After news of ASUS stopping productions of their Windows RT device, many think that this signifies the starting point of the death of Windows RT. However, Microsoft denied these claims and continue to churn out new advertisements comparing Windows RT devices with iPad in an attempt to gain the favour of consumers. 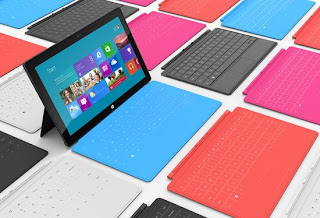 Microsoft is not in a good shape. Windows RT has seemed to move into a dead end and Microsoft still has a large number of Surface RTs in their warehouse. Even though these facts are hard to swallow for them, they continue to battle fearlessly against Apple. In the latest Windows RT advertisement, they tried to show that Surface RT is better than iPad. Of course, in their biased point of view, Surface RT ended up much better than the iPad.

Similarly, previous advertisements also showed that the Surface RT is better than iPad and its iOS. In many aspects, it is true but they also fail to highlight the other points. Surface RT indeed has many notable good features, but fails to capture the hearts of consumers in the long run. Additionally, the whole platform lacks popular applications. This is probably the main reason of their “failure”.

Samsung, HTC, HP and Lenovo are all considering to stop productions of Windows RT tablets because of its meager sales. ASUS CEO Jerry Shen claims that whole industry have the same sentiments as them. Windows RT is not as successful as expected.

If this trend were to continue, Windows RT will lose its support from manufacturers and products running on the OS will soon be removed from the market. Developers will abandon the platform, leaving consumers with an outdated device.