As we’ve known, AMD has reached the last number of their graphics card series. The next generation of  graphics cards for AMD is said to come in a Radeon HD9XXX branding. It may look odd of the number “10” was introduced for later generations down the road. 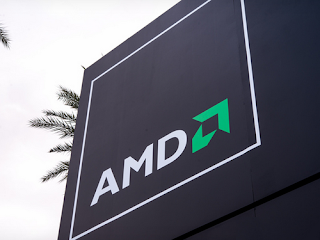 According to VR-Zone reports, AMD may launch their new products, i.e. supposedly HD 9XXX with a new naming convention. The next generation AMD graphics core codenamed Hawaii, Curacao and Oland. Curacao will still use a similar architecture to Pitcairn which was used in HD 7800 series. As for their model number naming convention, AMD will not continue to have solely numbers for their newer models. Instead, they will clearly segment the graphics card into different product line with the use of clear product branding. For example, it will be similar to Intel’s Core i3/i5/i7 processor naming, or even AMD’s own A4/A6/A8/A10.

AMD Graphics card may be named in a R9-XXXX/ R8-XXXX method. It seems like AMD wants a similar naming convention with their APU. A stands for APU, while R stands for Radeon. Well, that makes a lot of sense!

Another source claims that AMD’s Kaveri APU will be postponed to February 2014 because AMD’s production capacity are distributed to the PS4 and Xbox One this year. If that is the case, Intel’s Haswell will probably have more time to conquer new territories of AMD’s market share, adversly affecting AMD in the CPU race.

Mass production of iPhone 5S will start later this month. At least 25 million units are expected to be shipped in September

HP with a new Android Smartphone too? HP BRAVE 657A leaked