Google has held a press conference earlier today to officially announce and launch a new Nexus 7 tablet and Android 4.3 operating system. Android 4.3 is still under the Jelly Bean series and is the most current version for Android OS to date. The new Nexus 7 tablet will preinstalled with Android 4.3, and updates will be coming to Nexus 4 smartphones via OTA updates. 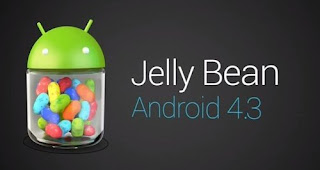 Compared to Android 4.2, there are four major changes that 4.3 brings :

1. Multi User Login Capabilities
Android 4.3 is the first mobile operating system to support multiple login accounts from a single device. This can allow users to set accounts specifically for their kids and etc as the master user will be able to control and limit contents and permissions for specific users. This is similar to Windows Phone 8’s Kid’s Corner.

2. Bluetooth Smart
Bluetooth Smart is a “low-power Bluetooth” feature. On Android 4.3 Bluetooth power consumption will be reduced significantly as compared to previous Android versions. This allows users to spend more time on their bluetooth devices like their bluetooth headsets, health monitors, smartwatch without worrying that the phone will run out of battery.