Google held a small scale event in San Francisco this morning to officially release a new generation of Nexus 7 Tablet PC together with Android 4.3 Operating System and a new “Chromecast” TV Stick. 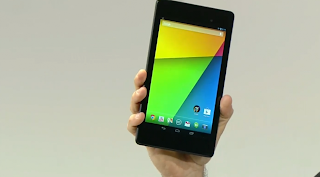 The new tablet device has improved its overall camera quality as well, proving to be much better than previous generation’s camera which perform quite badly. The refreshed model adds a 5 Megapixel rear camera but the front camera remains at 1.2Megepixel. In other aspects, Nexus 7 also has support for Bluetooth 4.0, NFC, dual stereo speakers, 4G LTE, HDMI output and a long battery life. The device is said to lasts 9 hours on continuous HD video playback and 10 hours on web browsing. 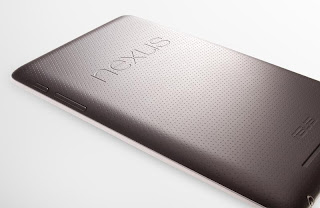 There are currently 3 SKUs for the new Nexus 7, namely 16GB Wi-Fi, 32GB Wi-Fi and 64GB LTE which are priced at 229USD, 269USD, 349USD respectively. The device will start selling from 30th July in UK, Japan, Canada, Germany, France, Australia, Spain and South Korea.