SSD Manufacturer OCZ has shown their newest PCIe based Vector SSD at COMPUTEX 2013. This SSD uses an Indilinx Barefoot 3 controller. 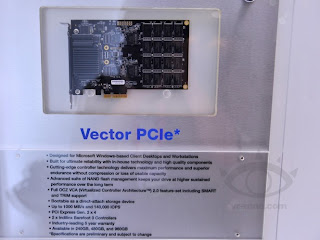 OCZ Vector PCIe edition uses a PCI Express 2.0 x4 interface. It comes in 240GB, 480GB and 960GB capacities and is targeted towards Windows based desktops and workstations, providing high storage IO performance on such devices.Using two Indilinx Barefoot 3 Controller, Vector PCIe can reach a maximum speed of 1000MB/s and even reach 140,000 IOPs. 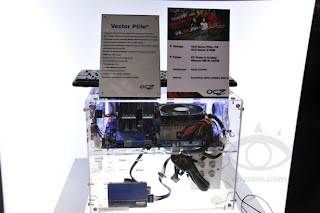 However, as these products are still in development, there may be future changes to the model name and branding. Specifications are also said to be improved in the future as development advances. 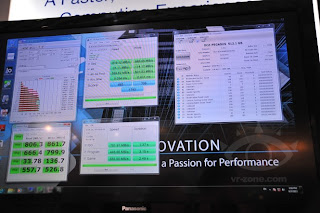 Onsite at COMPUTEX 2013, live demo sets are also shown to show the true prowess of these SSDs. As these are still being developed, only take the performance test benchmark results as a reference.