Ever seen someone on Facebook using #hashtag? You may once think that they trying to be funny, bringing the twitter experience over to Facebook with some lame ass tags, but it seems that #hashtags are finally coming to Facebook. 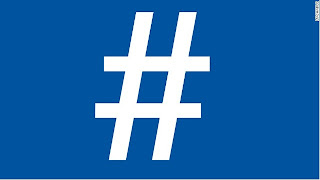 Hashtags for Facebook are said to help users better surface conversations. In fact with hashtags, Facebook just became a superset of Twitter. It can do everything that Twitter does and more. Of course, you won’t get any word limits.

The support for the topic organization system was rumoured in March and will roll out to a small percentage of users on Wednesday. Facebook will roll out hashtags to more users in the coming weeks.

With hashtags, users will be able to easily find available content that are already on Facebook. According to Facebook, many users are already posting a lot of hashtags anyway, so the new addition to Facebook to make them work. Hashtags can be clickable and searchable. That means we will be ready to see more food images on Facebook hashtagged #foodporn.