During the keynote session at BlackBerry Live event held earlier today, BlackBerry CEO Thorsten Heins announced that BlackBerry messaging service will be soon made available across major mobile platforms including Android and iOS. 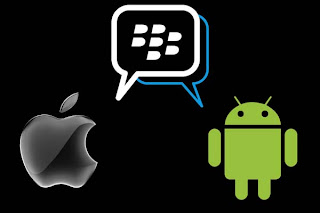 Thorsten Heins mentioned that BB10 is a powerful platform and that BlackBerry is confident that BBM will become one of the major  message delivery solution.

As for Android and iOS based tablet device, BBM will be rolled out in stages. The application will first have individual and group text functions, and additional features like voice and video chat will be added gradually.

It seems that BlackBerry is head on with current popular messaging applications like WhatsApp, WeChat and Line. It is even possible that Skype will soon become their competitor when BBM video chat functionalities are rolled out to the app. We can see that BlackBerry is indeed trying very hard to gain back the confidence of general consumers and we believe that they have the capabilities and experience to do so, having such bold moves to tackle competition even though they are already on solid grounds.

The Android and iOS version of BBM will be published to their respective marketplace this coming summer.

Purchase an AMD APU bundle and get Sim City for free!