Home » Google Glass will only be available a year later

According to foreign media reports, Google executive chairman Eric Schmidt said in an interview with the media that their Google Glass product will only be available in approximately a year’s time.

Eric Schmidt said, “We are only just beginning to deliver the first version of Glass to developers. Frankly, in the next few months, there will be at least a few thousands of people using Glass, and we will modify the design based on user feedback. Therefore, Glass will be available only in a year’s time.” 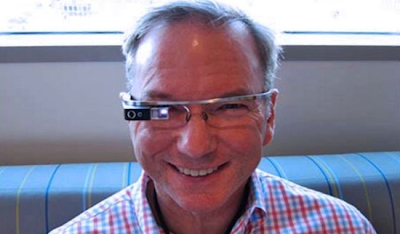 Schmidt also pointed out that due to Glass’ capabilities to take photos and videos discretely, it will bring up a new topic on privacy and digital etiquette.

“Typically, this type of wearable computing device will bring such concerns. We will need to build up a new social etiquette model and present such issues to the public. Obviously, taking photos at places where photography is strictly not allowed is not appropriate, and this problem has already been prevalent with smartphones.”

Google Glass can take photos and videos, send and receive email and also posting and sharing on social media sites. The device can be controlled by voice, gestures and touch. Last week, Google started to roll out Glass to developers, allowing them to test on the new product.

Google said that developer version of Glass will not be the actual retail version of Google Glass, and that changes will be made to refine the product further.

Android 5.0 could be delayed - No Key Lime Pie at Google I/O?