Android 5.0 could be delayed – No Key Lime Pie at Google I/O?

As Google I/O comes near, many people are waiting for the arrival of the new Android 5.0 Operating System, codenamed Key Lime Pie. 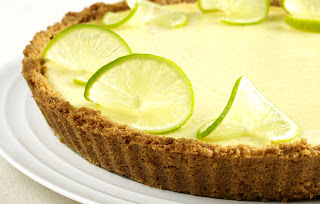 As we are looking forward to Google launching a new Nexus 5 smartphone at Google I/O 2013 with a snappy Snapdragon 600 processor and 1080p Full HD Display by LG, there have been rumours and news sources claiming that Google will disappoint this time. It seems that the device will be delayed at least from 2-4 months as Key Lime Pie will only be ready by then.

The main cause of the OS delay is probably because Google wants to give manufacturers more time and space to leverage on the current Jelly Bean platform before releasing a new Android Operating System. Yes. Google’s development is TOO fast for Android device manufacturers to catch up.

At present, there is quite a number of manufacturers still trying to make improvements and custom modifications to the latest Android 4.2.2 OS. Besides, some are still trying to provide update from the current 4.0 ICS to the latest 4.1/4.2.2. Google hopes to be able to give newer vendors more time to adopt the latest OS from Google.

Nexus 5 will probably not be announced at Google I/O, but it is rumoured that Google will release a new LTE 32GB Nexus 4 refresh. The prices of Nexus 4 devices will then be as follows :