It has been made known to us that BlackBerry will be launching a full line-up of BlackBerry 10 devices. They have segmented the market into 3 main groups, namely entry-level, mainstream and high end markets. In each segmentation, there will be at least a full touch and a QWERTY based phone offering. Also, the CEO of BlackBerry Thorsten Heins also hinted that there will be a high-end BlackBerry 10 model coming during the holiday seasons, possibly adding a new phone to the Z10 high end target market, possibly called the Z20. 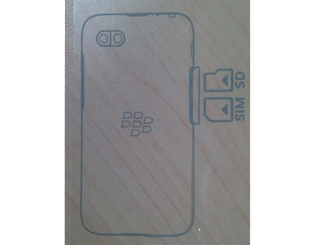 A leak from various online sources has indicated that BlackBerry is planning to offer an entry-level BlackBerry smartphone sometime in summer. The phone will be a minified version of the BlackBerry Q10, with an integrated QWERTY keyboard. It is currently made known to be the “R-Series”, and probably called a BlackBerry R10. It will have two side slots for the microSim and the microSD card. Even though it could be rare to see BlackBerry using a side slot, it has been done before BlackBerry Bold 9000.

A tester of the entry-level model has drawn a sketch of the device for the internet as a NDA prevents him from taking a photo of the unannounced smartphone.