Unfortunately, we have to wait probably for an hour or more to see the actual Z10 unit. Also, it is reported that the smartphone will start selling today in some countries. As for Singapore, we are still unsure of the launch of these devices, but we are keeping our fingers crossed with the possibility of it being available at all the 3 major telcos tomorrow.

According to British operating Vodafone, the BlackBerry Z10 will be available on 5pm, 30th January (UK Time). Another noticeable change in the leaked instructions list is that BlackBerry 10 devices need not to sign up for a BlackBerry Data plan in order to use BBM and emails. Any standard 3G/4G data SIM will work on the device, which probably is a good news for most consumers on the market. 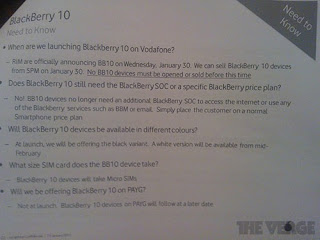 ﻿At launch, only the black version of BlackBerry Z10 will be available. White versions are to come in mid February. 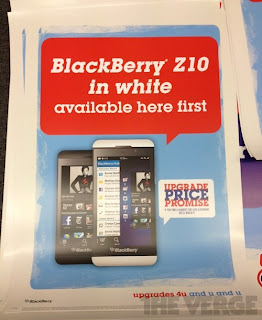 Additionally, the list also showed that BlackBerry Z10 will use a micro SIM card. We are awaiting for the launch of the event later to give more news on BlackBerry 10 and the devices which comes with it.