Last year in November, there were news that LG will launch a white version of the Nexus 4 device which most likely will be on sale in December. However, now that December has passed, we still aren’t seeing any of these white smartphones on the market. Because of the delay, many thought that the previous speculations could be fake. However, phoneArena just recently received a leaked photograph of the white Nexus 4, dismissing that suspicion.

According to the photo’s EXIF meta data, the photo was taken last week by a LG Optimus G phone. It could probably be just a coincidence, but we cannot rule out the fact that a LG internal personnel could have intentionally leaked the images to feed the curiosity of the media. At the bottom of photo, we can also see the signiture mosaic patterns on the phone which was also on the black Nexus 4, makiing us even more certain that this device is indeed the Nexus 4.

In addition, phoneArena even made use of FotoForensics to ensure the authenticity of the photo. The results were positive and the photo have not been doctored/photoshopped. This confirmed the availibility and existence of a white Nexus 4 device, but the release date remains a mystery. We can only wait patiently for the release of the forever trendy white version of the Nexus 4. 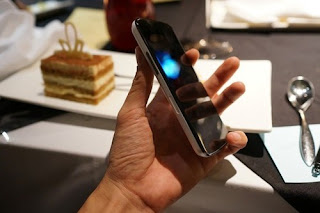 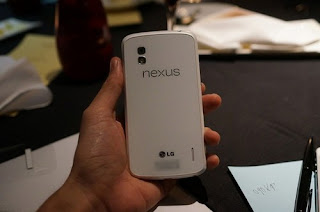 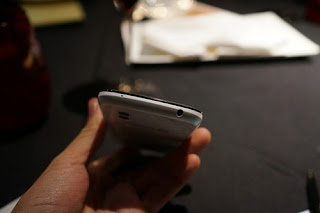