Don’t sit on an iPhone 5

Apple finally launched their latest generation of iPhone to China’s market, and got tremendous response from the Chinese, hitting 2 million units being sold in within 3 days. Reviews from Chinese users started surfacing on the internet showing mixed feeling with the phone, but generally, the phone did meet Chinese consumers’ expectations.

However, bad luck ‘keith512′ wasn’t so lucky with his iPhone5. Just a few days after the purchase of Apple’s flagship phone, he accidentally sat on it as it was kept in his the back of his pants’ pocket, bending the whole unit. Surprisingly, the unit still works despite of the significant bend, but the deformity prevented it from reading his SIM card. 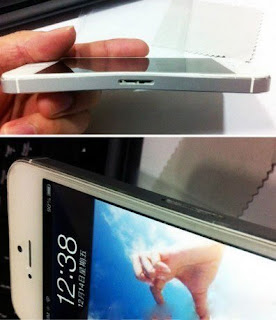 Netizens responded the post humorously, saying that he created the “World’s first ergonomic smartphone and should patent it” , and that “keith512” has got a crazy ass to bend the phone to such a perfect curvature. One even compared the durability of the iPhone to a Nokia, and stated that it will be his ass that will be bent if he sat on a Nokia.

In the pursuit of thinner and lighter phones, the physical strength of the phone has to be compromised. In order to manufacture the iPhone to the current thickness, the aluminum material body will not be able to withstand much pressure and will easily result in phone deformities. Coupled with iPhone 5’s longer body length, such bending to the phone is bound to happen if it was sat on.

Probably in future durability tests, instead of only dropping smartphones in water tanks or using a hammer to hit on the screen to check its reliability, we can try sitting on the phone and see if it actually bends.