Last week at CES 2023, AMD announced at their keynote address the launch of the new 65W Zen 4 processors. Namely, the three new processors are Ryzen 9 7900, Ryzen 7 7700, and the Ryzen 5 7600. Riding on the power efficient Zen 4 design, these processors are expected to be running at their optimal forms, well balancing between power consumption performance.

Moreover, since the cost of the newly launched processors is also lower, and that CPU coolers are also included in the package, these are generally more affordable than the more power-hungry alternatives.

While they may be more power efficient, these processors will still come with all the goodness that is paired with the new Zen 4 architecture, which includes the support for PCIe 5.0 and DDR5 memory. Essentially, these products are more sensible” for mainstream users, as they are almost identical to their “X” counterparts. We reviewed the Ryzen 9 7900X and Ryzen 7 7700X when they were launched.

In this article, we are going to compare the AMD Ryzen Zen 4 65W processors with their higher TDP variants to determine if there is a large performance difference between differently configured TDP. To make things more interesting, we are going to use the same CPU air coolers to see how much of an effect will the choice of CPU coolers make. With the AMD Ryzen 9 7900 and Ryzen 7 7700, you will also receive the AMD Wraith Prism (with LED) CPU cooler. This trusty air cooler is very easy to install and uses the usual AMD clips to secure itself onto the CPU. It’s our standard CPU cooler to use on AMD platforms since it was first introduced in the first generation of Ryzen processors, and we must admit that it performs considerably well as a stock CPU cooler. 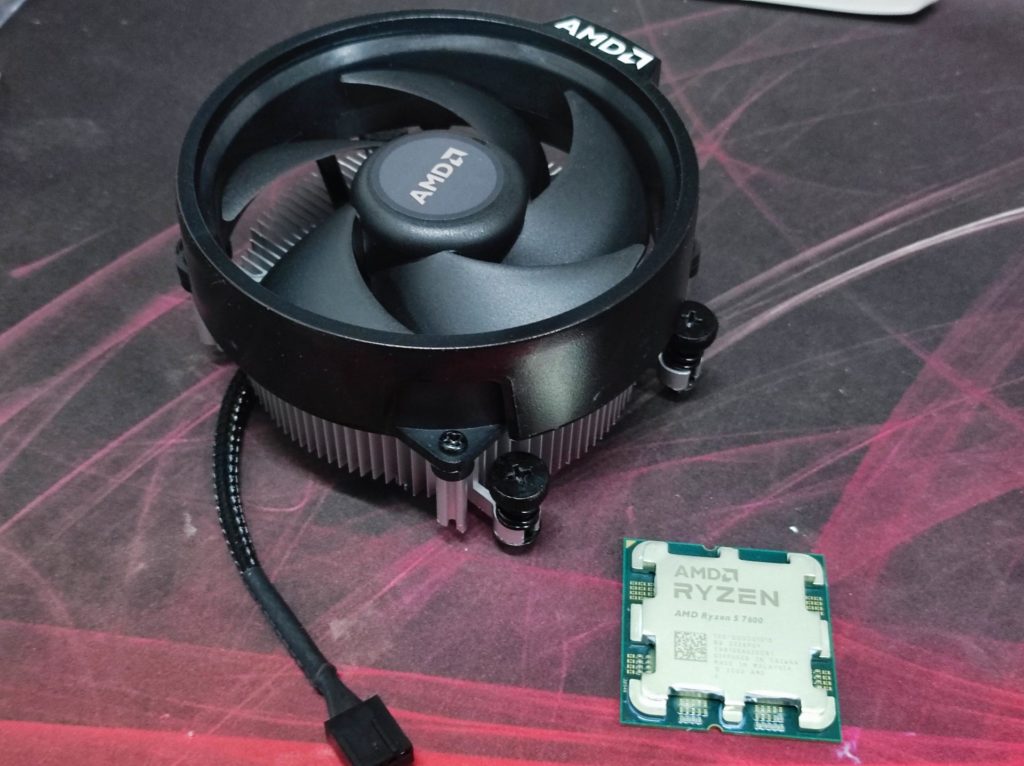 On the other hand, the Ryzen 5 7600 only comes with the Wraith Stealth cooler. This cooler was issued with lower end and less power-hungry CPUs. Even though all CPUs are rated at the same TDP level, we wonder if this CPU cooler can tame the heat coming from the Ryzen 5 7600.

In our tests, we are going to put the Ryzen 9 7900, and Ryzen 7 7700 against both their ‘X’ versions. In these tests, the ‘X’ versions were also equipped with the same Wraith Prism stock cooler. Just for curiosity’s sake, we were wondering if a higher TDP-configured CPU will run poorer or better with the same CPU cooler, especially when thermal limits could be reached with higher TDP-configured CPUs. On top of that, we also have the Ryzen 5 7600 for comparison. Our focus on these tests will be on their performance, temperatures, and power consumption. 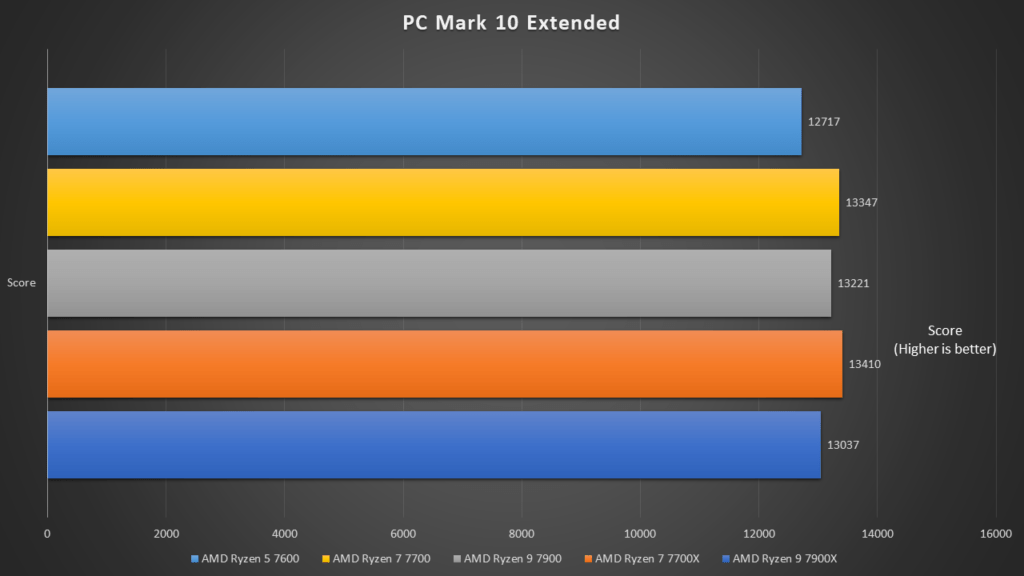 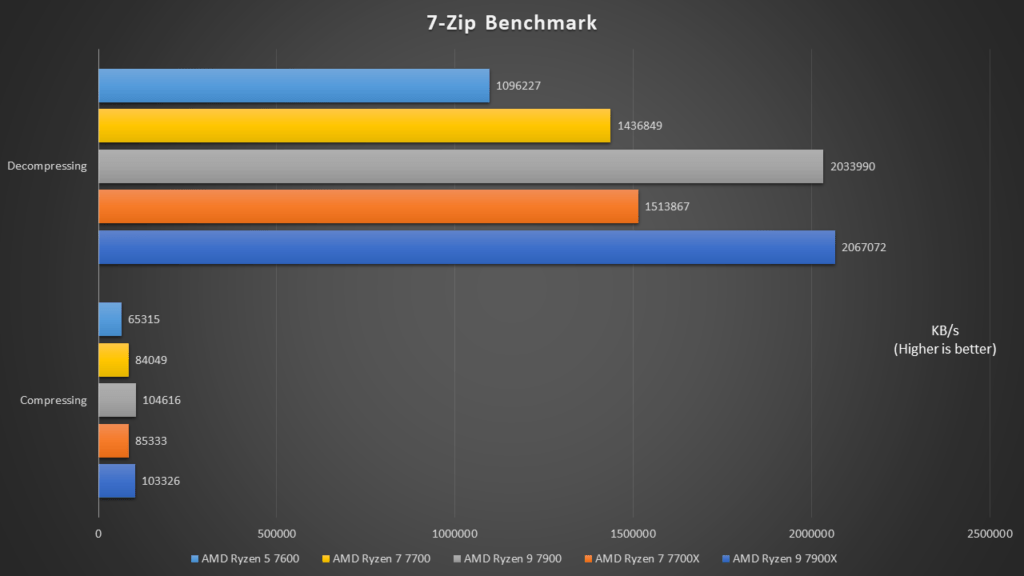 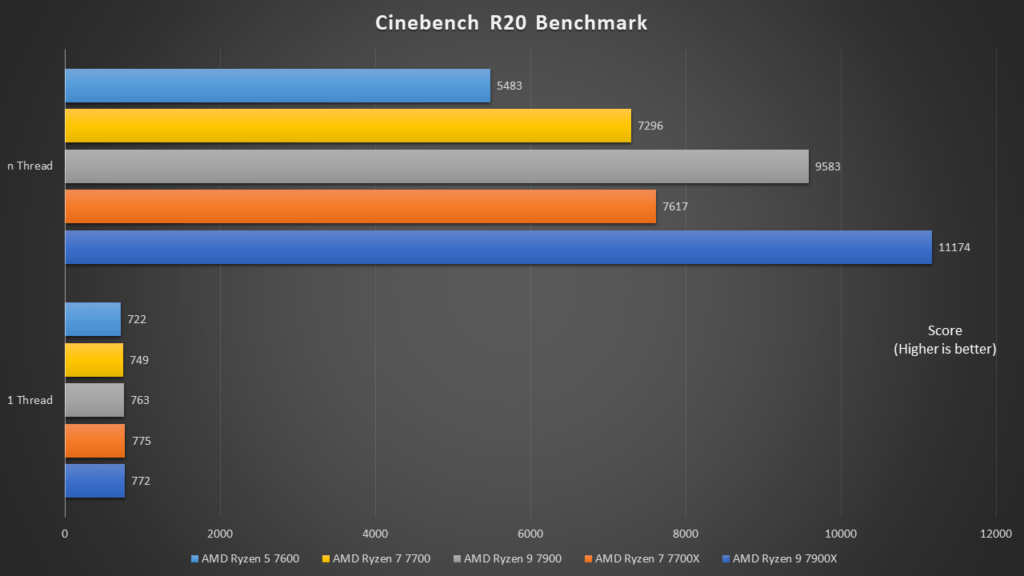 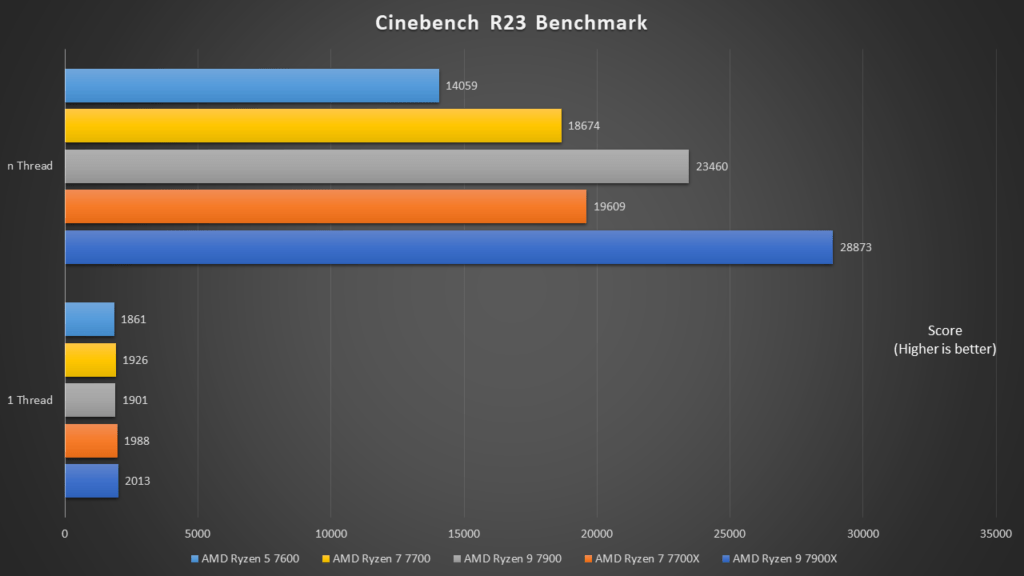 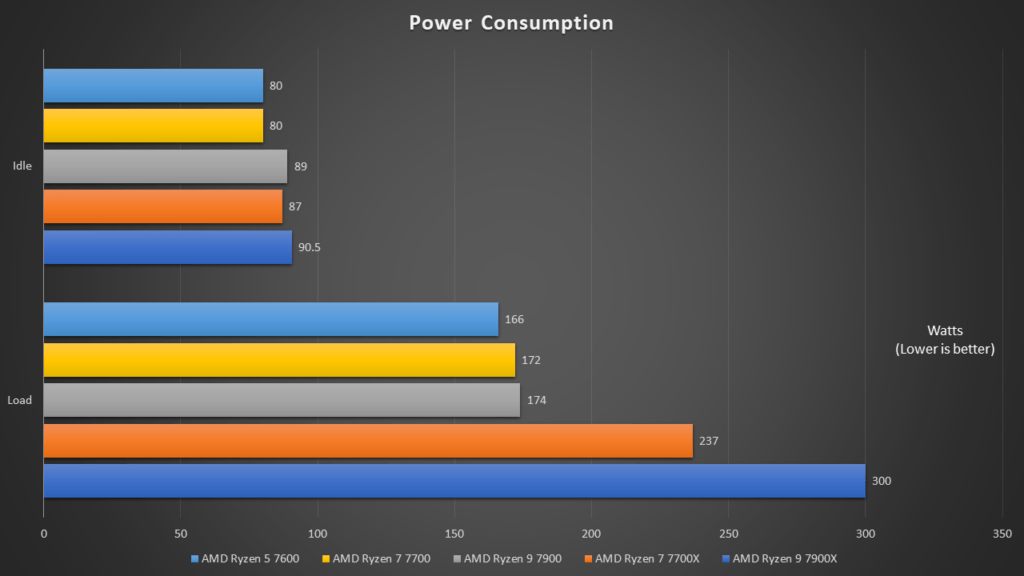 The 65W AMD Ryzen 9 7900, Ryzen 7 7700, and Ryzen 5 7600 have met our expectations of being high-performance and energy-efficient processors of the future. As seen in the power consumption tests, they consistently consumed much lesser power than their ‘X’ variant. The ‘X’ variant was consuming quite a bit more power, but its performance gains weren’t as significant as expected. We can see that the 65W variants hit a sweet spot between efficiency and performance.

Another thing that we’ve noted that is the Wraith Stealth cooler that comes with the Ryzen 5 7600 doesn’t perform that well. We would recommend changing the CPU to something better to ensure that the CPU can run at its expected peak performance.

Ultimately, should you purchase the Ryzen 9 7900, Ryzen 7 7700, and Ryzen 5 7600? In my opinion, if you are looking for a capable CPU to power your everyday tasks and play high-resolution 3D games, these products will fair well. However, if you’re someone who will never settle for something worse, the X variants will always be available for a higher performance headroom. Being logical people, these processors will do just fine.