The competition between different brands of CPUs heats up with the introduction of the new Intel 12th Generation Core processors. Currently, based on our tests, the new flagship Intel Core i9 12900K processor can perform extremely well in games, keeping the guys in the red camp on their toes. This could partially be attributed to newer technologies adopted by Intel for their new products, such as support for DDR5 memory and even PCIe 5.0.

However, while it all may seem good in terms of performance numbers, the unfortunate fact is that not all gamers can afford to purchase the best of the best. To address this concern, instead of getting the top of the line Z690 chipset motherboard to pair with your new 12th Gen processor, gamers can also have the choice of purchasing the new B660 chipset motherboards. In fact, the B660 chipset is just a stripped down version of the Z690 chipset with lesser DMI 4.0 and PCIe lanes. 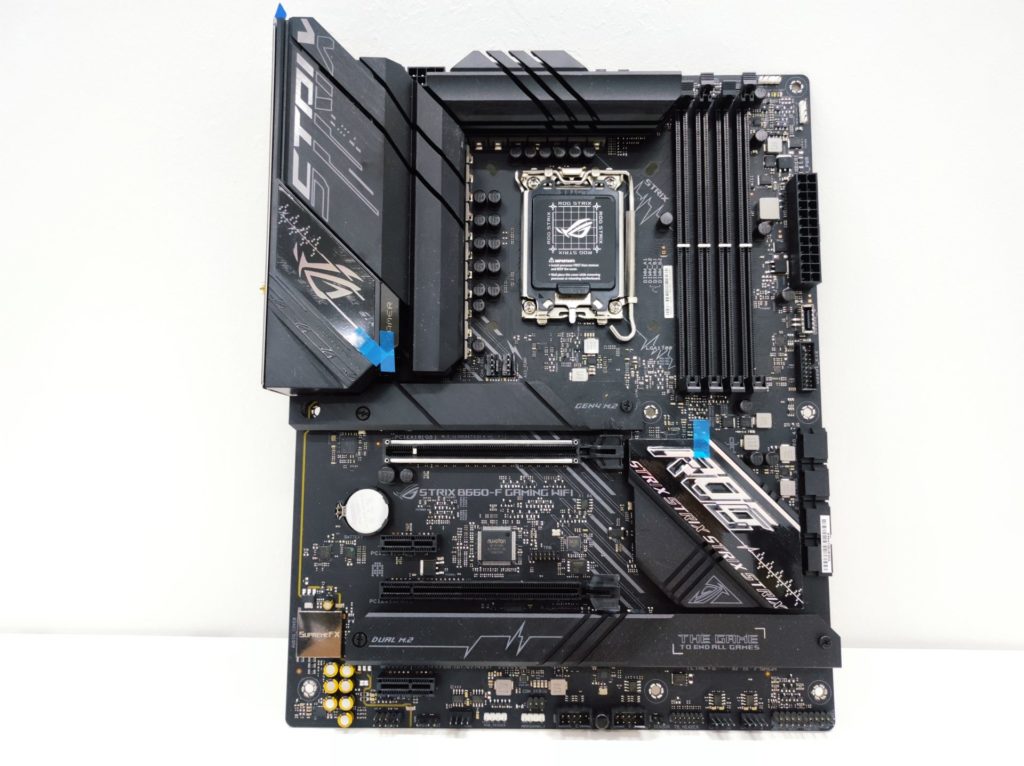 Based on our first impression of the ASUS ROG STRIX B660-F GAMING WIFI, we would think that it’s a premium offering from the ASUS ROG team. Aesthetically, it seems to be designed with quite a bit of thought, and is definitely not to be categorized as a budget motherboard. 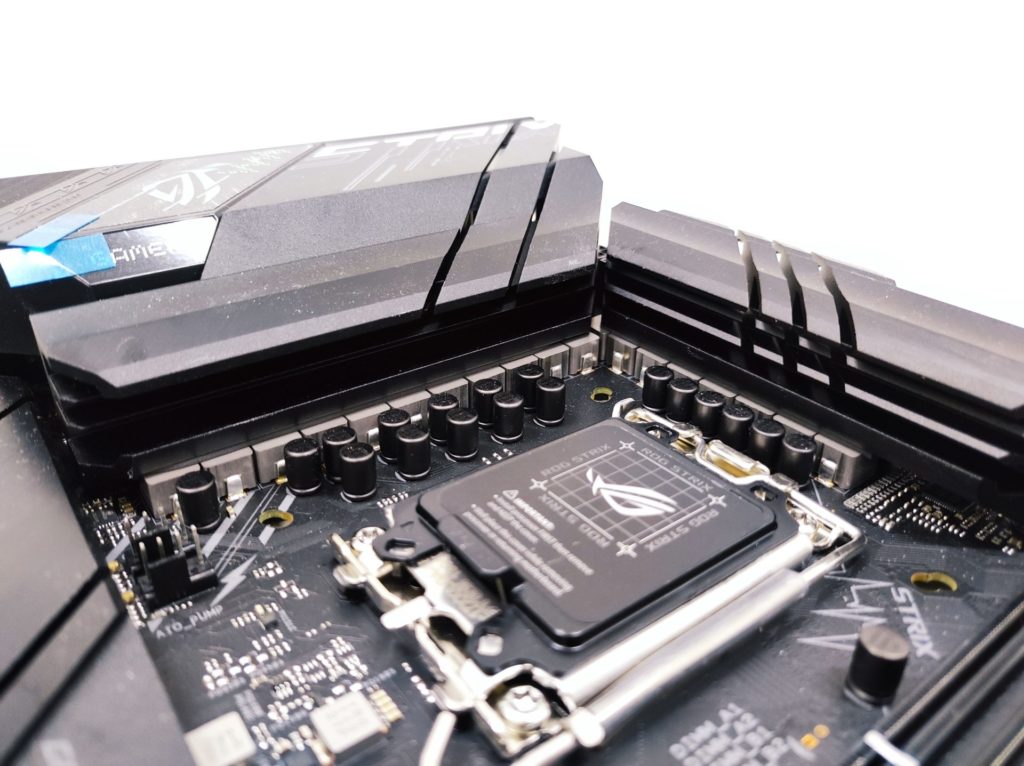 The motherboard is also quite well-packed, with a more than decent power delivery and voltage regulation system. It uses a 16+1 Teamed Power Stage design which combines the high-side and low-side MOSGETs and drivers into a single package. This allows the CPU to take advantage of the added stability and efficiency.

ASUS also did not scrimp on the motherboard, as it continues to use high-end alloy chokes and durable capacitors which are made to resist extreme temperatures. The whole motherboard is made with 6 layers of PCB that can also aid in heat dissipation and improved stability in power delivery. As a gaming motherboard, the ASUS ROG STRIX B660-F GAMING WIFI also features a premium audio chipset. It features the ROG SupremeFX, which is a unique blend of hardware and software to deliver the best possible audio quality. This motherboard features the ALC4080 codec that can allow up to 384KHz of playback resolution. The front panel audio circuitry also is built-in with a Savitech amplifier to support the range of gaming headsets and Hi-Fi headphones. 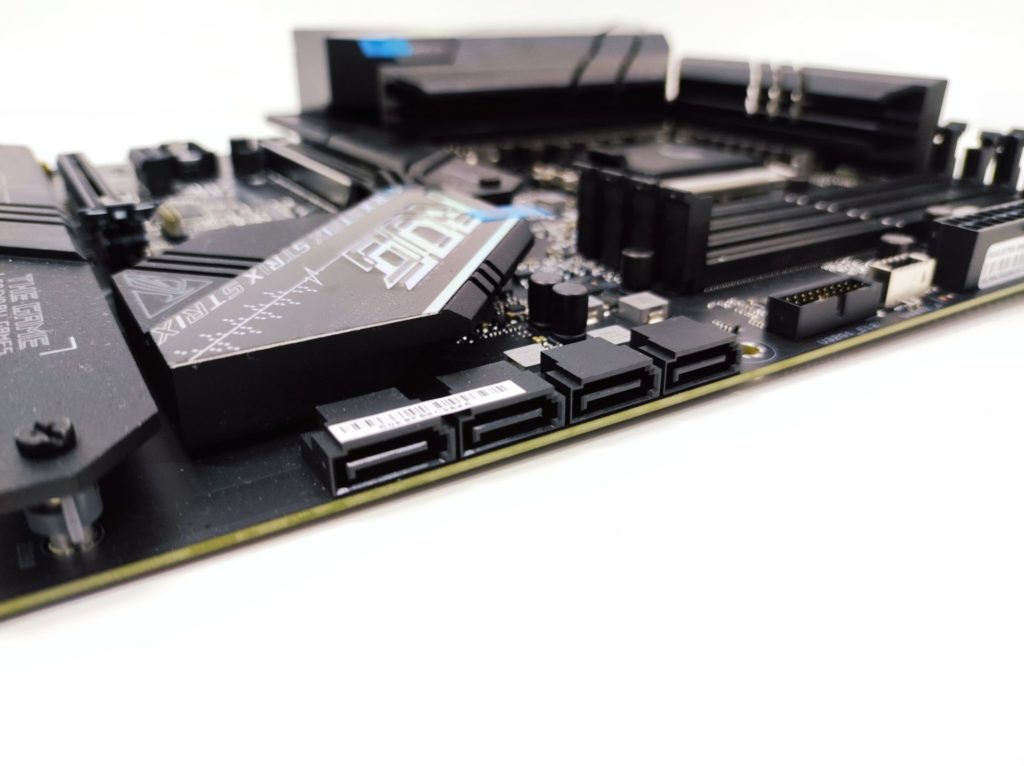 The ASUS ROG STRIX B660-F GAMING WIFI comes with 6 x SATA 6Gbps ports, rather than 6 or 8, like we see in higher-end models. 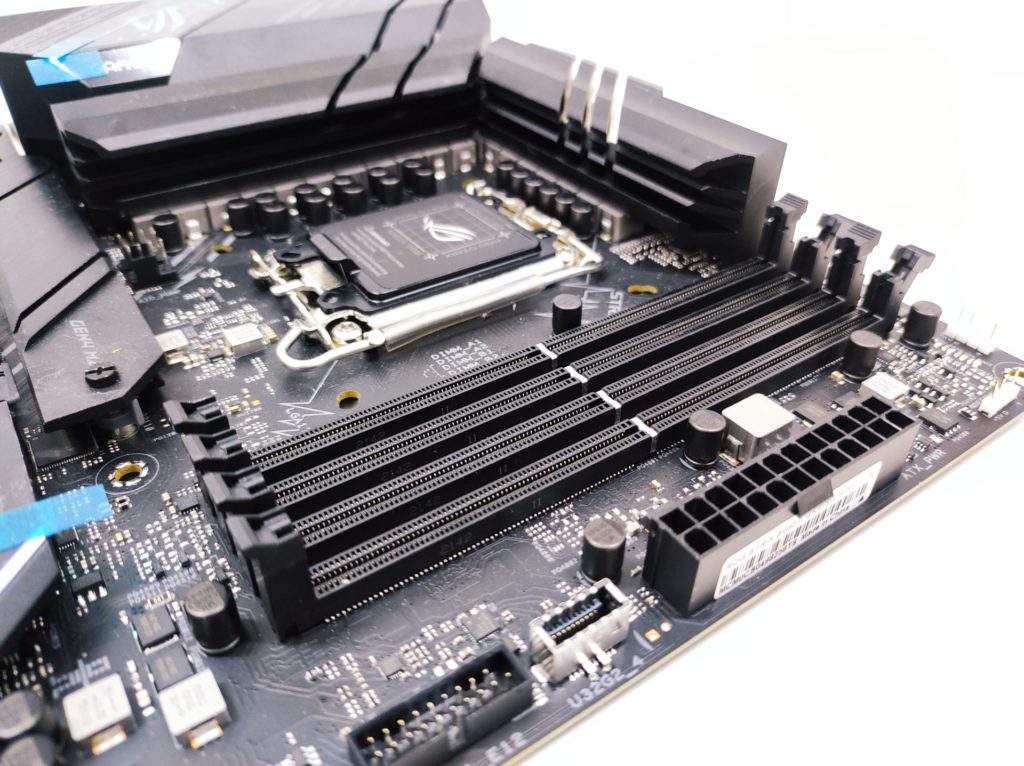 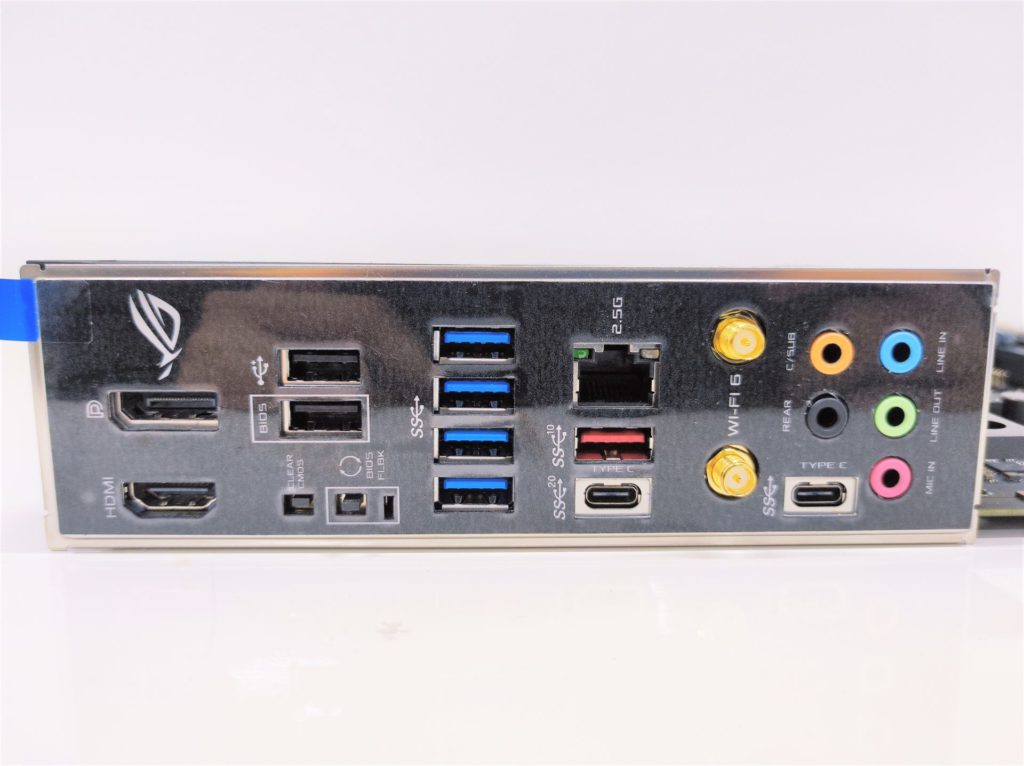 Upon removing the M.2 slot heatsinks, we also found 3 x M.2 slots. Out of the three, two of it supports PCIe 4.0 x4 mode, while the last only supports PCIe 3.0 x4 instead.

In fact, just by quickly going through the various features of the ASUS ROG STRIX B660-F GAMING WIFI, we can see that it’s still a very capable motherboard. You can still get all the latest features you want from the Z690 chipset, such as PCIe 5.0, DDR5 and even M.2 PCIe 4.0 support. It’s a good start for those who wants to future proof their system with the latest technologies provided. 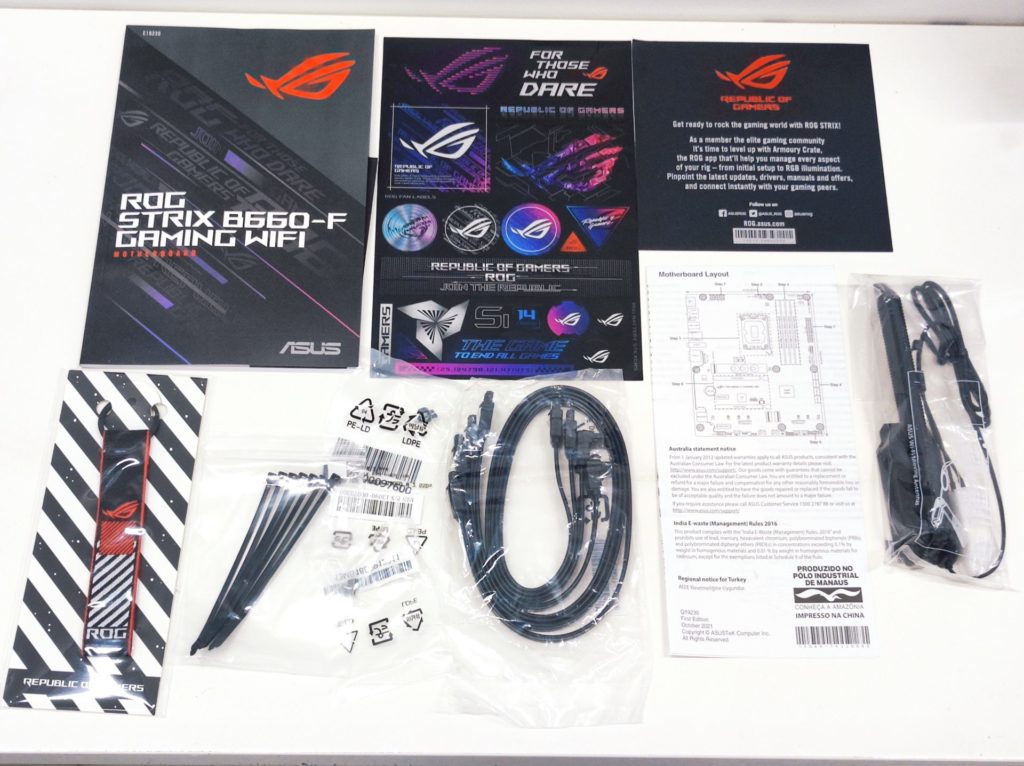 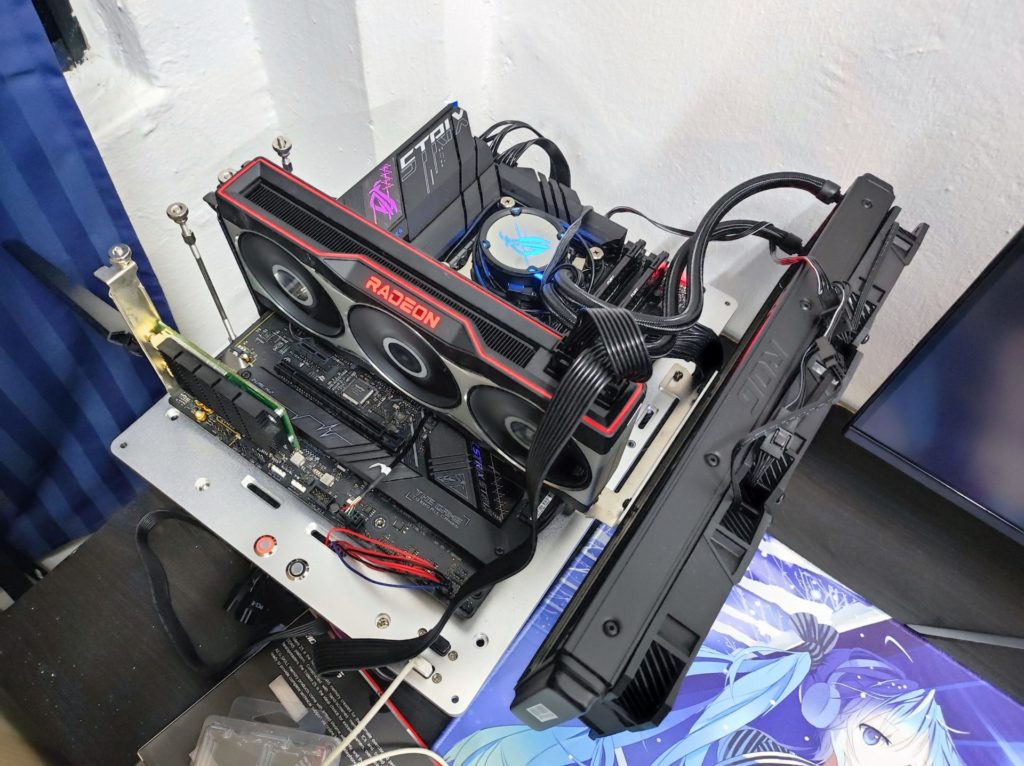 The tests were conducted with the following settings configured: 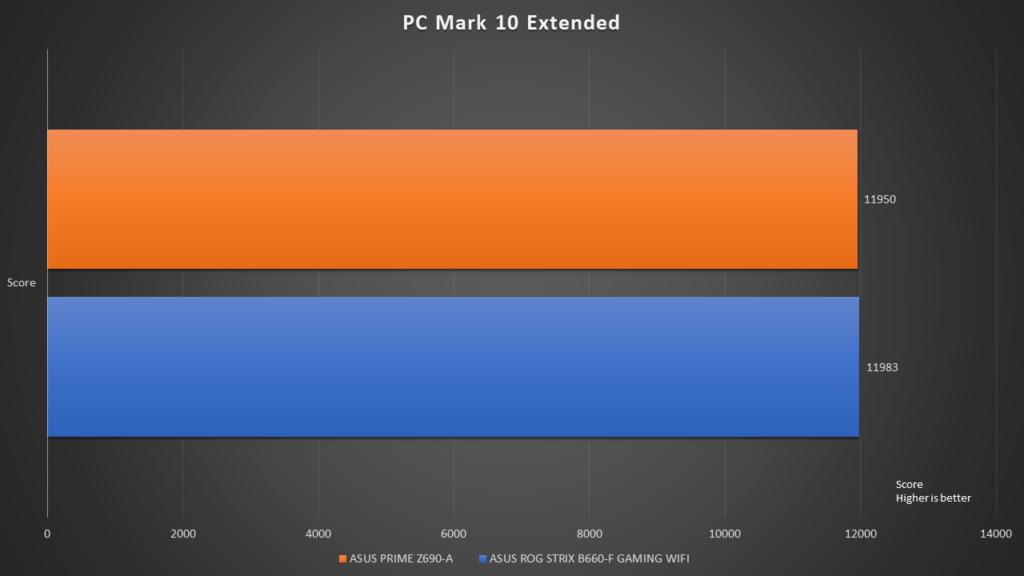 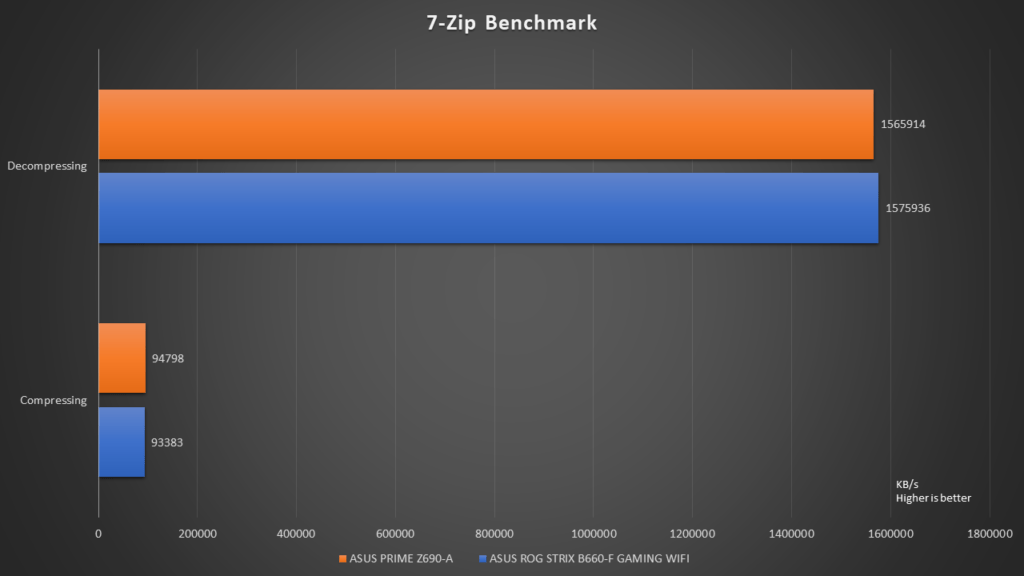 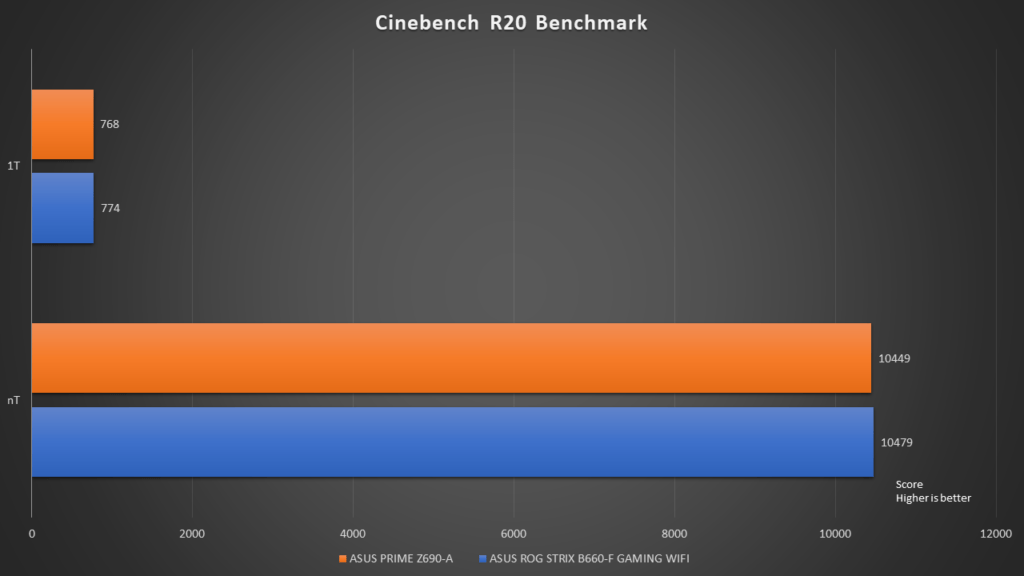 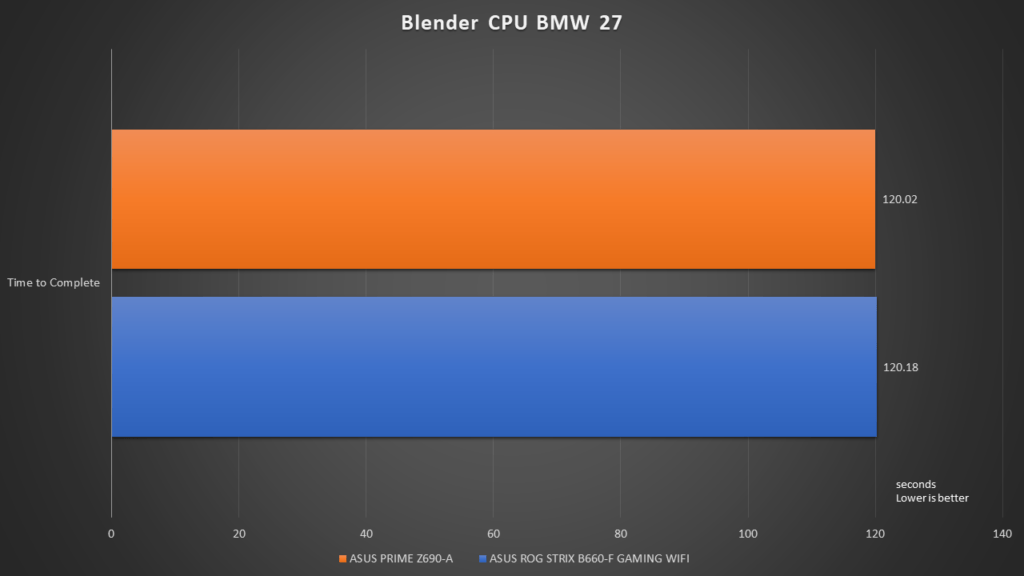 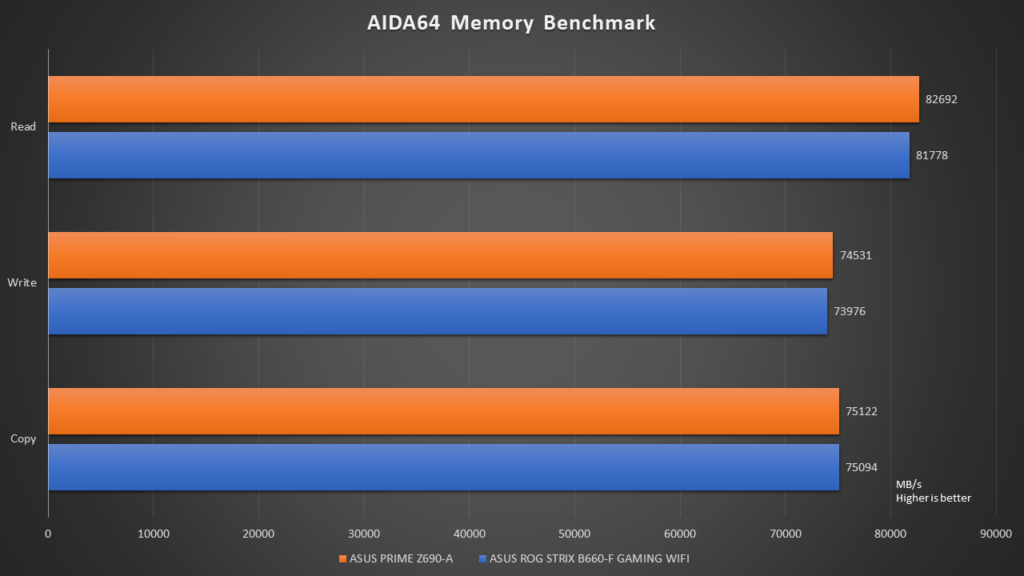 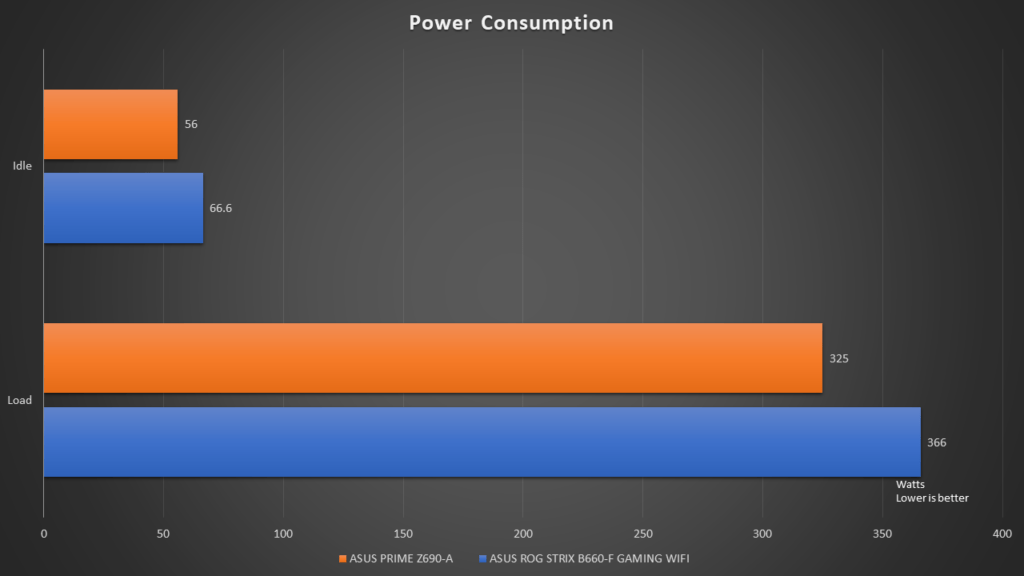 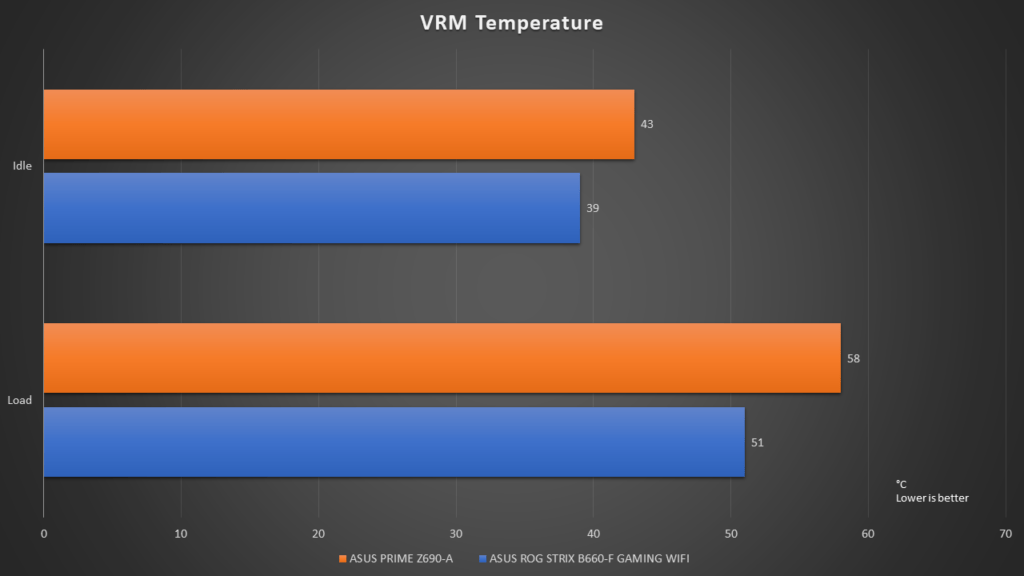 Our test results have shown us that there is no difference between a B660 and a Z690 motherboard in terms of the eventual performance you can get out of them. However, we must still say that the B660 chipset still has its shortcomings. Due to its limited number of PCIe lanes, if you do plan to have a PC with multiple graphics card or high bandwidth add-on cards, the motherboard may not fully support the bandwidth requirements.

However, the B660 makes adopting the new Intel 12th Generation Core processors a lot more affordable. Moreover, it still features all the latest technologies and standards that makes what the new processors and systems special today. If all you need is a simple gaming desktop with just a single graphics card, the ASUS ROG STRIX B660-F GAMING WIFI can offer more than what you need.