I believe that many people have experienced some kind of data loss from their computing devices before. It could be caused by malware infection, ransomware, or perhaps hardware related faults such as hard drive failures.

No doubt, our data can be very precious in today’s digital world. As a contingency, it makes sense to always backup your important data into a reliable external drive for safekeeping.

This is also one of the reasons why Seagate has recently launched the One Touch SSD. 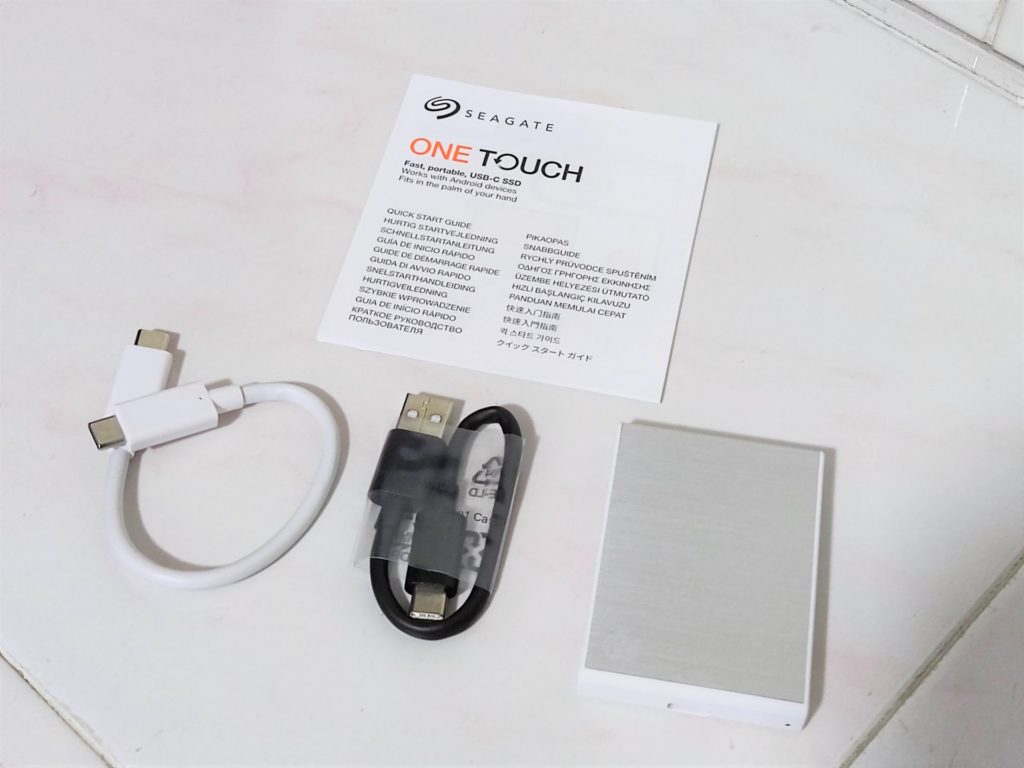 The Seagate One Touch SSD is designed for portability and interoperability. This is why it has been created with a USB Type-C interface to ensure that it can work with your PCs and even your smartphones.

As compared to usual portable thumb drives, an SSD usually performs a lot faster. This is why it is also very suitable for backing up large files. In fact, the Seagate One Touch SSD comes in a range of capacities, starting from 500GB all the way to 2TB.

Aesthetically, the Seagate One Touch SSD looks quite interesting. The brushed aluminum top cover gives the storage drive its strength and form, making sure that its internal components are well protected.

The fabric sides provide another level of sophistication to the overall design of the drive, making it quite unique as compared to what’s in the market. We can see how some people can be attracted to such a combination of two materials on a consumer product.

As the drives are tested on the Windows platform, they have all been formatted to NFTS for our test. This is different from what the Seagate One Touch SSD came with (exFAT).

The Seagate One Touch SSD is compared with the GIGABYTE Vision Drive and Transcend ESD350C SSD. 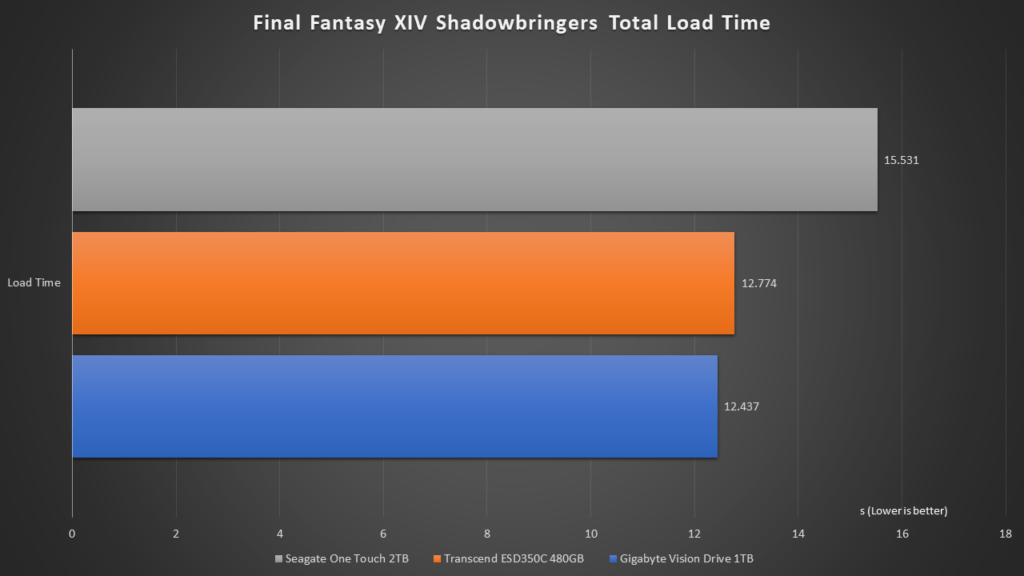 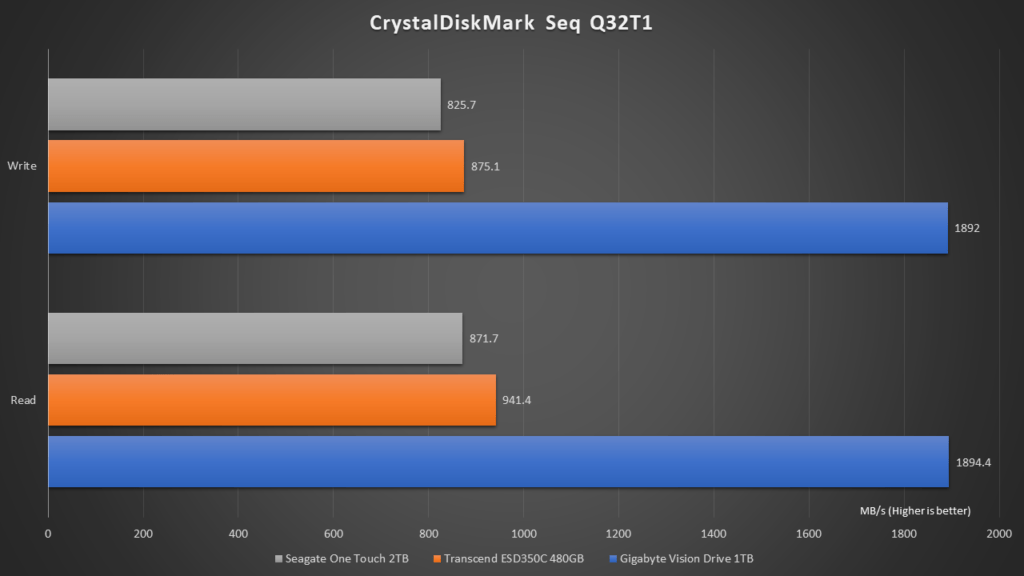 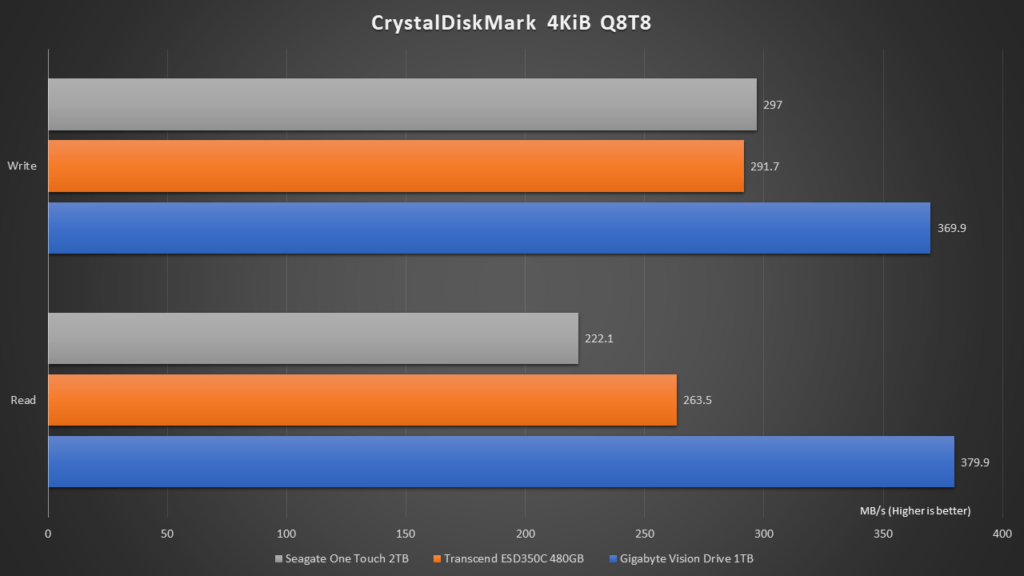 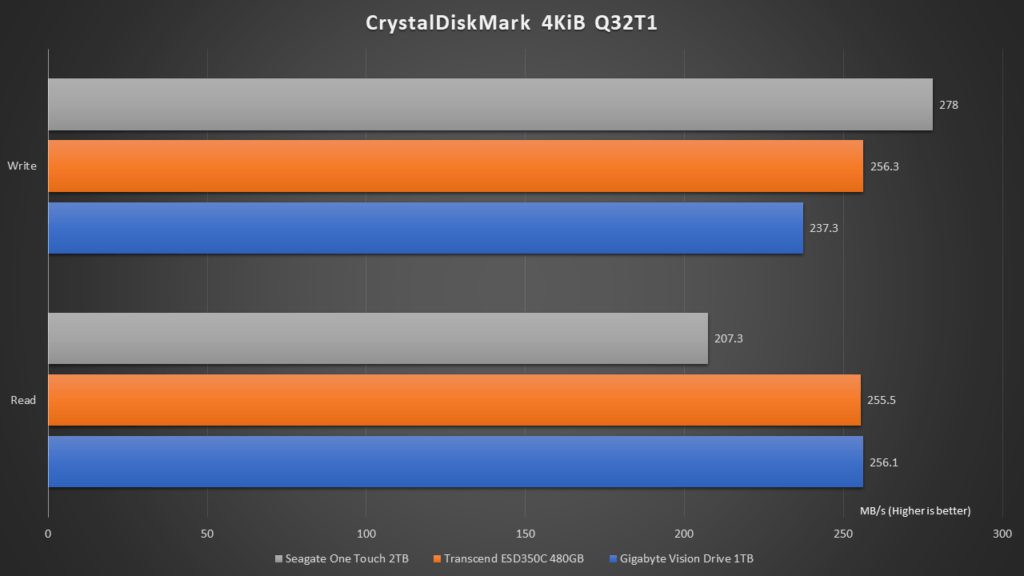 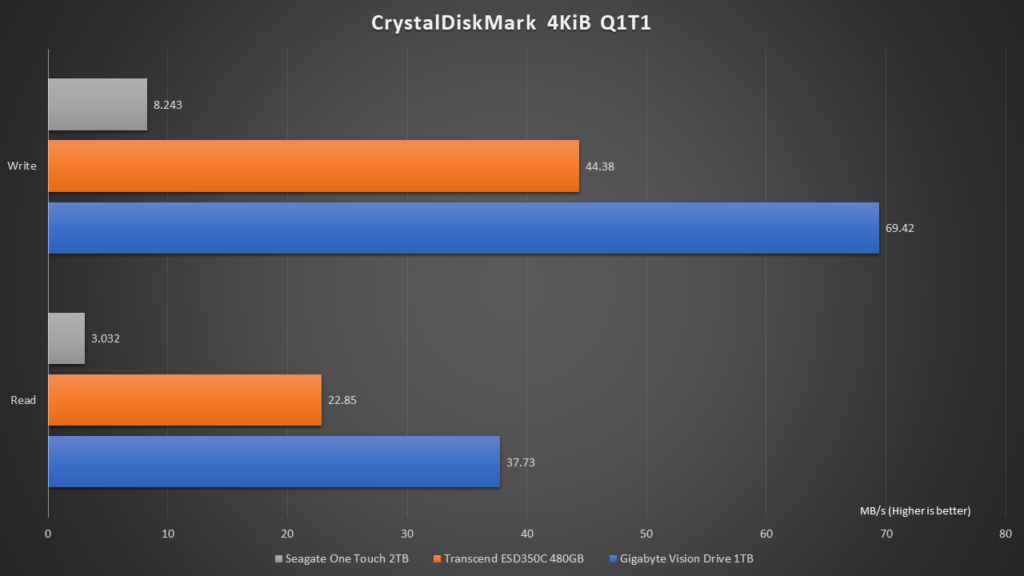 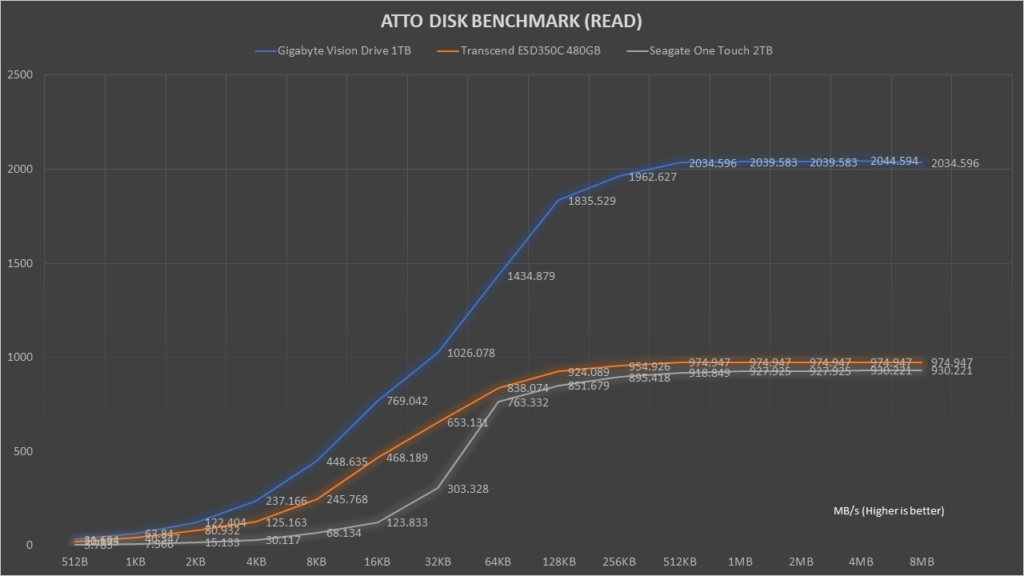 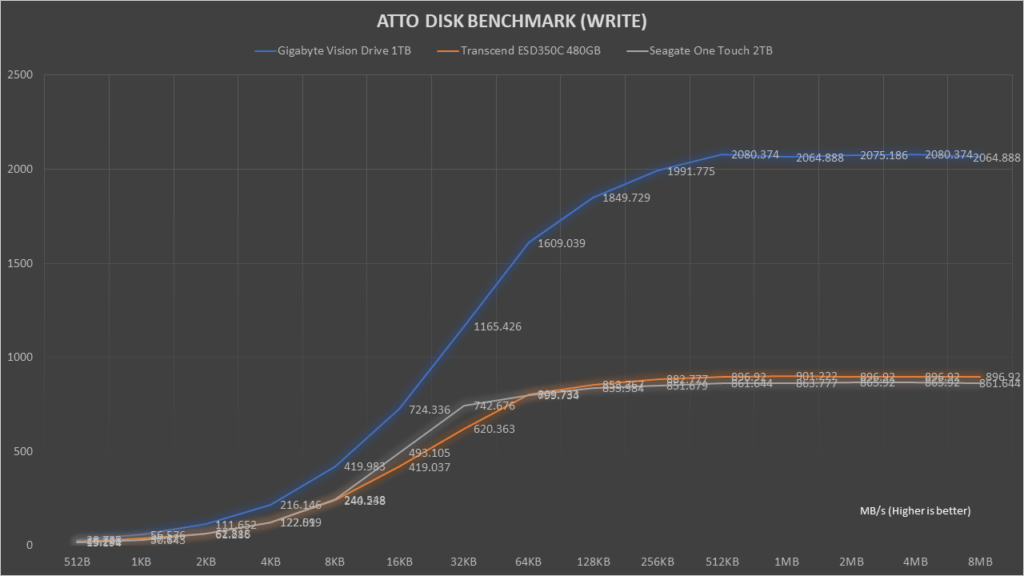 Generally speaking, the Seagate One Touch SSD’s performance is similar to the Transcend ESD350C, while being slightly slower in terms of its read performance.

The drive also suffers quite badly in performance when it comes to smaller reads and writes, where it was seen to be behind competition quite significantly.

While performance may not be its strength when we are comparing it to similar products in the market, there is still no doubt that it is a very capable drive that surpasses the performance of usual thumb drives. Thus, its benefits in this area definitely holds.

The Seagate One Touch SSD is a great addition as a backup storage device, posing many advantages over typical external hard drives or thumb drives. Its portable size and compatibility with various devices also make it versatile. Plug and play – it’s just that simple.

Even though it’s slightly lacking in terms of performance to similar products, such as the Transcend ESD350C, but if you put things into perspective, such small differences could be insignificant in real world usage.

Ultimately, it’s the benefits of the SSD that gives the Seagate One Touch SSD its benefits. Also, being available in a 2TB capacity could also be a reason for someone to decide to purchase this drive.