The Radeon RX 6700 XT is the newest addition to the lineup of RDNA 2 based graphics card from AMD. Unlike its bigger brothers, the Radeon RX 6900 and RX 6800 series which target a smooth gameplay at 4K resolution, the new Radeon RX 6700 XT shifts its focus to the more mainstream 1440p gamers.

Just over the past year, there has been an increase of 44% of 1440p monitors shipped. Most of these 1440p displays shipped also comes with high refresh rate of beyond 100Hz. This has shown the trend of gamers going for higher resolution and fast refresh rate displays. However, not many graphics card out in the market target this segment of gamers.

The AMD Radeon RX 6700 XT aims to fill the gap in this segment. This new graphics card has been engineered to produce high performance levels in games with max settings when played at 1440p resolution.

Thanks to the support from AMD, we have gotten the chance to preview this new graphics card before it’s actual launch. Let’s take a closer look to see if this new product is really as good as what it claims to be. 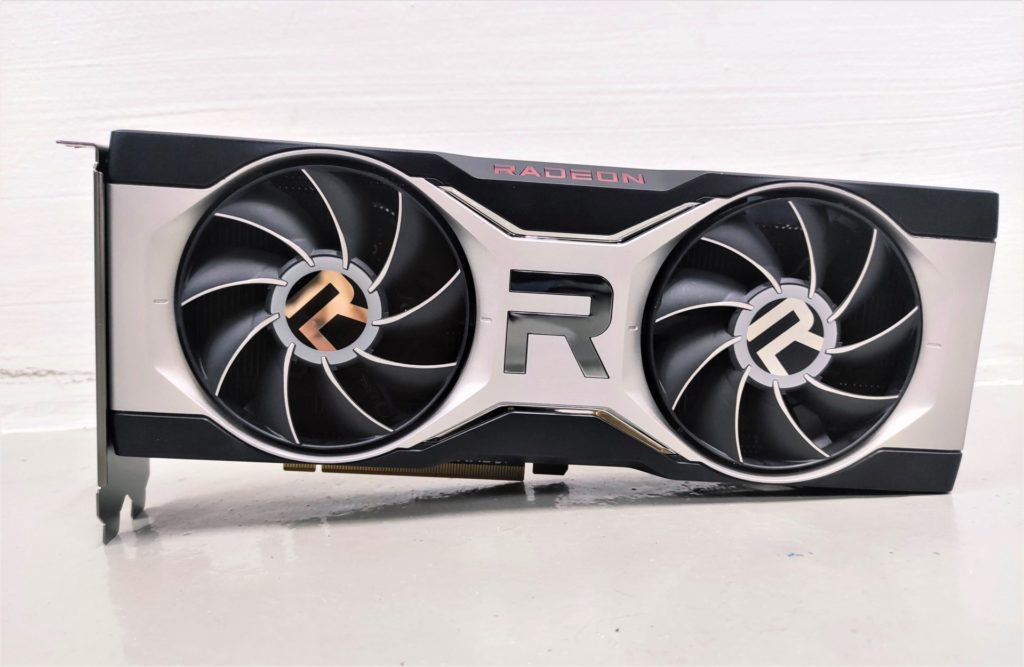 The AMD Radeon RX 6700 XT is pretty much a scaled down version of its bigger brothers. When compared to the flagship Radeon RX 6900 XT, the Radeon RX 6700 XT has half the number of compute units and stream processors. However, as this new graphics card also consumes less power, it was able to be clocked at a higher core frequency in order to further increase performance. 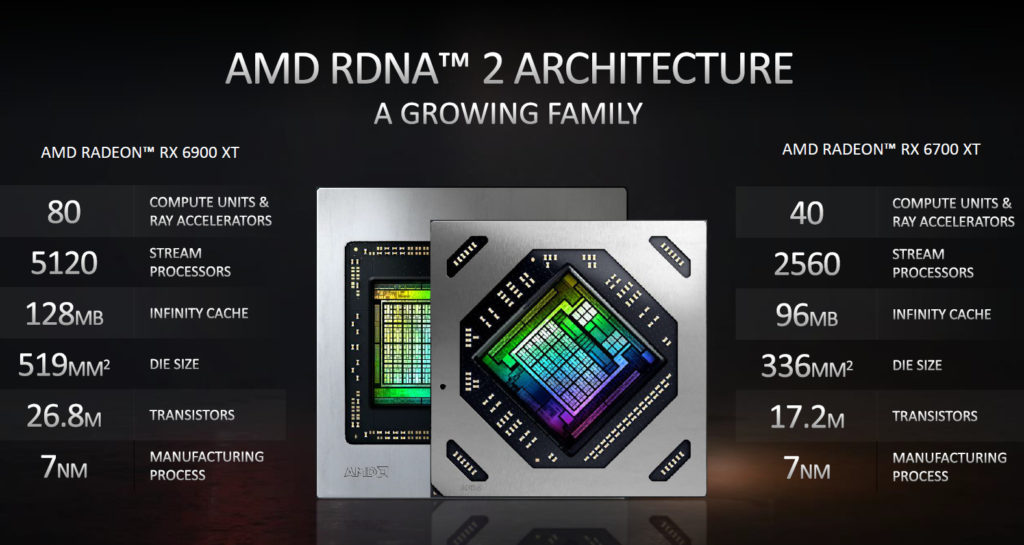 One of the key points about the RX 6700 XT is that it is equipped with 12GB of GDDR6 video memory. AMD found that having 8GB of VRAM while playing games in 1440p resolution may be insufficient, especially when gaming at max settings. To ensure that their product performs better than competition in such a scenario, the Radeon RX 6700 XT offers the added dedicated video memory. This gives the card an edge over its direct competitors, the NVIDIA RTX 3060Ti and RTX 3070, which both only have 8GB of VRAM. 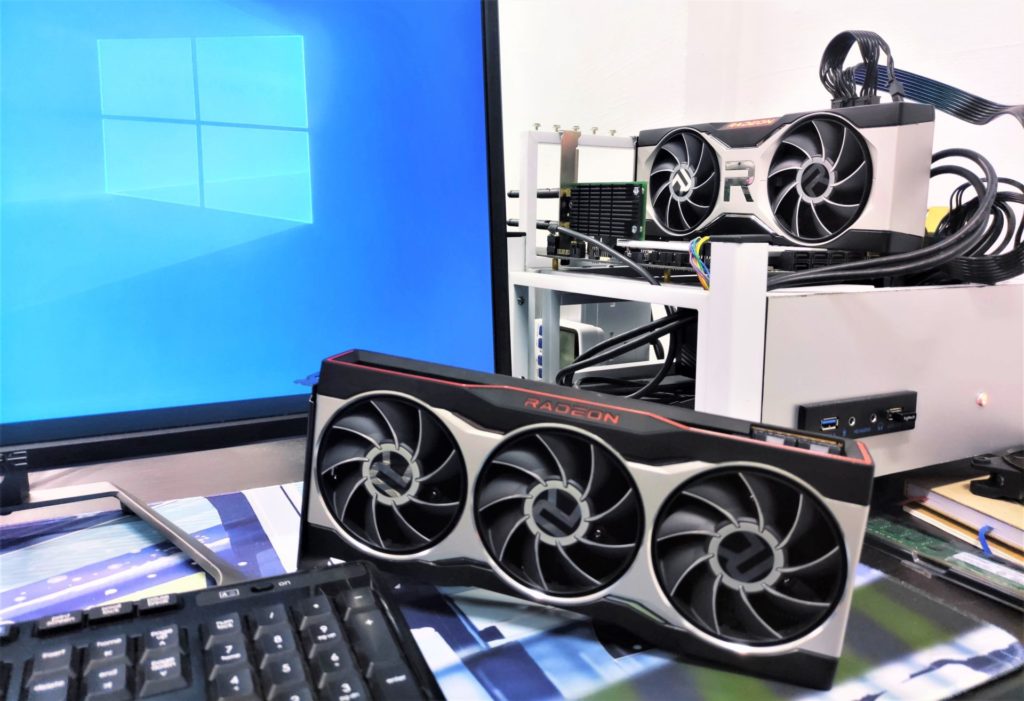 The card required a single 8-pin and 6-pin power plug to power it up. Also, this reference design card comes with 3 x Display Port and 1 x HDMI port output.

Despite it being a more affordable option for gamers looking for a new graphics card, the AMD Radeon RX 6700 XT still features a very decent cooling solution. It has a specially designed and optimized heatpipe and heatsink combination to ensure that heat can effectively be dissipated from the card. It is also equipped with a die-cast aluminum frame and metallic back-plate that gives the card its strength. AMD has also used high efficiency power phases, a 10-layer PCB with 2 layers of 2 oz. copper to ensure that the card remains stable and reliable in the most demanding scenarios. 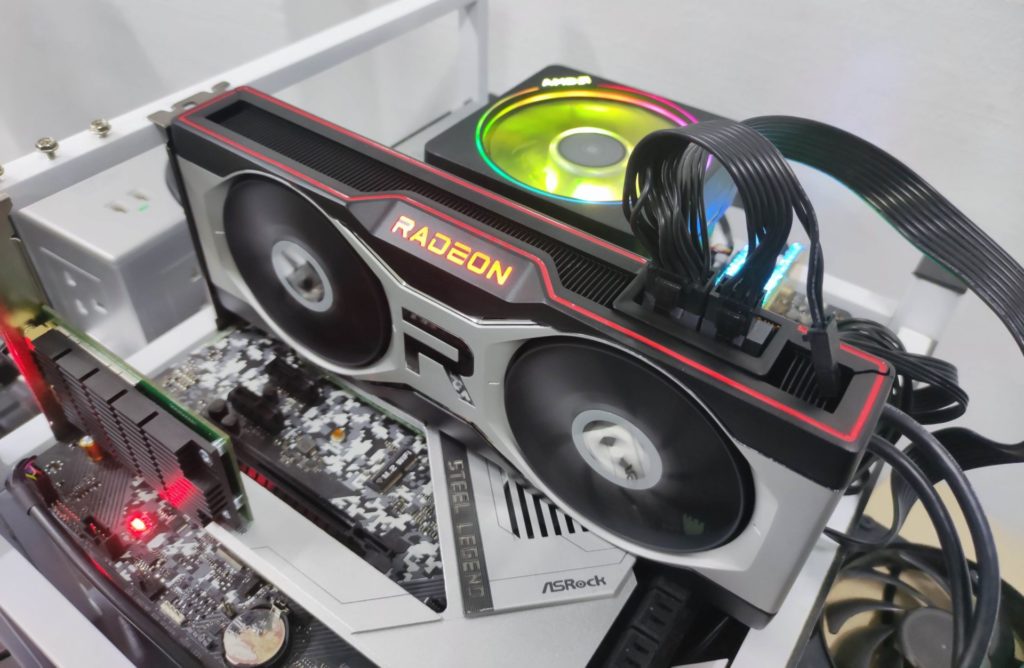 Smart Access Memory is enabled for both AMD setups. 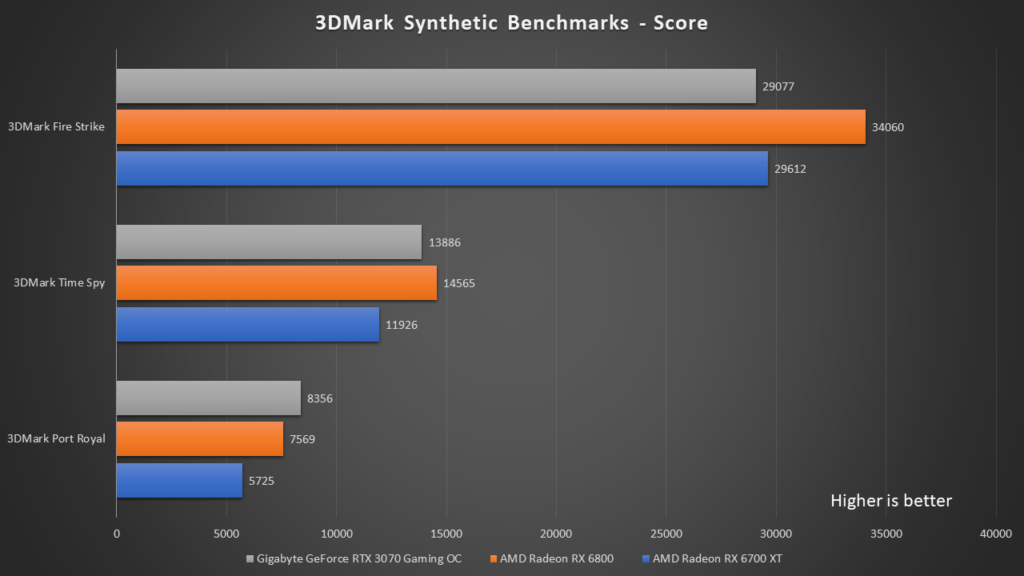 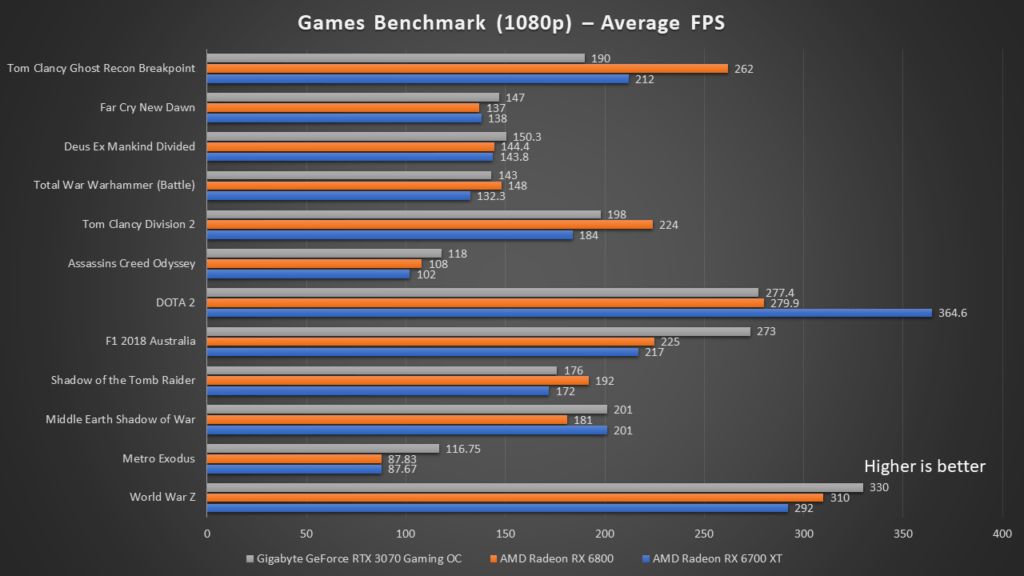 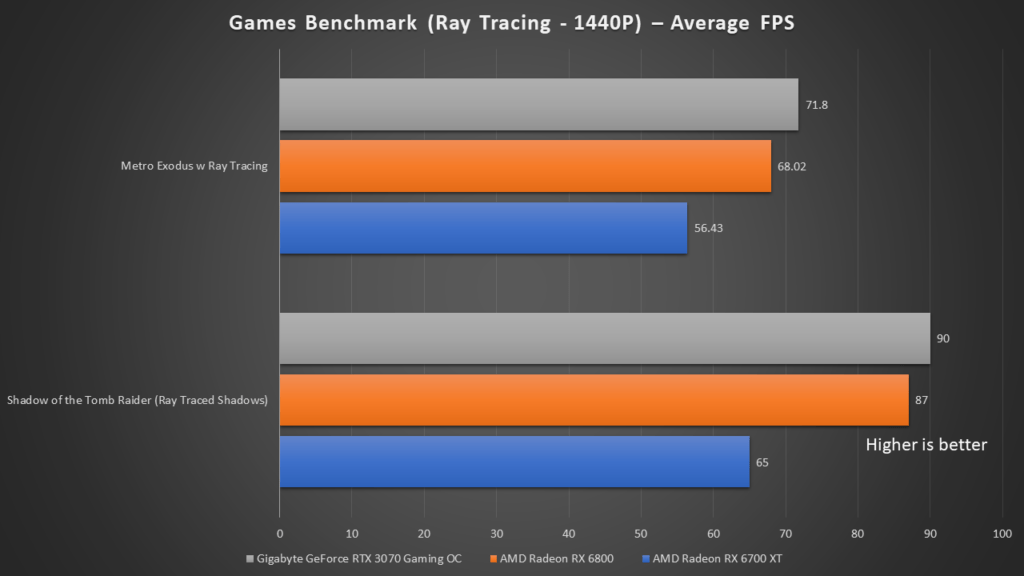 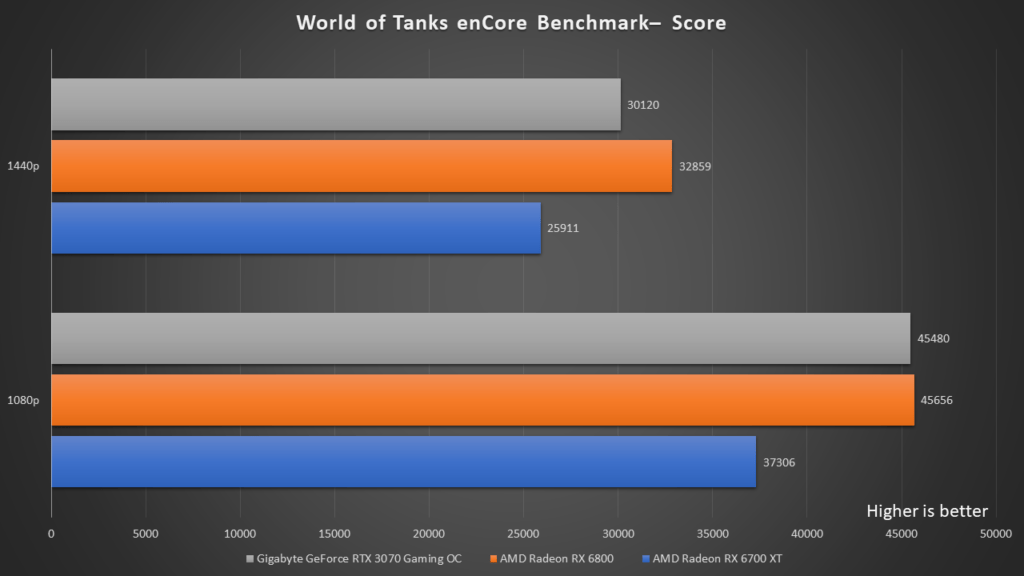 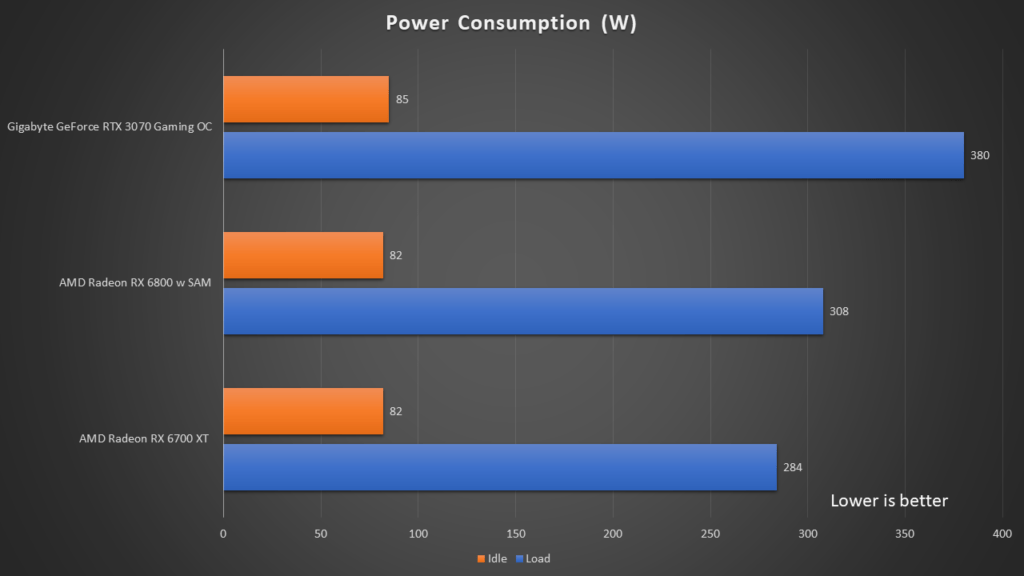 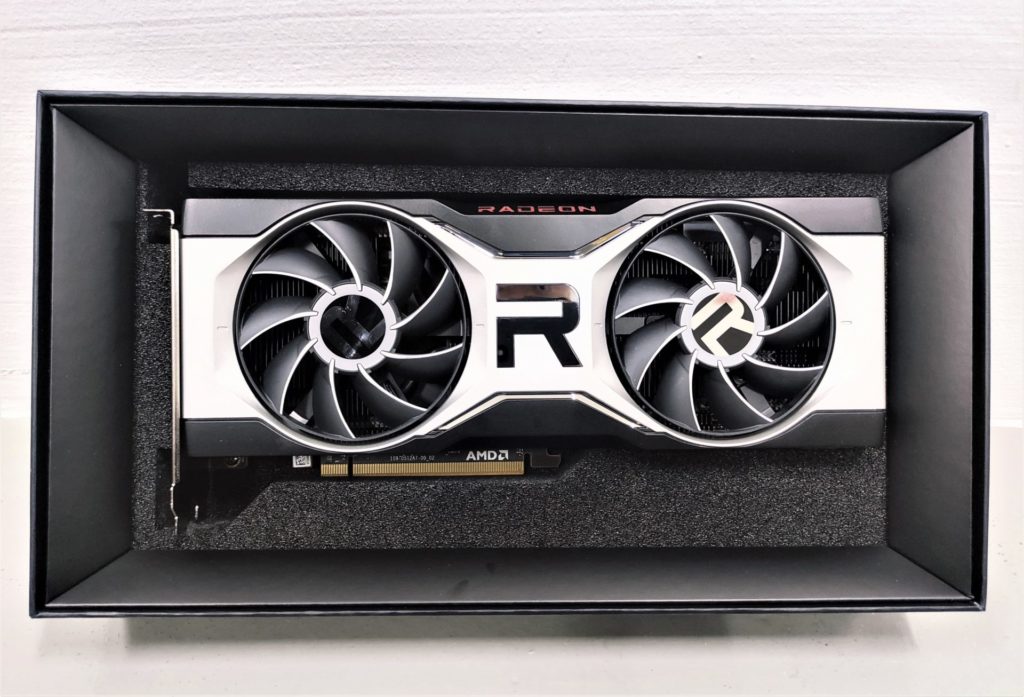 Sensibly, our benchmark test runs the tests on high settings, instead of max settings for most of the games. As such, we couldn’t really see the benefits of the 12GB dedicated VRAM on the AMD Radeon RX 6700 XT. In most of the games tested, we can see that the performance of the AMD Radeon RX 6700 XT is slower than the competing NVIDIA RTX 3070. However, there is still no doubt that this graphics card is still very capable of running games at 1440p resolution, as it was able to score more than 100 FPS in almost all the games. There is no questions asked about this point.

Since AMD mentioned that the price of the Radeon RX 6700 XT is subject to change, let’s hope that it can get cheaper, so that it would be a more obvious choice to gamers.

Samsung Introduces Galaxy A52 5G and A32 5G in Singapore: Making Innovation Accessible to All