The new AORUS 15G Gaming Notebook is now refreshed with a brand-new design and hardware components. Equipped with the latest technologies from both Intel and NVIDIA, gamers can now rejoice with higher gaming performance and efficiency never seen before on any previous generation gaming notebooks.

If you have missed out on our overview and feature review of the AORUS 15G, you can check it out here.

With the embargo of performance benchmark lifted, it’s finally time to reveal the true performance of this new system.

For our tests, we will be comparing the AORUS 15G with the Razer Blade Advanced (2019). The Razer Blade (2019) is equipped with the RTX 2080 Max-Q and the Intel Core i7 9750H. Essentially, we wish to determine the performance differences between the two generation of devices. 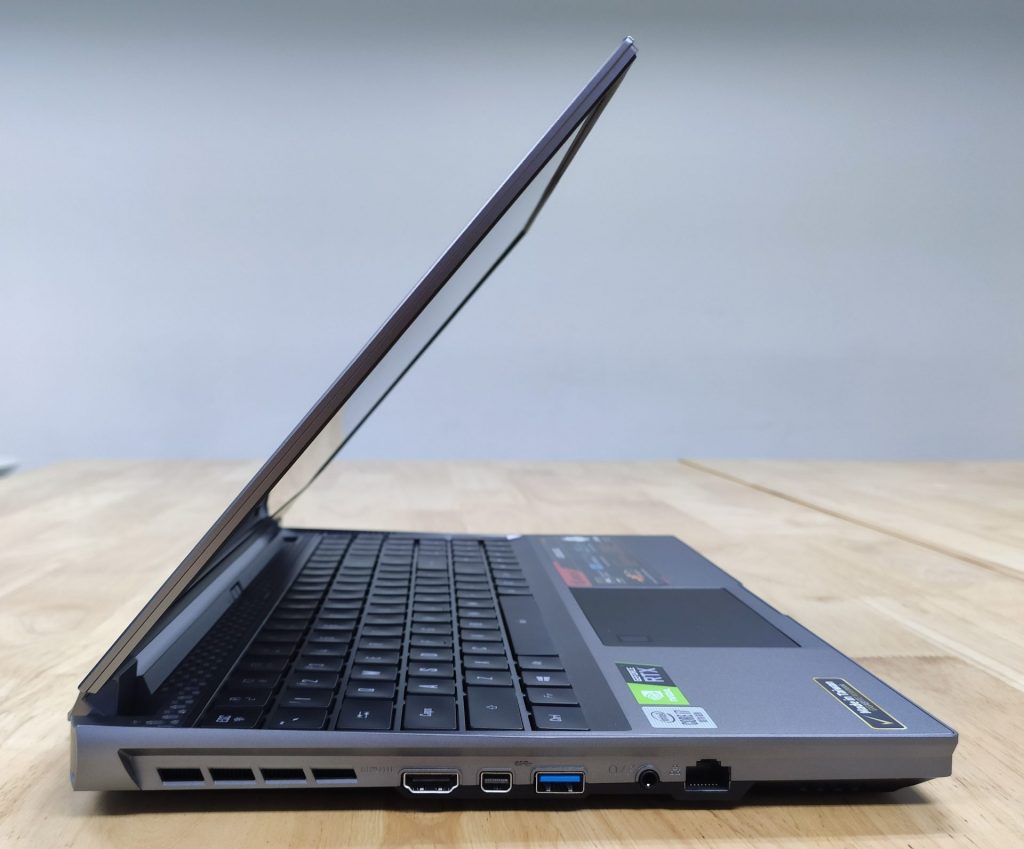 It should be an interesting comparison, as we can figure out if 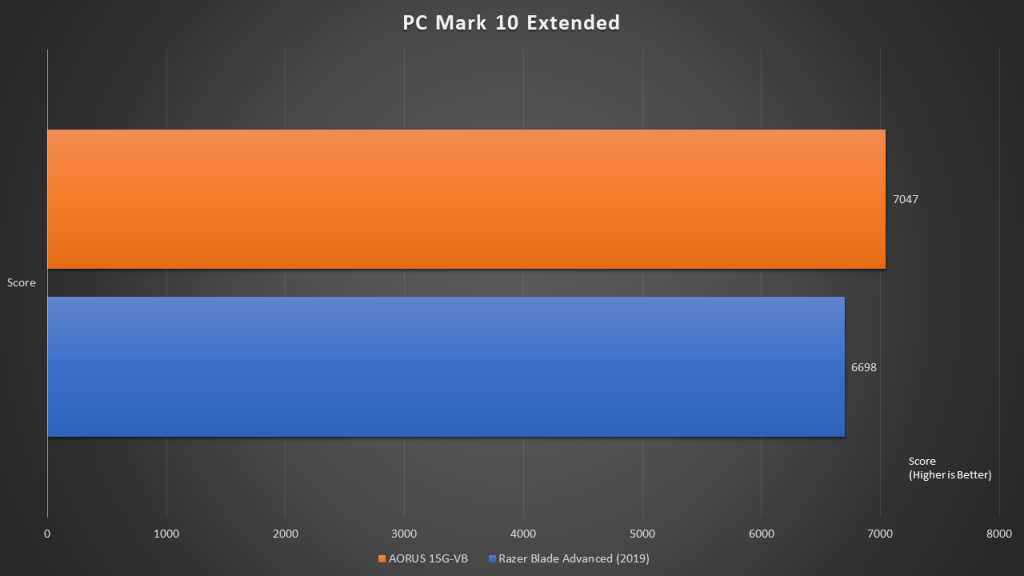 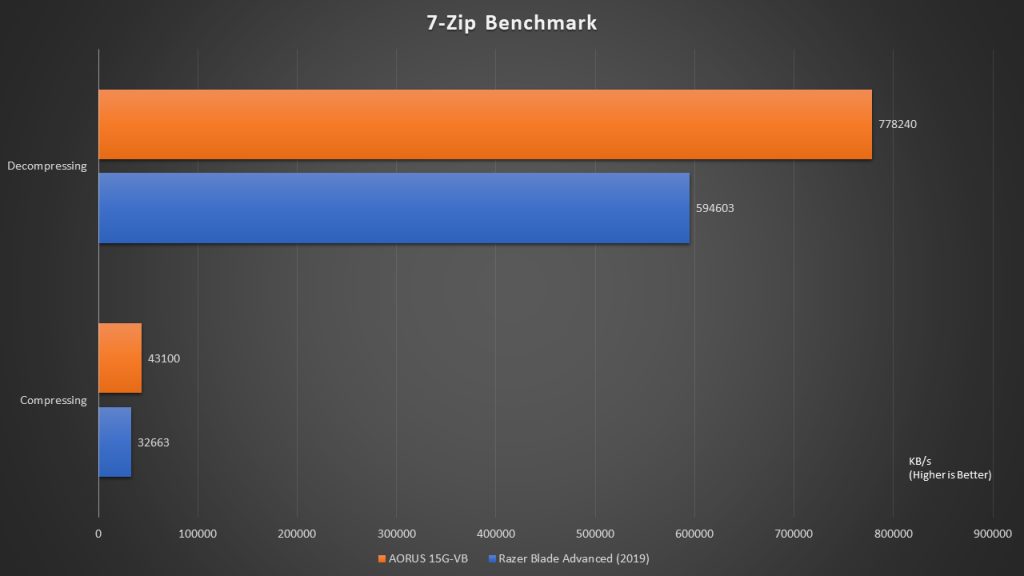 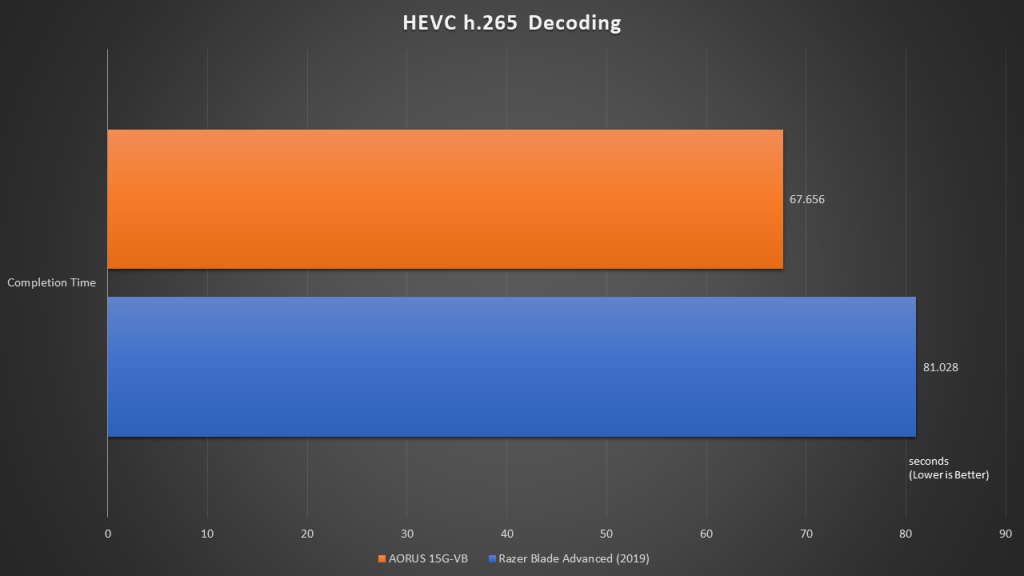 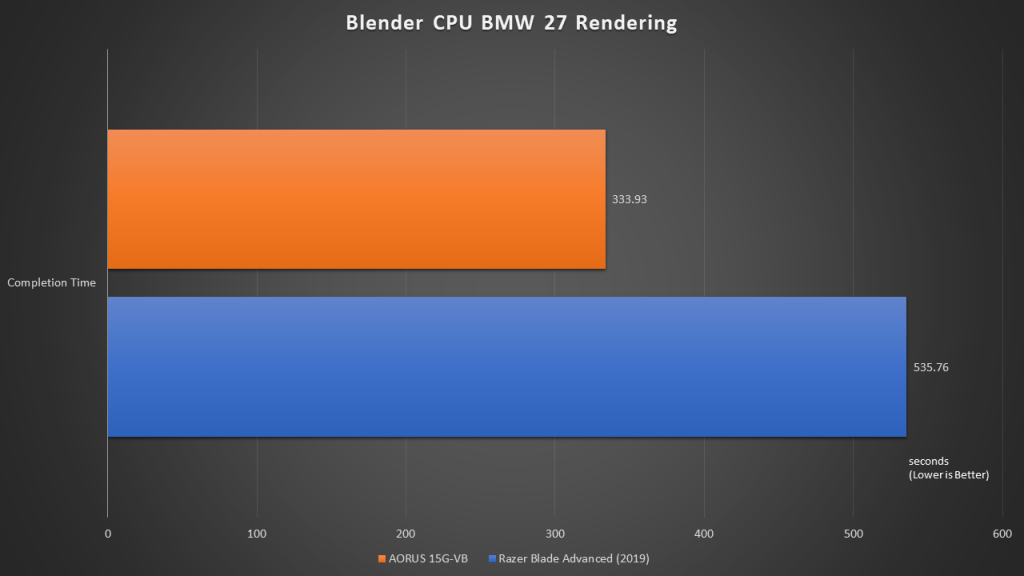 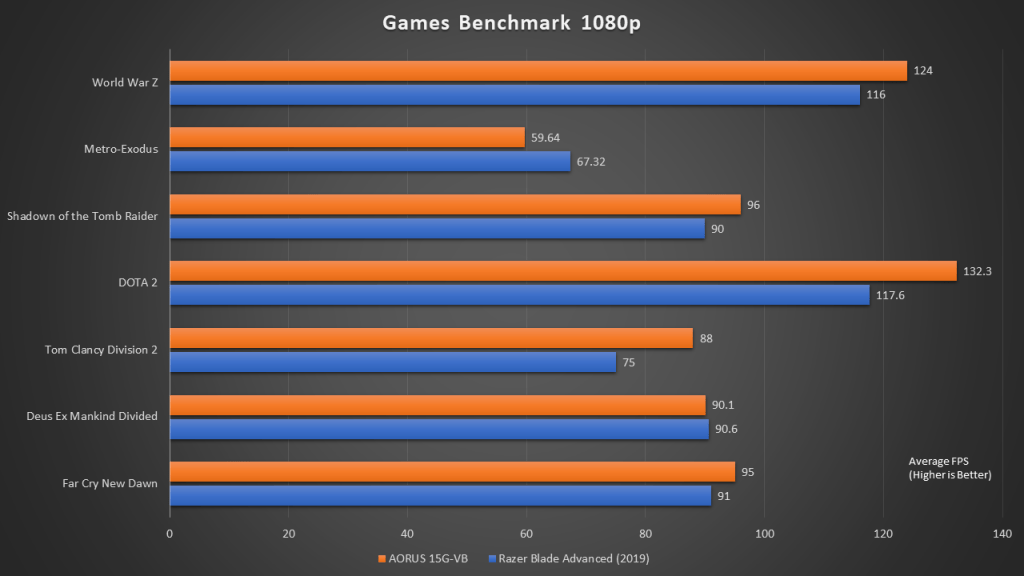 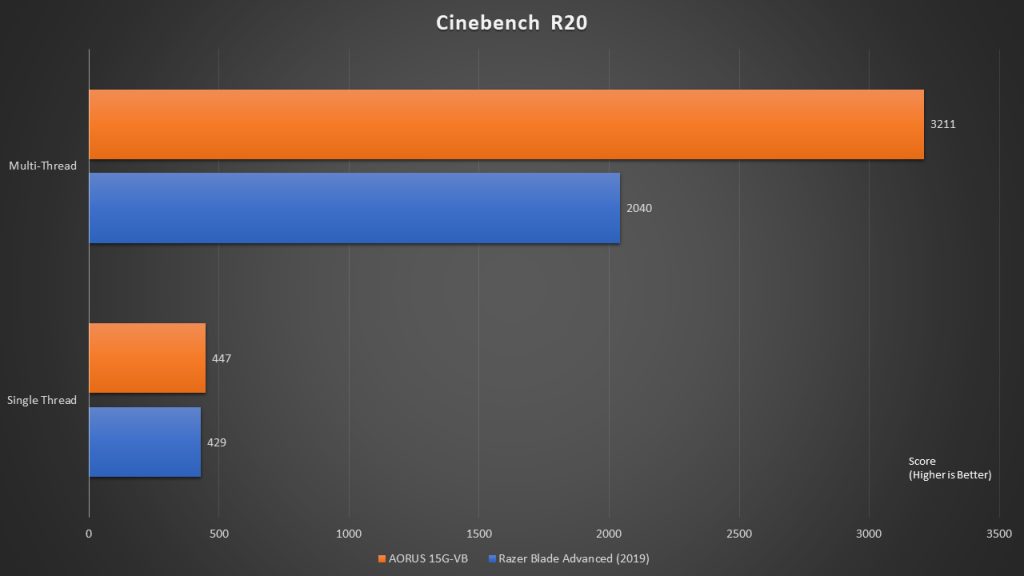 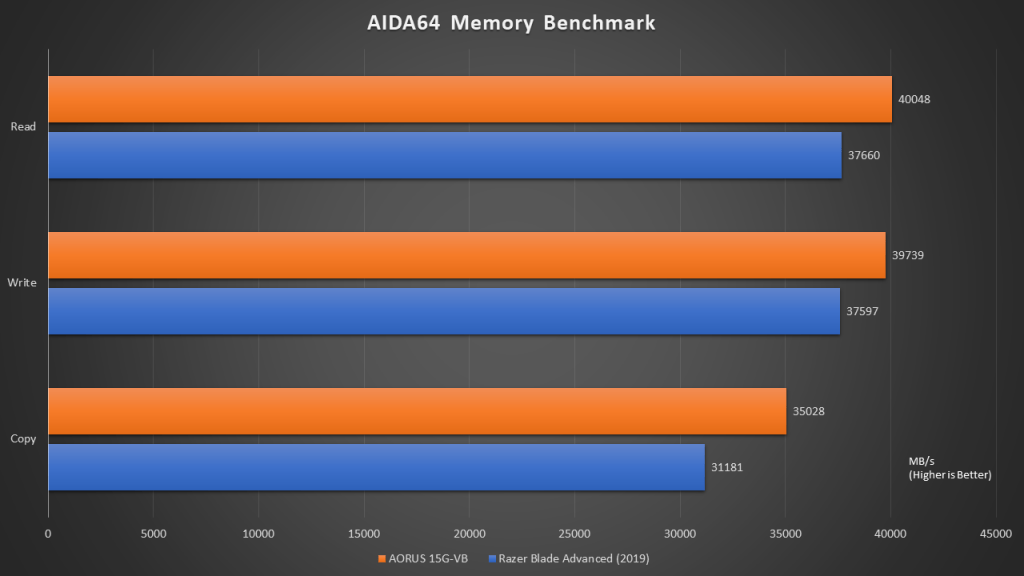 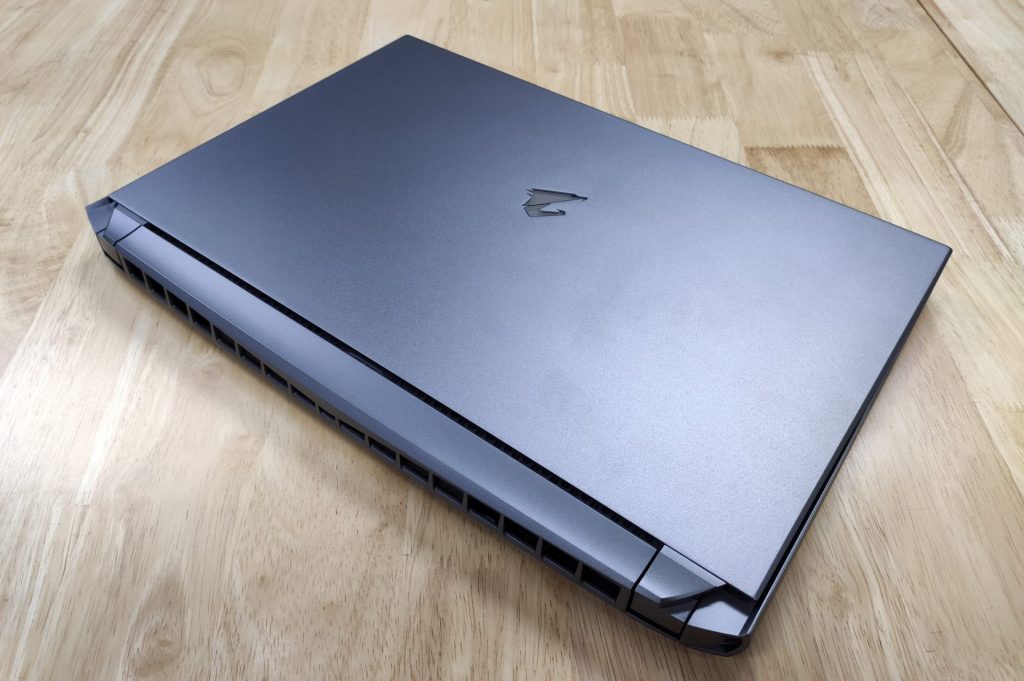 No doubt, we would expect that a 8-core processor to outperform a 6-core in multi-threaded benchmarks. The performance difference is apparent in both the Blender and Cinebench BMW benchmarks, where the performance of the AORUS 15G surpasses the Razer Blade Advanced significantly.

The interesting comparison point is the single threaded score from Cinebench R20, where the new i7 10875H scored 447 as compared to 429 on the i7 9750H. Despite improvements in CPU architecture, the increase in performance is not as significant. To be honest, the score difference of 18 points could even be attributed to the higher clock frequency of the i7 10875H.

As for memory performance, there is also no doubt that the new 3200MHz DDR4 DRAM was able to provide much faster DRAM read, write and copy speeds than the 2666MHz DIMMs. We’re sure that this increase in memory performance also inherently gave some of the benchmarks higher results than if they were on the slower DRAM.

In conclusion, to answer our previous questions:

Yes! Our results showed that the new RTX 2070 SUPER Max-Q is faster

(2) How much faster is the whole system enabled by the new 10th Generation Core i7 10875H processor?

It’s a lot faster, but simply because the i7 10875H had a higher core count as compared to the i7 9750H. For single threaded applications, the improvement to CPU architecture did not really affect performance.

(3) By supporting overclocked memory speed of up to 3200MHz, how much faster are the memory performance on the new 10th Gen Systems?

With 3200MHz DDR4 DRAM support, we recorded about 5-12% performance increase on memory performance. This increase in performance should have also resulted in higher performance across the whole system.

All in all, if you are looking for a new gaming laptop, the AORUS 15G has got what it takes to handle all the different game titles that you plan to throw at it. Together with its unique features that are developed just for gamers, we are certain that it will be a pleasure and enjoyable experience gaming or working with the AORUS 15G.

GitHub announces it is now free for teams