While any other gaming notebook manufacturer can claim that, Razer sets their product apart by claiming that the new Razer Blade is the world’s smallest 15.6″ gaming laptop. The notebook comes in two main variants, namely the Advanced Model and Base Model. We managed to get our hands on the New Razer Blade 15 Advanced for our tests, and we are going to find out just what the hype is all about. 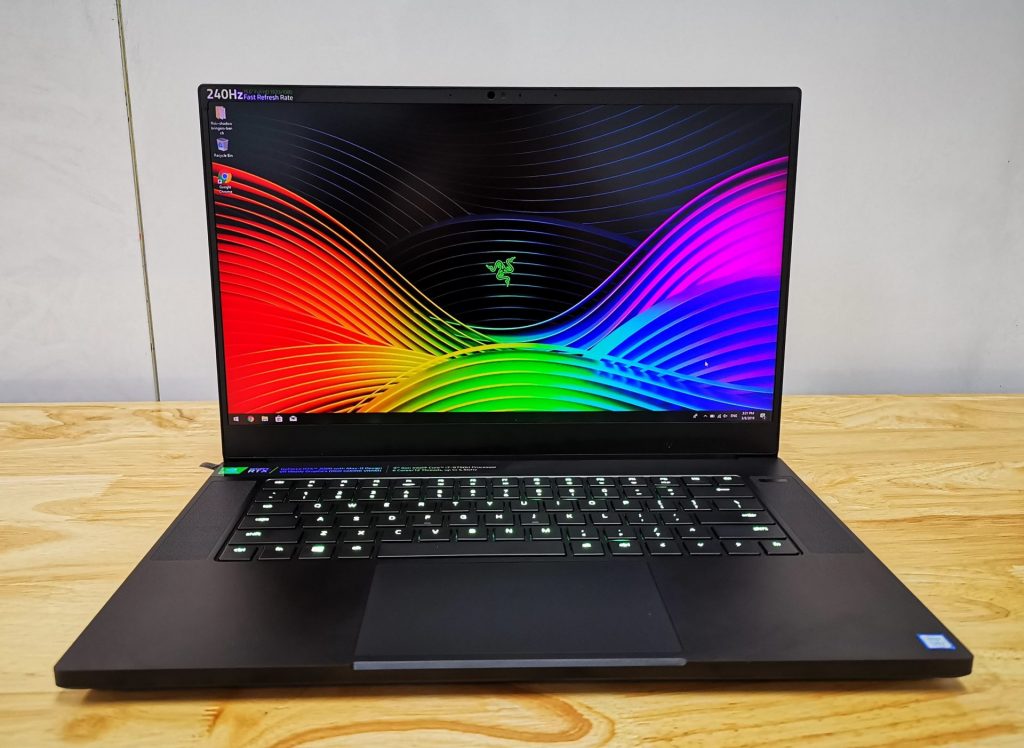 It’s the first time that I’m using a Razer Blade notebook. Based on first impressions, I thought that the Razer Blade looks awfully similar to the early version Macbook Pro. Both the Razer Blade and Macbook Pro comes in an aluminum unibody design, which probably is where the similarity comes about. The main difference comes in its colour – the former is black, while the latter is metallic silver. Using this material also gives the notebook a premium feel to it.

While looks are important, the metallic sheen also helps the system with improved heat dissipation and sturdiness. Razer also refined their engineering to make the new Razer Blade one of the lighting gaming notebook in the market, weighing at just 2.05KG.

The 15.6-inch display looks gorgeous thanks to its thin bezel design. The side bezels only measure 4.9 mm wide to give the whole screen an edge to edge display experience, minimizing distraction to users. 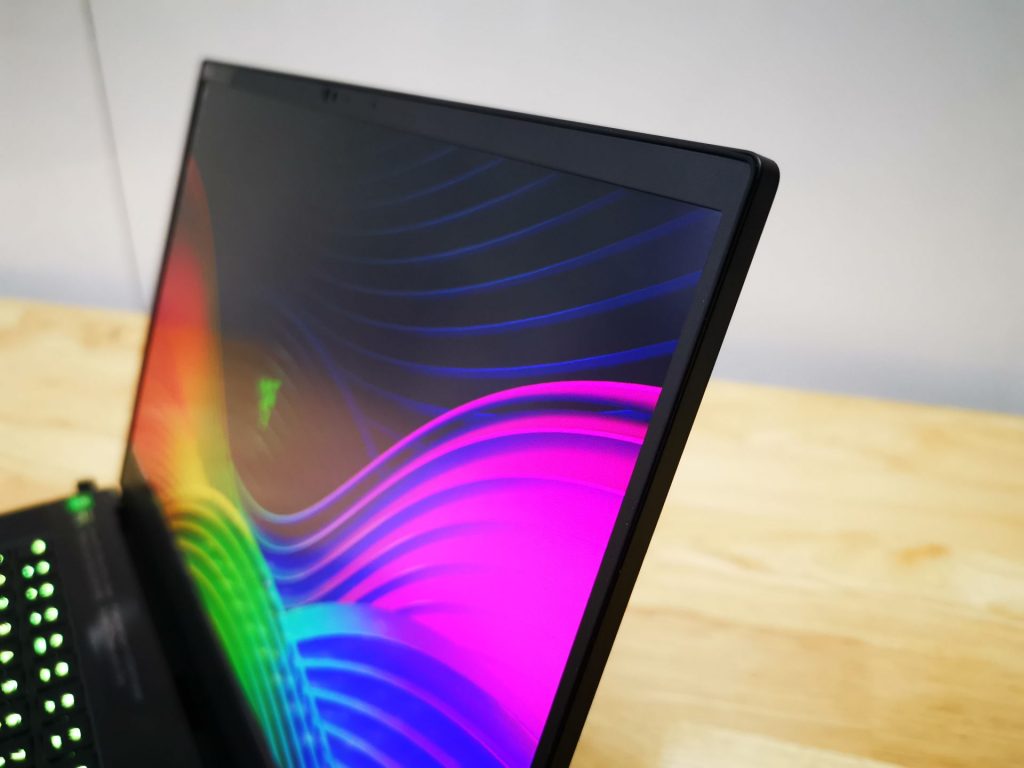 Razer also mentioned that each of their displays are also individually calibrated for colour accuracy, so that they will also be perfect for professional work. Regardless of the use case, the design of this notebook has been carefully engineered to do well.

Thankfully, despite the pursuit for perfection with thin bezels, Razer did not make any tradeoffs for its usability. The webcam is still optimally placed at the top of the display, rather than the bottom. A webcam which is placed at the bottom of the screen performs awkwardly, as it will capture the face at an unflattering angle. 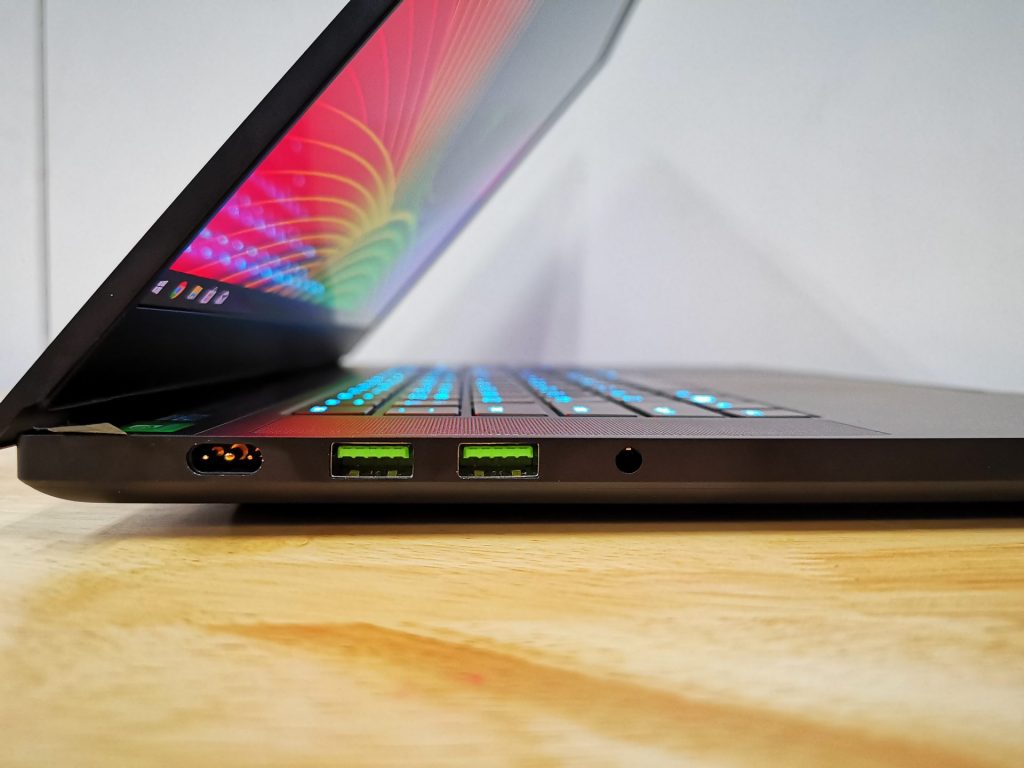 On the left of the device, we can spot Razer’s proprietary power jack, 2 x USB 3.1 ports and a 3.5mm audio combo jack. 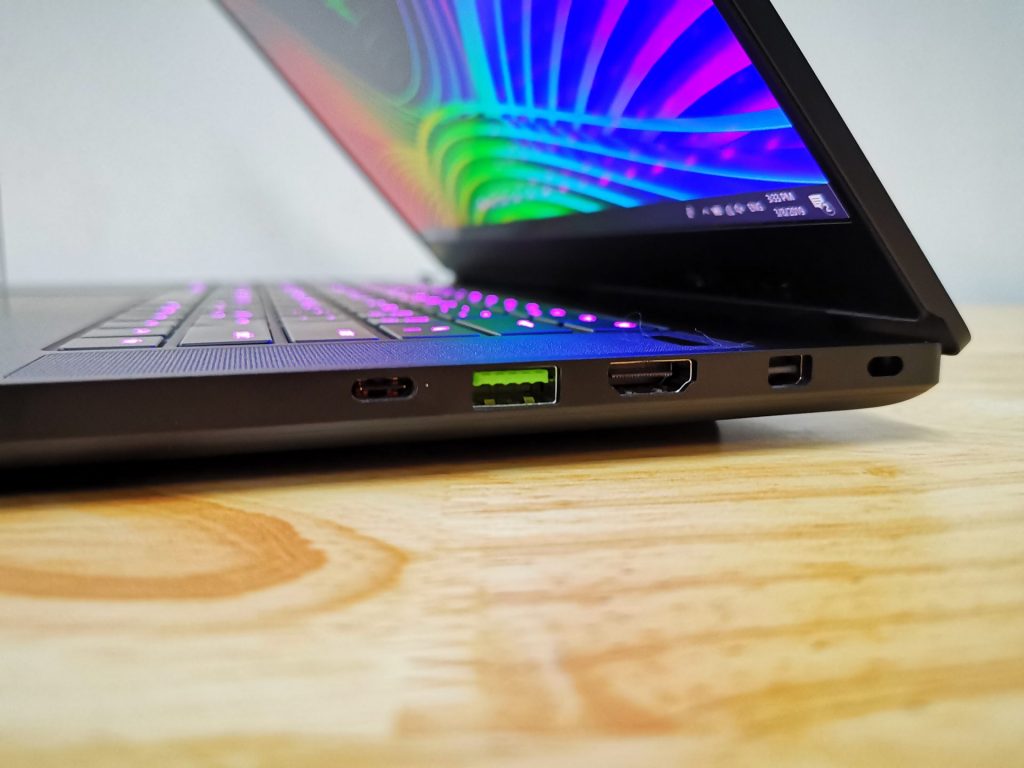 On the right, there are 1 x USB Type-C/Thunderbolt Port, a USB 3.1 Port, a full size HDMI port, a mini display port and a Kensington lock hole.

The keys on the Razer Blade’s keyboard is responsive and a pleasure to type on. However, the layout of the keys is non-conventional, and can require some time to get used to. For example, users will expect the right arrow button to on the bottom right of the whole keyboard. As a reviewer who gets to try on different types of keyboards and notebook computers, I am already quite used to that placement. Even then, it is still quite unnatural to have a Function key placed to the right of the right arrow key. Such a placement caused me to make many mistakes while typing, as it was difficult to me to get used to this unfamiliar keyboard layout.

However, while gaming, this was less of a concern. On the contrary, I enjoy having full-sized arrow keys, which were found to be very useful with various games.

The Razer Blade Advanced also comes with Per Key RGB lighting. This means that every individual key on the notebook can be customized to your preferred colour. You can also set the lighting effects on the keyboard to your own preferences as well. The RGB customization is powered by Razer Chroma, which can be accessed by the Razer Synapse software that’s pre-installed on the system. 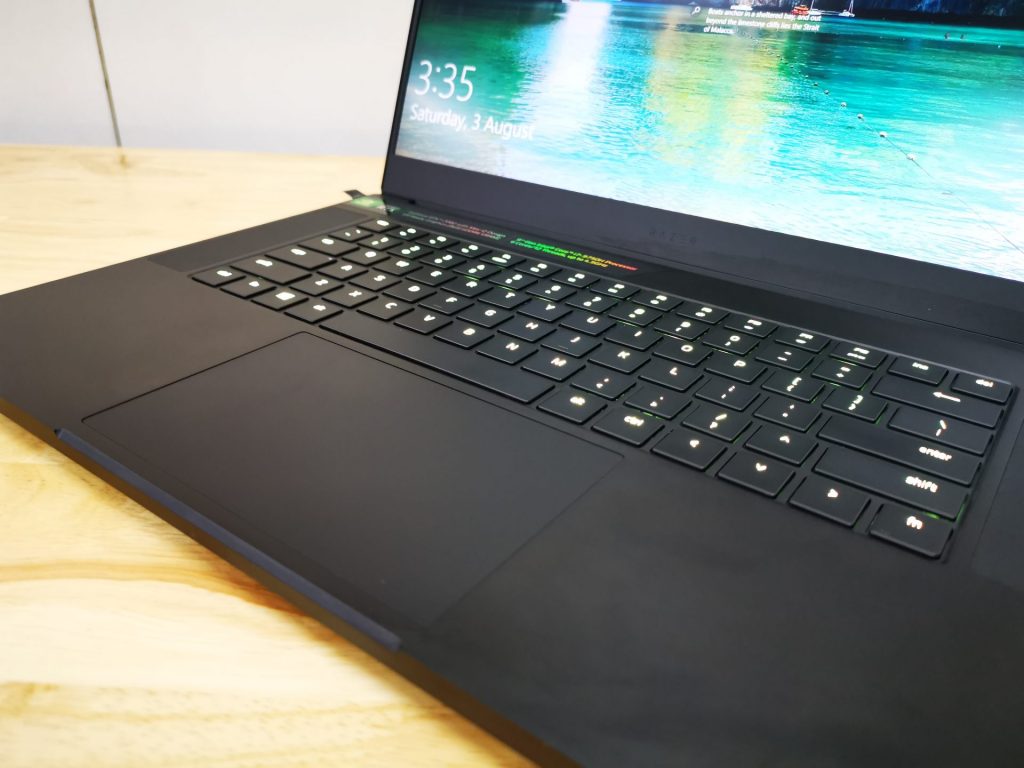 It was an absolute joy using the track pad on the Razer Blade. The track pad was highly responsive and supports gestures on Windows well. Honestly, no complains and I believe that many people like me will also enjoy this large track pad.

One of the key unique value that the Razer Blade Advanced brings to the table is its configurable 240Hz Full HD display panel. This makes operating the whole notebook system buttery smooth. This also gives users a perception that their computer is performing more responsive that usual.

For fast-paced games such as first-person shooters, the 240Hz display panel really helped to make aiming and zeroing into enemies faster. The high refresh rate made possible by the RTX 2080 Max-Q graphics card gives it an unparalleled gaming experience. 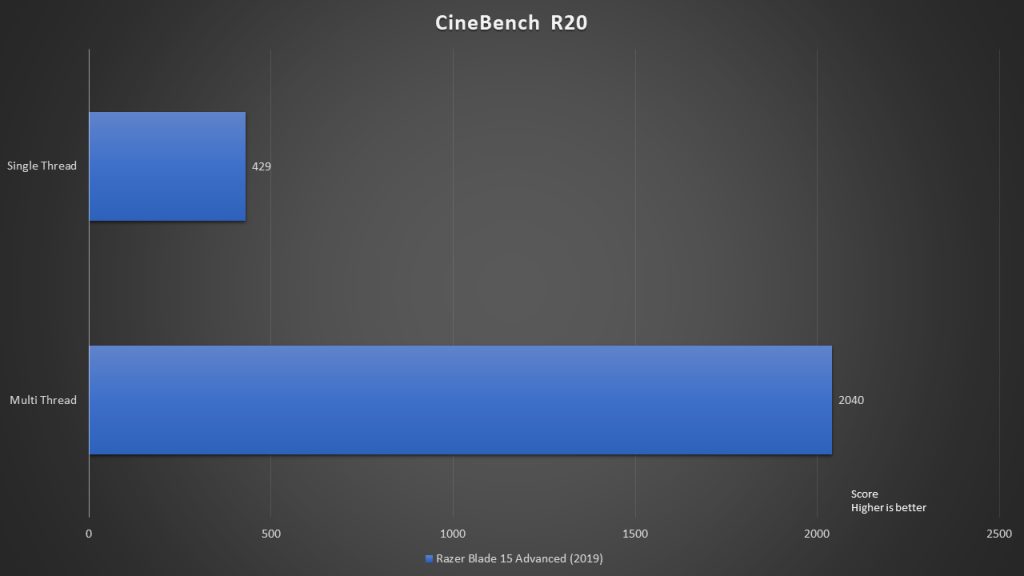 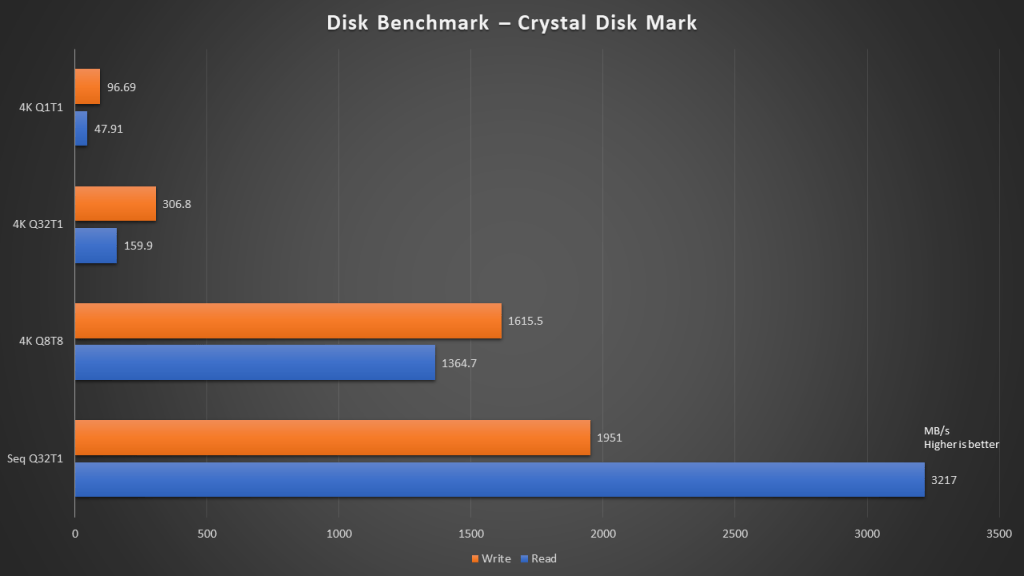 The Razer Blade excels as a gaming notebook computer, providing excellent gaming experiences across the board. It was able to perform very well in all sorts of tests, and Razer’s choice of high quality components really gave the system an edge. Its clean and minimalist design also makes it stand out from any other gaming notebook computers in the market, setting it apart from the mainstream.

If we really had to be tough on the notebook, we hope that Razer could improve its keyboard layout to make it easier for new users to get used to it. If not, there isn’t any other obvious flaws.

No doubt, we would recommend the Razer Blade 15 for anyone seeking for a high performance and relatively lightweight notebook setup. It’s the one of the rare few gaming notebooks that strikes a great balance between performance, portability, practicality and aesthetics. The only thing is that you’ll have to prepare your wallets for S$4,699.00 to get your hands on this unit.