Trials Rising launches with a Live-Action Trailer - The Tech Revolutionist

Ubisoft announced that Trials Rising is now available on PS4, the Xbox One family of devices including the Xbox One X, Nintendo Switch and Windows PC.

Ubisoft RedLynx, a studio based in Helsinki (Finland), returns with Trials Rising to bring the biggest and most compelling sequel of the franchise to date, combining the acclaimed classic gameplay, a fresh look, more competition and over-the-top action praised by fans, plus all-new features. The game was developed with Ubisoft Kiev (Ukraine) in collaboration with Ubisoft Odessa (Ukraine). 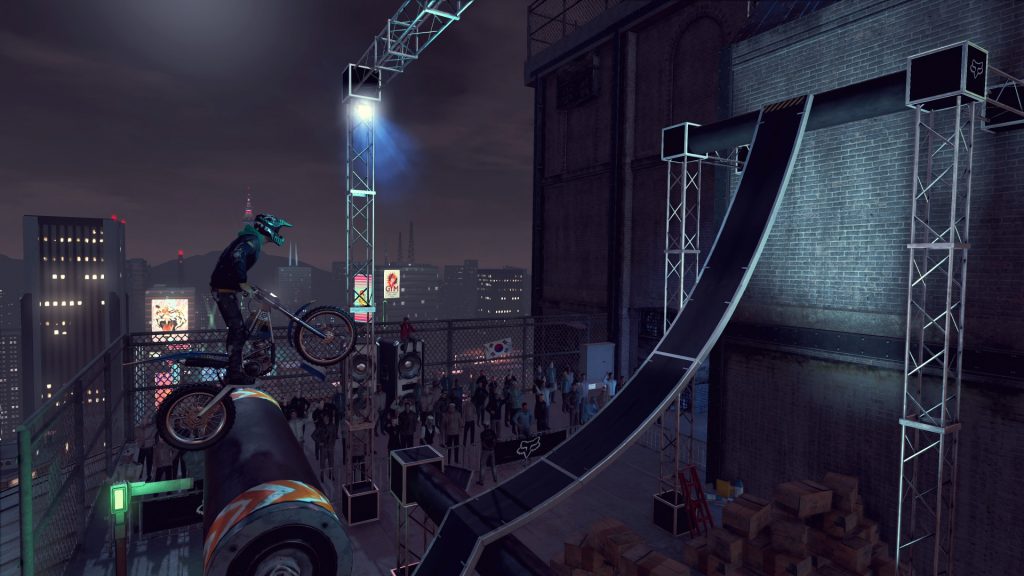 Set in epic locations around the world and featuring more than 120 tracks, Trials Rising lets riders travel to more than 30 countries and put their skills to the test through various levels of difficulty, beat the competition, grow their Fame under the eyes of experienced sponsors and work to become Trials champions. From the streets of New York to the Great Wall of China or from the Colosseum in Rome to the Pyramids in Egypt, riders will not be able to resist the thrill of astonishing exploits and crashes on their way.

Trials Rising places competition at the forefront: there is always someone to race against, whether you play single player or multiplayer. The ghost system displays actual riders and bikes as you play, so players can see how they overcome obstacles and beat them. Online Multiplayer mode features a Seasons & Divisions system that let players of similar skill levels race against each other, with the first season starting soon after launch. Each player will set out on a path to race against challengers to become the best Trials rider in the world and reach the top of the Leaderboard. 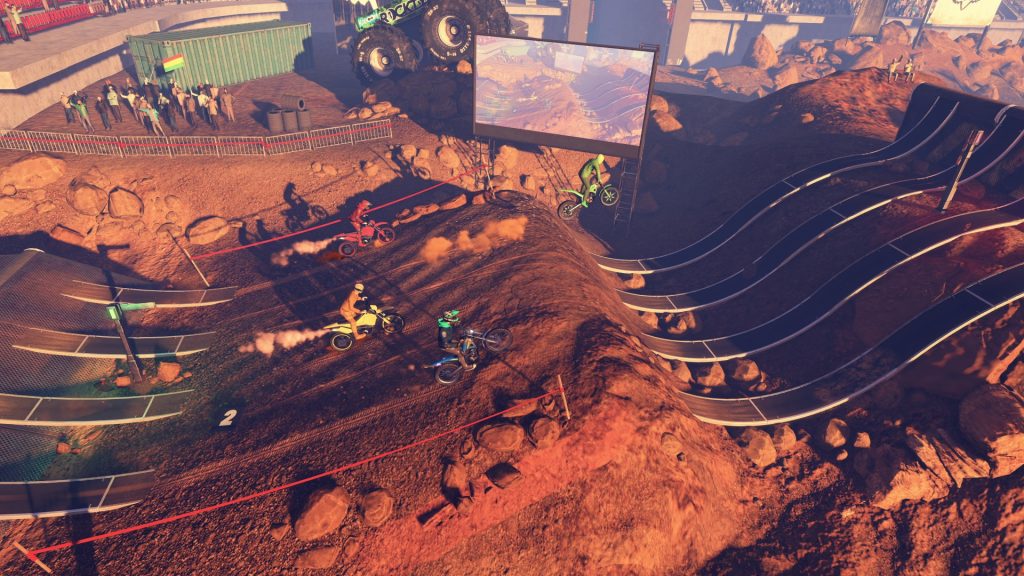 Party Mode makes a comeback, a “couch multiplayer” game mode where up to four players can compete on the same screen for even more wacky and fun gameplay. For even more couch gameplay, the new Tandem bike feature allows two players to ride a single bike and try to complete a track together. 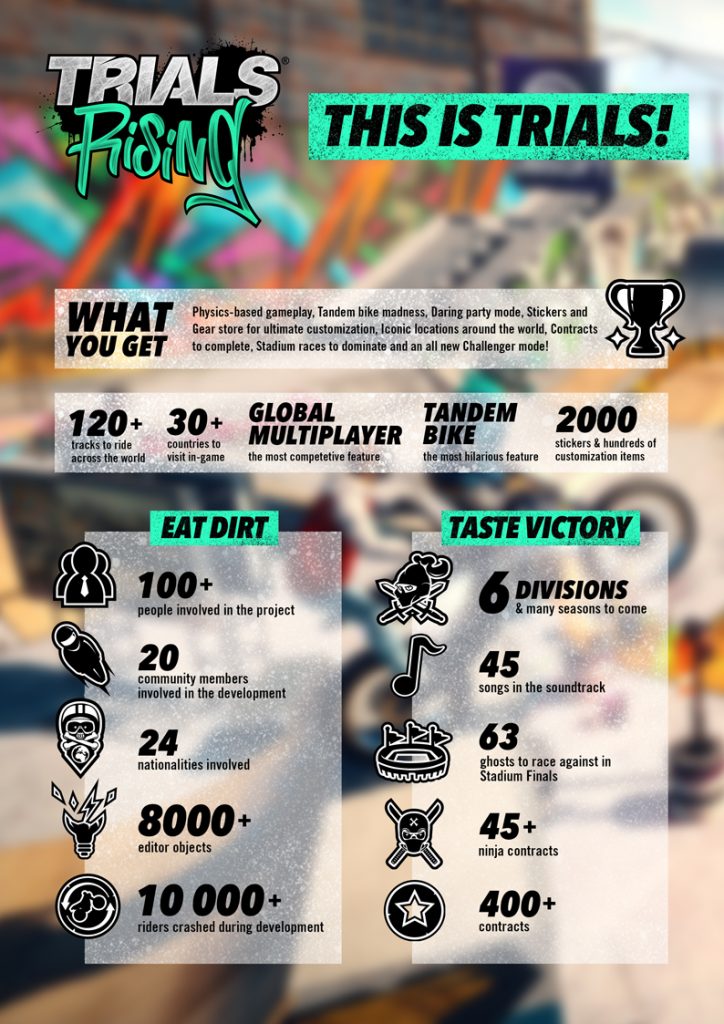 Players will also have the freedom to customize their rider and bike gear with more than 2000 stickers and hundreds of customization items. Players can then share their custom gear with the community and earn in-game rewards when other players use them.