Being a sequel to its predecessor, that had a lukewarm reception nearly 9 years back, Crackdown 3 did not have huge shoes to fill. Despite this, the game stuck to its roots and still features the intense orb collection simulator that gave the series its signature. This meant that it still provided the satisfying visualization of growth whenever you collect a bucketload of orbs from your victories.

The island of New Providence definitely has a energetic feel to say the least, with neon lights strewn all over the city. This is especially eye-catching when paired with the reflective surfaces that is seldom seen in other open-world titles. Couple this with HDR and nighttime gameplay, you will get to see the world of Crackdown in its finest. This vibrancy does remind me of the Saints Row games.

Another aspect that is vibrant is the personality brought into the game by Terry Crews, Mr. Ripped with an explosive charm. You see him right on the get go, with the intro cutscene detailing the initial setting of the game’s premise.

Crackdown 3 comes with an extensive list of graphical settings. It even provides a “System Impact” label to each setting, allowing players to customize the settings to max out your system’s configuration. This is especially handy when paired with its very own in-game live performance display.

Add this to Xbox Play Anywhere‘s crossplay flexibility, with the game being playable both on Windows (PC) and Xbox consoles, you would not be restricted by your gaming platform. Unfortunately, the game does suffer from stutters on the PC, and we would recommend installing the game on a SSD to alleviate the majority of them. Hopefully future patches will fix this, together with the sluggishness faced in the menu.

Back in 2015, Crackdown 3 was teased the world with destructible environments. From walls chipping away from every bullet, to leveling buildings, much was promised. Fast forward to 2019, and the promise was mostly delivered in the form of a multiplayer mode called Wrecking Zone. In this mode, almost the entire map can be “wrecked”. Players even can reenact their favorite advertisement and break through walls by dashing.

Unfortunately, this destructibility is not present in the campaign, as it would get in the way of the game’s level design. Even then, the game’s verticality is rather remarkable. Being able to scale tall buildings, while being rewarded for your efforts, is reminiscent of the Assassin’s Creed series.

Cracking down on Jadedness 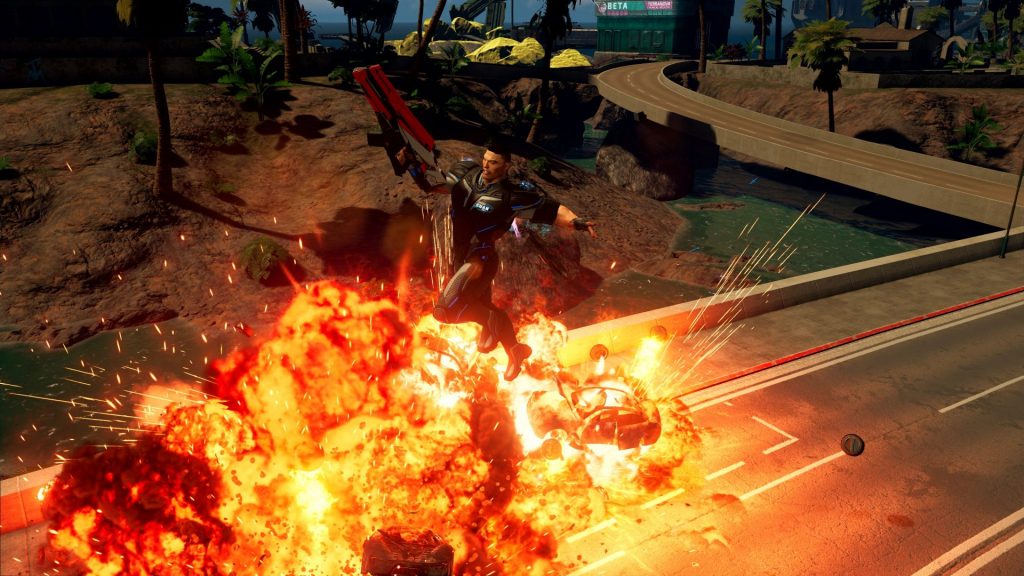 With all things said, there is so much that the vivid aesthetics and enthusiastic voice acting can do. The formulaic unstoppable power trip, and overwhelming number of objectives to clear, can be numbing to play through. Nonetheless, credit should be given where credit is due. Playing as an almighty superhero is brainlessly fun, and is a rather great break from playing emotionally heavy games (like Resident Evil 2 Remake). Save for the occasional stuttering, Crackdown 3 is stupid fun to indulge in.

Seagate Fast External SSD Review - Does it live up to its name?