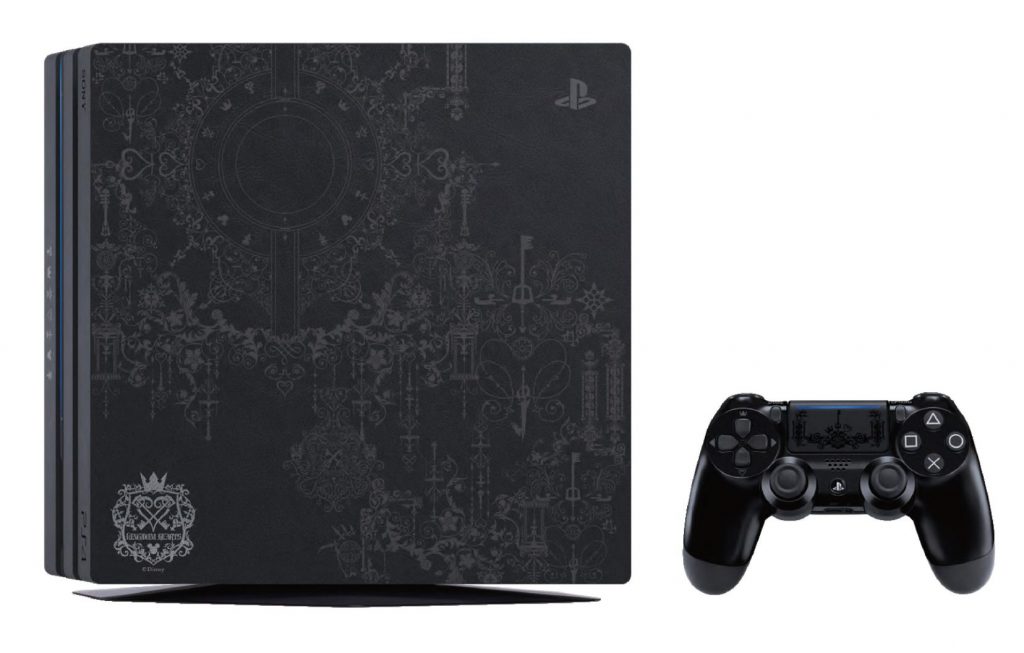 This Limited Edition PS4™Pro features a black lace design set on the top cover that is decorated with familiar KINGDOM HEARTS iconography, such as the heart shape, crown and the Keyblade weapon, and embellished with silver foil and a custom drawn emblem pattern. The DUALSHOCK®4 wireless controller that comes with the bundle has a shining black background, while the touch pad design matches the console’s seamlessly. The regal details and the contrasting materials of the console and the controller exuberate elegancy, making the custom designed edition a uniquely styled commodity that accentuates the KINGDOM HEARTS theme.