Ubisoft teases 4 new heroes coming to “For Honor” in 2019

Ubisoft announced that For Honor® will continue its momentum with a third year of content, including four seasonal updates themed around the Year of the Harbinger. The content roadmap for the upcoming year includes four new Heroes, new maps, regular gameplay balance updates as well as several seasonal in-game events offering players new ways to enjoy For Honor. The Year of the Harbinger will officially kick off on January 31 with the new Season, Vortiger, which will introduce a new yet-to-be announced Knight Hero as well as a new map. Further details about Year 3 content will be unveiled progressively throughout 2019, including seasonal events. 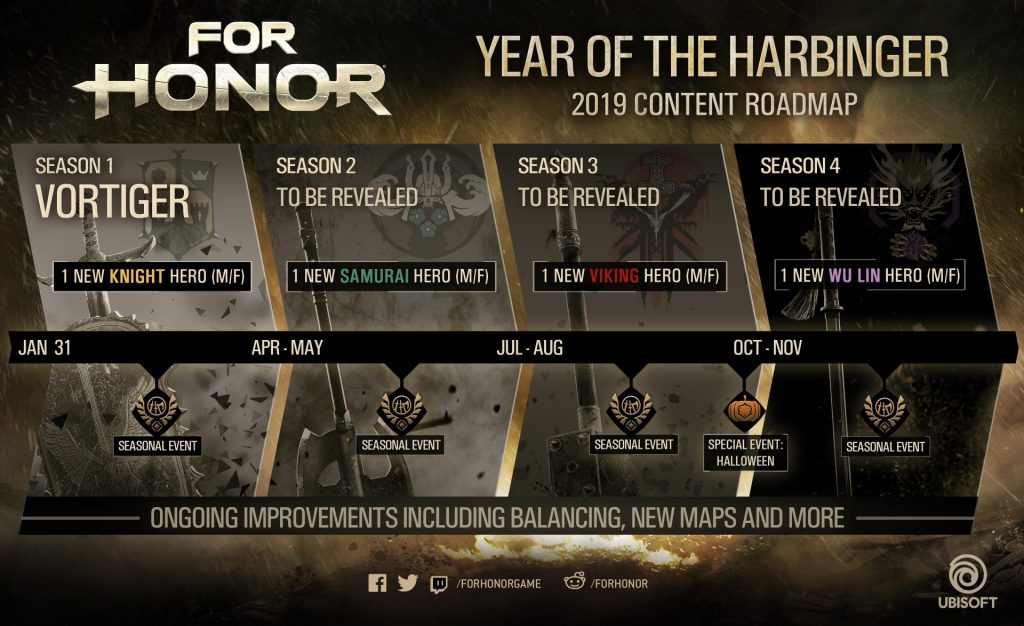 For players looking to enhance their For Honor experience, purchasing the For Honor Year 3 Pass gives owners instant access to each new hero with seven days early access exclusivity. For all other For Honor players, heroes will be available to be unlocked after the seven days of early access by using in-game Steel, with each Hero valued at 15,000 Steel. The Year 3 Pass also offers the following content that is unlocked at purchase: five Scavenger Crates, 30 days of Champion Status, and a special “Thunderbolt and Frightening effect” that can be applied on all Heroes. 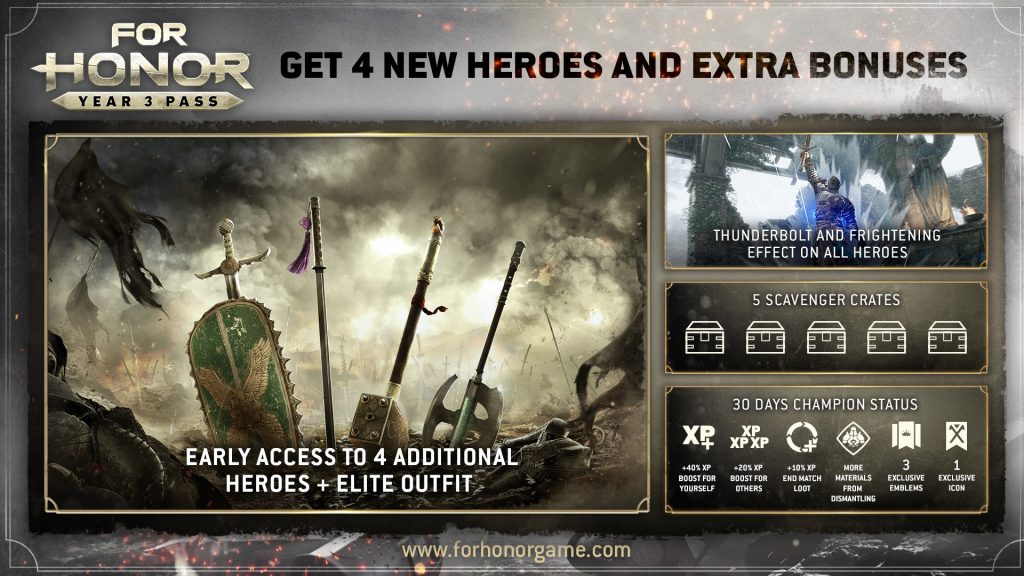 For Honor enters Year 3 coming off a strong second year, which has seen the game reach the 15 million players’ milestone following the introduction of dedicated servers, the release of its biggest content update to date in For Honor: Marching Fire as well as several key updates driven by community feedback. With a roster of 22 Heroes including the recently launched Wu Lin Heroes, as well as seven multiplayer modes, a story campaign and an unlimited PvE mode for Marching Fire owners, For Honor offers a variety of content for those looking to storm the battlefield.