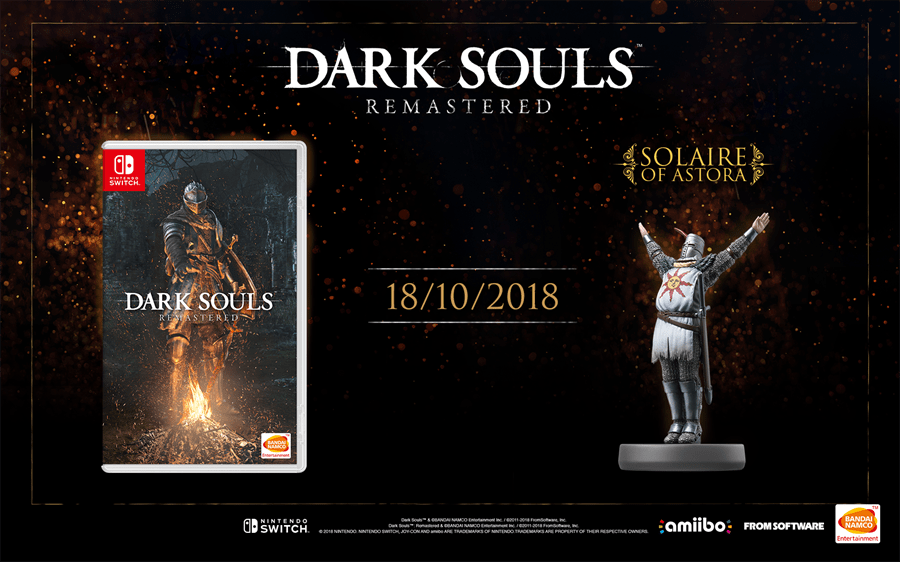 On the same day, the Amiibo® figure based on the famous Solaire of Astora will also be available. It will allow the true Warrior of the Sunlight to prove their faith by using the “Praise the Sun” gesture from the beginning of the adventure (the gesture can also be obtained through regular game play).

The game and the Amiibo will both be available on 18th October 2018 for Southeast Asia (Singapore, Malaysia, Thailand, Philippines and Indonesia).

With tense exploration and fearsome foes, the twisted world of DARK SOULS: REMASTERED is full of trials, extreme battle, diverse weaponry and magic. Players can customize their character to exactly suit their desired gameplay, should it be a heavy armored merciless warrior or a frail but mighty sorcerer. The Nintendo Switch version of DARK SOULS: REMASTERED will allow players to face those challenges head-on everywhere!

DARK SOULS: REMASTERED is also available for PlayStation®4, Xbox One, and STEAM® for PC for Southeast Asia (Singapore, Malaysia, Thailand, Philippines and Indonesia).