Separated from her friends, Rabbid Peach will team up with two new heroes to save the day, the banana-loving hero Donkey Kong and the stubborn Rabbid Cranky. Together, they will embark on a journey across four brand-new environments and fight in a new epic battle against a vengeful Rabbid Kong who uses his new powers to take over a mysterious island. 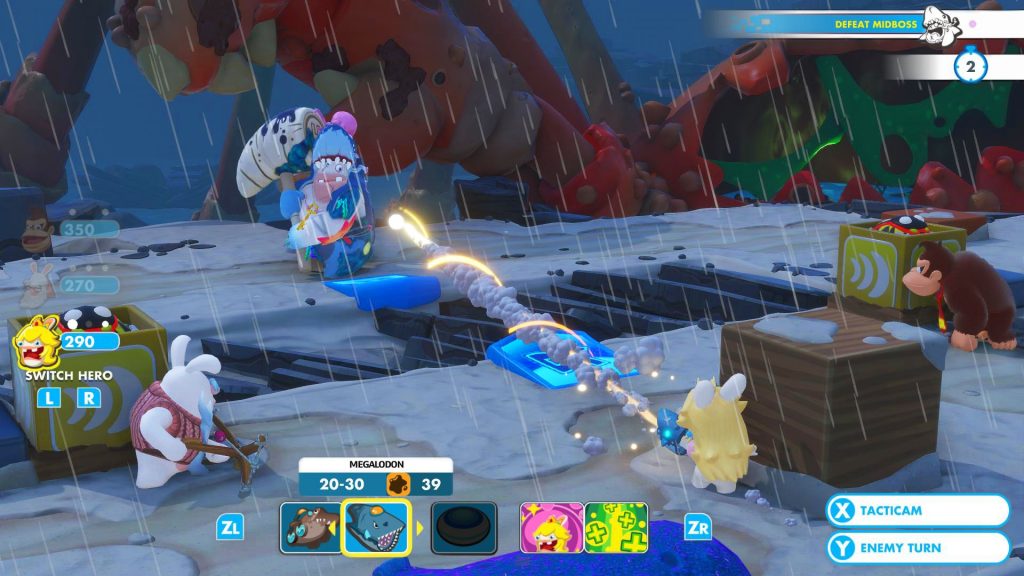 Among the new gameplay to discover, players will turn the tide of battle with an arsenal of fresh abilities including Donkey Kong’s grab-and-throw skill that propels friends, foes, and cover stones, and Rabbid Cranky’s gift of shooting enemies mid-air.

The new team of heroes will confront powerful enemies and face off against massive and unpredictable bosses, including two Shark-Rabbid lieutenants who will do anything to achieve their Machiavellian goal.

Donkey Kong Adventure will release worldwide on the Nintendo Switch™ on June 26 and will be available for Season Pass owners starting June 25. 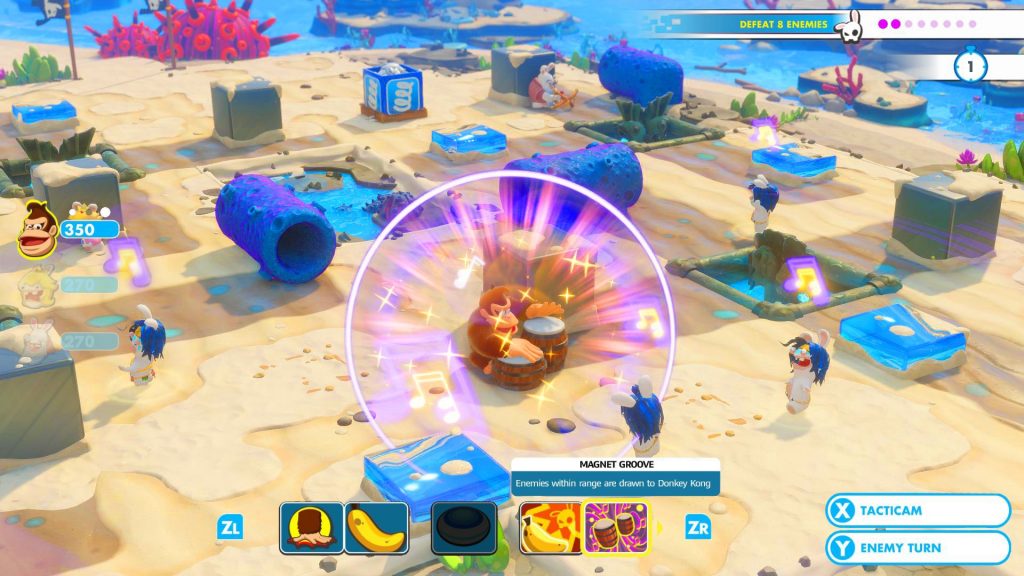 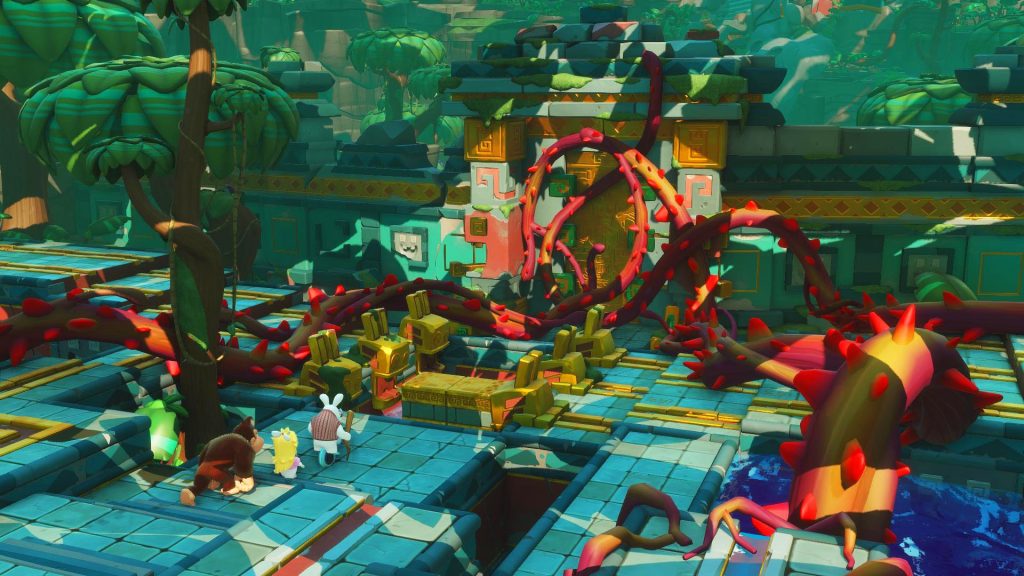 Developed by Ubisoft Milan*, Mario + Rabbids Kingdom Battle sees Mario and his friends engage in a turn-based combat adventure across four iconic worlds. The Mushroom Kingdom’s heroes will have access to a collection of more than 250 unique weapons with distinct statistics to take down enemies. Players will form a team of three heroes from a roster of eight diverse characters, each with their own unique personalities and skill sets ensuring that matches play out differently with each team combination.