LG revealed their 2018 refresh of the new Gram notebooks at CES 2018. While still building on to the Gram values, which focuses on ultra-portability and long battery life, the new LG Gram (2018) is now better than ever. Here are the top 6 features which LG has improved on the new 2018 LG Gram, as compared to last year’s model which we reviewed. 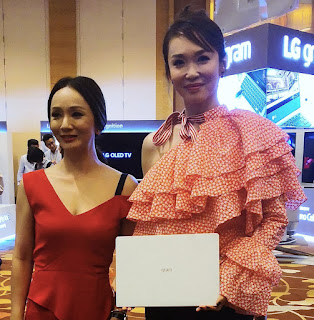 The new LG Gram 15 comes with a 72Wh battery, which is said to last up to 22.5 hrs on a single charge. It is the first time that a notebook has been tested to perform continuously for almost a full day. Even with the added battery capacity, the Gram 15 (2018) still manages to maintain its thin and light profile, and weighs only 1.09KG. That’s definitely impressive.
This is probably achieved not only by the increase in battery capacity, but also the improved power efficiency of the new 8th Generation Intel Core processors. Of course, it is expected that the new LG Gram series will also perform cooler as well! 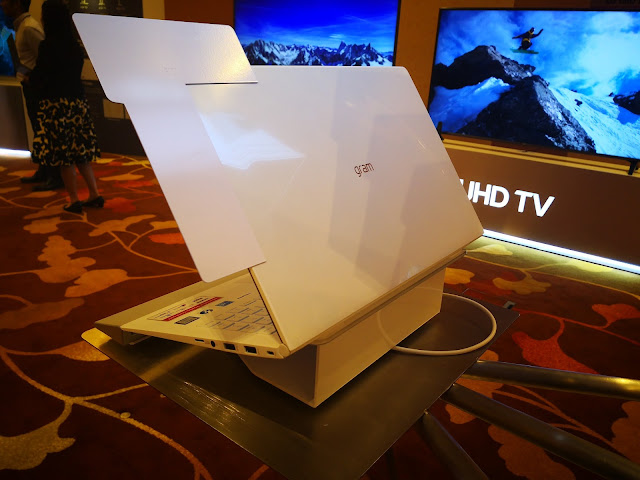 All new 2018 versions of the LG Gram will come with a new Fingerprint Reader that is embedded on the power button. By pressing the power button to turn on the notebook, the user will also automatically authenticate him/herself as well. This feature is quite innovative, as it does not require any additional efforts for the user to authenticate access for the use of the computer. It seems that LG has improved security without the expense of user experience with this new release. We’re impressed!

The 2018 Gram notebooks incorporates many new features that were previously unavailable. The new 13 inch variant now comes standard with a touch-screen display. Moreover, LG has also used their new IPS In-cell Touch technology on the touch panel. This technology prevents any changes or shifts in colours when pressure is exerted on the screen.

Hated that nose-cam in the previous generation of LG Gram notebooks? LG has finally listened to the consumers, and did extra design and engineering efforts to correct what was initially wrong. They have finally managed to squeeze the webcam to above the display, thus allowing a more natural camera placement for video conferencing uses.

The LG Gram (2018) is built with the Nano Carbon Magnesium full metal alloy material for its body. This is one of the most optimal material for a notebook computer which strives for the best of both worlds in terms of weight and strength. With this new material, this new notebook has even passed the stringent U.S. military MIL-STD 810G durability tests. Essentially, this means that the notebook is going to be extremely durable, and resistant to impact, pressure and temperature.

While retaining its minimal design, the engineers and designers from LG still managed to fit in 2 x M.2 Slot into the unit. This means that users can easily upgrade their notebook with an additional SSD for even more storage on the system. Moreover, the LG Gram (2018) also features 2 x standard DDR4 SODIMM slots (1 already taken up). Want to upgrade the system’s RAM? Simply purchase a compatible DDR4 RAM unit, and enjoy the improved performance!