Singapore, 12 March 2018 – Changi Recommends has expanded
connectivity of its wireless modem rental service, ChangiWiFi, to cover Canada
and countries in the Middle East, including Oman, Qatar, UAE, Saudi Arabia and
Israel. These newest additions bring Changi Recommends’ global network to over
40 countries across Asia Pacific, Europe, North America and the Middle
East.
In 2017, the number of travellers
opting for exotic holiday destinations, including to the Middle East, grew by
three to four times[1].
“Canada and the Middle East are
up and coming travel destinations. We decided on this new venture after
listening to our customers’ feedback on wanting to see ChangiWiFi made
available at these spots,” commented Changi Recommends. “The team at Changi
Recommends is always looking to expand our ChangiWiFi network to new
destinations, adding in exotic locations to our current mix of popular
destinations.”
ChangiWiFi is the go-to router
for savvy travellers, providing Singaporeans with instant connectivity to their
loved ones without the hassle, even in the most foreign of places. With over
seven Changi Recommends counters situated across T1, T2, and T3 and T4 Halls in
Changi Airport operating 24 hours, seven days a week, collecting and returning
ChangiWiFi is a breeze. Travellers are also free from obligations during the
reservation process as payment for usage is only made after trips.

To further reduce the commitment
required on the travellers’ end, Changi Recommends has waived charges typically
imposed on both collection and departure day for all trips happening now till
30 June 2018. These two free days offer cost savings of up to $34, with a
minimum rental of four days. 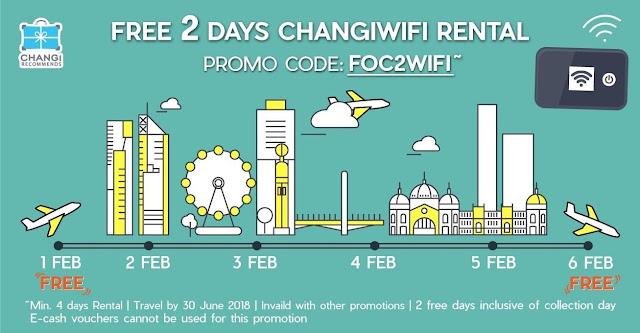 ChangiWiFi also allows for up to
six mobile devices to be connected, the highest number of devices in the
market. This makes it perfect for sharing and provides additional cost savings
for larger groups. 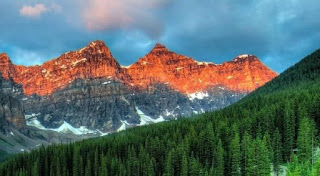 Canada prides
itself on providing travellers with memorable, bucket-list experiences.
Thrill-seekers can go on an EdgeWalk at the CN Tower, Canada’s iconic 1,815-foot
tall building amidst the Toronto skyline or trek in Manitoba during the winter
to catch a glimpse of majestic polar bears up close and personal.
Romantics will have their fair
share of experiences too as they get to experience Québec City’s charm. The
UNESCO-treasured Old Town features colonial streets which makes for a fairy
tale-like setting.
With ChangiWiFi, travellers can
share these one-in-a-lifetime moments instantly with their loved ones, as if
they are right there with them in Canada.

Stay safe while exploring the diverse culture of
Middle East 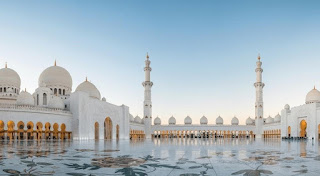 Despite common misconception that
the Middle East is a dangerous region, there are also countries there that are
safe for travellers to explore.
The safest spots within the
region include northern Israel, with places like Nazareth and Haifa that are
symbolic of the spirituality and solemn beauty of the land, as well as Qatar,
known for its delicious local cuisine featuring spices and cinnamon. In 2017,
Oman was also named the fourth safest country in the world by the World
Economic Forum, outranking Singapore which takes the sixth place[2].
To top it off, travellers can
have an extra peace of mind by staying connected at all times in these locations
with ChangiWiFi.
Allowing travellers to save on
costly data roaming, Wi-Fi hunting and prepaid SIM card credits, ChangiWiFi’s
rental rates to these new destinations are competitively priced at:
More details and reservation of
ChangiWiFi can be made online at https://www.changirecommends.com/owifi.aspx
Note to Editor:
Fair Usage Policy applies to new
destinations listed, implemented by the local network
carrier. The user may experience either slow data speed, temporarily
idle for a period of time, if the data usage exceeded the assigned limit. This is to prevent network abuse and congestion. The
excess data will not incur additional cost on rental rates.
About
Changi Recommends
Changi
Recommends was established in Singapore
by
Changi
Travel Services Pte Ltd, a subsidiary of Changi
Airport Group, in 2012 with the aim to enrich travel experiences for both
inbound and outbound travellers.
Be it for business or leisure,
travellers will find an extensive range of services that have been carefully
curated to their travelling needs. Such services include rentals of ChangiWiFi
overseas routers & Singapore WiFi routers, overseas prepaid SIM cards,
local and overseas tour and attraction tickets, Japan Rail passes, airport
transfers, flight tickets, travel insurance and Meet & Greet services.
With a total of seven Changi
Recommends counters in all four Singapore Changi Airport terminals operating 24
hours, seven days a week, travellers can collect their purchases with great
convenience.
Connect
with us at:
Website:
www.changirecommends.com
Facebook: www.facebook.com/changirecommends