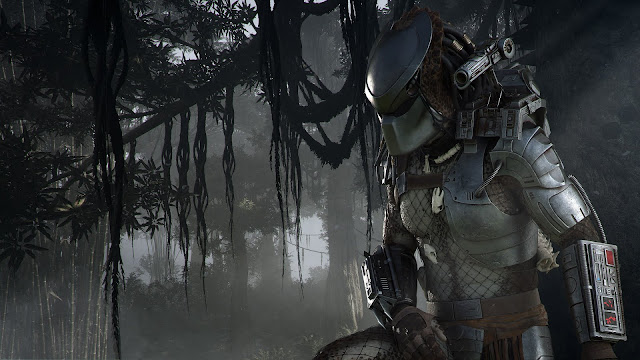 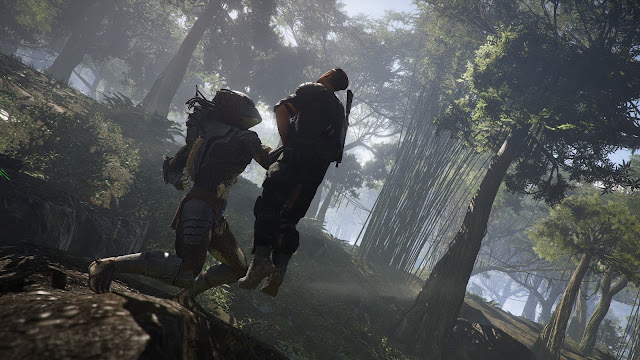 FREE PREDATOR SPECIAL CHALLENGE
Starting December 14 until early January, all players of Ghost Recon Wildlands will be able to face the Predator in the game’s ultimate hunt. This new Special Challenge is playable solo or up to four-player co-op and is the most difficult fight of all Ghost Recon Wildlands. 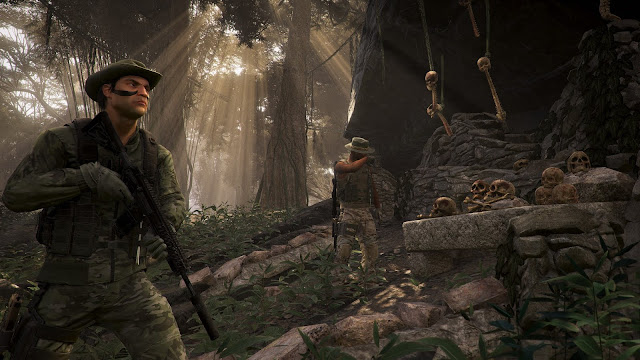 PREDATOR CUSTOMIZATION ITEMS
Upon defeating the Predator, players will be rewarded with exclusive items such as the Predator mask with a new, exclusive Predator vision. In addition to rewards for completing the challenge, players can further customize and arm their Ghosts with the Predator Pack, which includes 15 new customization items, weapons and an exclusive close combat move, to recreate some of the most memorable characters from the original movie. 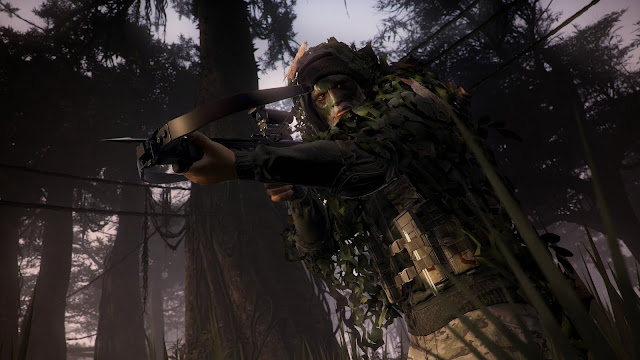 PREDATOR INSPIRED GHOST WAR PVP CLASS
With its ability to engage in Battle Rage mode, the new Ghost War class inspired by main character Dutch from the original Predator movie will offer offensive players a new alternative to create strategies and tactics on the PVP battleground. Ghost War players will be able to access the new class through the Ghost War Pass or the Season Pass, or by using their Prestige points directly.
“At Ubisoft Paris, we have been fans of the Predator movie for a long time and are thrilled to bring such an iconic character to our game,” said Nouredine Abboud, Senior Producer at Ubisoft. “The challenge is full of references to the original Predator movie and we cannot wait to see the reaction of our players!”
“The Predator is a perfect fit for the Bolivian Jungle of Ghost Recon Wildlands, and fits flawlessly within the tense and tactical gameplay of the franchise from Ubisoft,” said Rick Phillips, President of FoxNext Games.
Jungle Storm also expands Ghost War’s scope, introducing ranked play, the new Pathfinder class, as well new gear and gameplay updates for both the base game and the PvP modes.
Developed by Ubisoft Paris,* Tom Clancy’s Ghost Recon Wildlands is a military shooter entirely playable in up to four-player co-op or single-player from beginning to end. Players have total freedom to accomplish their missions how they want and watch as the world reacts to their actions. Players can choose to move quietly in the night, go in hot at dawn or work together to execute a sync shot that takes out enemies in one fell swoop. Each choice has a consequence, and players must improvise or adapt their plans to ensure the completion and success of each mission. Ghost Recon Wildlands Ghost War allows players to live the ultimate co-op experience in 4-versus-4 modes. Featuring a growing roster of classes, maps and player-versus-player modes, Ghost War focuses on teamwork, strategy and tensed tactical engagements.
For more information about Tom Clancy’s Ghost Recon Wildlands, please visit ghostrecon.com, and follow us on Facebook at facebook.com/UbisoftSEA and on YouTube atyoutube.com/UbisoftSEA for more Ubisoft excitements and updates.
*In collaboration with Ubisoft Annecy, Ubisoft Bucharest, Ubisoft Montpellier, Ubisoft Milan, Ubisoft Belgrade and Reflections, a Ubisoft studio. 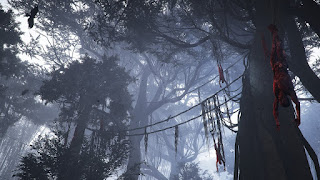 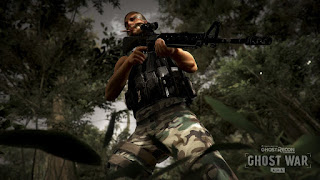 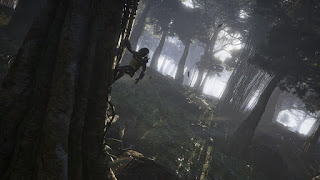 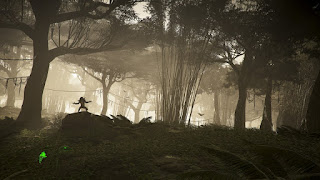 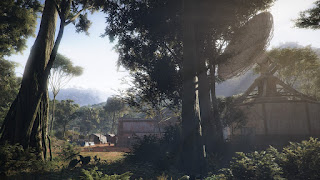 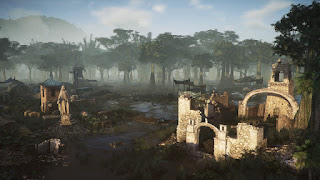 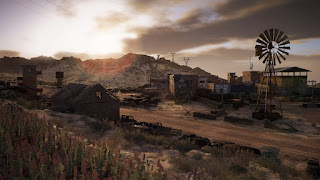 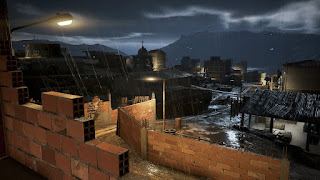 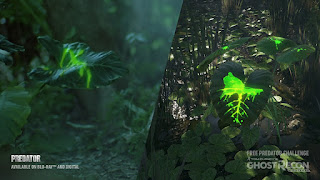 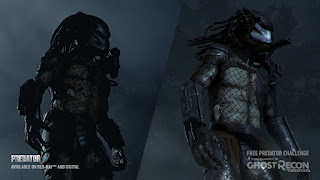 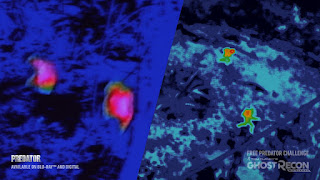 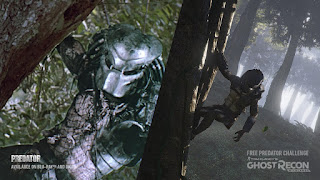 About Tom Clancy’s Ghost Recon Wildlands
Launched in 2001 with critical acclaim from fans of the Tom Clancy’s world, the Ghost Recon franchise has since convinced 25 million players thanks to breakthrough releases and has become the best-selling Tom Clancy’s brand on the last generation of consoles and PC. Tom Clancy’s Ghost Recon Wildlands brings the franchise to the next level with an episode designed from the ground up for a new generation, featuring a massive and visually stunning open world, playable for the first time online in four-player co-op.
Tom Clancy’s Ghost Recon Wildlands is a work of fiction. Like similar Tom Clancy’s games from Ubisoft, the game takes place in a modern universe inspired by reality, but the characters, locations and stories are created solely for entertainment purposes. One of the reasons Bolivia was chosen as the background of this game was due to its magnificent landscapes and rich culture. While the game’s premise imagines a different reality than the one that exists in Bolivia today, we do hope that the in-game world comes close to representing the country’s beautiful topography, and that players enjoy exploring the diverse and open landscapes it moved us to create. Any resemblance to actual events or any real persons, living or dead, is purely coincidental.
About Ubisoft
Ubisoft is a leading creator, publisher and distributor of interactive entertainment and services, with a rich portfolio of world-renowned brands, including Assassin’s Creed, Just Dance, Tom Clancy’s video game series, Rayman, Far Cry and Watch Dogs. The teams throughout Ubisoft’s worldwide network of studios and business offices are committed to delivering original and memorable gaming experiences across all popular platforms, including consoles, mobile phones, tablets and PCs. For the 2016–17 fiscal year Ubisoft generated sales of €1,460 million. To learn more, please visit www.ubisoft.com.
© 2017 Ubisoft Entertainment. All Rights Reserved. Tom Clancy’s, Ghost Recon, the Soldier Icon, Ubisoft, and the Ubisoft logo are registered or unregistered trademarks of Ubisoft Entertainment in the US and/or other countries.
About FoxNext Games
FoxNext Games, a division of FoxNext, has a successful track record of creating critically acclaimed games including The Simpsons: Tapped Out, Angry Birds Rio, Alien: Isolation, Family Guy: The Quest for Stuff, Ice Age Adventures, and Sugar Smash: Book of Life.

CLOSED BETA FOR NARUTO TO BORUTO: SHINOBI STRIKER ON PLAYSTATION®4 THIS WEEKEND!