Ever wanted to know how it feels like to be a Jedi? Look no further as Lenovo, together with Disney, got you covered with the Star Wars™: Jedi Challenges Augmented Reality (AR) kit. There is only one caveat and doubt in some minds, can a smartphone power and provide an immersive experience in your training as a Padawan? Let’s find out! 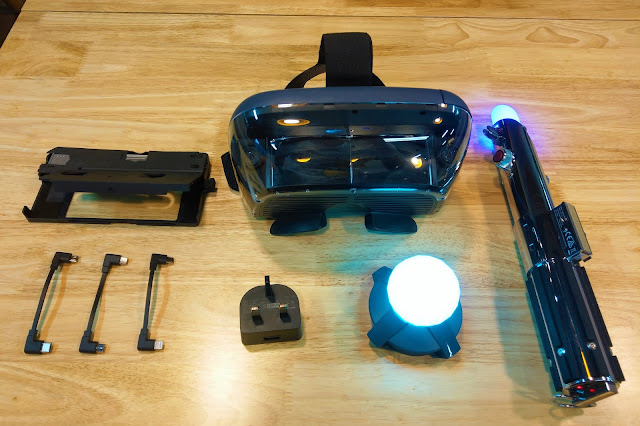 The Star Wars™: Jedi Challenges AR kit comes fully loaded. Not only does it come with a headset for your viewing glory, it even comes with a gosh darn lightsaber! At the price of only $379, many would be expecting the cost to be mainly on refining the software. This is not the case as the hardware is pretty decent. The lightsaber controller does not feel or look cheap, nor does it look fake as its design seems authentic. It even comes with 3 different cables (Micro-USB, USB-C and Lightning port) to support the majority of smartphone out there, even those that are not officially compatible. 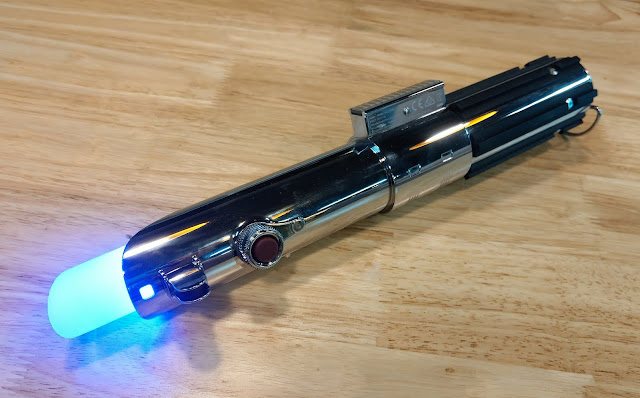 The Mirage AR headset also feels well-made with sufficient foam padding as well as air vents to keep your phone from overheating. It is still recommended to keep your play session to at most a few hours as smartphones often heat up quickly, even if it is well-ventilated. One flaw of the headset is in its weight distribution. During use, the weight seems to be focused at the front. This can strain the neck muscle if used for a prolonged period, and as a result, users would often use their free hand to support the headset’s weight. Nevertheless, it only slightly detracted from the immersion.

The setup was tested with the Google Pixel 2 XL, which weighs only at 175g. Even then, the Mirage AR headset can feel heavy. Nevertheless, the Pixel 2 XL was able to drive a seamless and immersive experience.

When it comes actual game modes, the Lightsaber battles would definitely be the highlight. Not only will you be taking on droids or Stormtroopers from the First Order, you will also be having 1-on-1s with many iconic Sith Lords.
Here are some gameplay clips:

Not going to lie, the battle with Darth Maul was the most nostalgic. From the iconic theme song “Duel Of The Fates” to the first unveiling of his Double-Bladed lightsaber, waves of excitement will undoubtedly go through you.

From Darth Vader to Kylo Ren, the fighting style and gameplay varies between each boss fight. Kylo Ren in particular will be able to call on his men from the First Order to aid him, providing some variety in battle.
Dueling also provide players with power-ups such as force abilities or passives to aid you in your battles. Your Lightsaber will also change color as you rise through the ranks as a Padawan.

AR actually played a huge role in aiding immersion. Not only do you actually feel like you are actually holding onto a legitimate lightsaber, the translucent design of the Mirage AR headset makes it as though a Sith Lord is actually in the room with you.

Star Wars™: Jedi Challenges’s second game mode puts you in the shoes of a military strategist, allowing you to command rebel troops in a battle simulation. This is similar to Clash Royale, where you will be able to drag and drop a set of different units onto the field.
This mode does have some variety in its mainly defensive mission. While holding off against waves of empire scums, you will be given additional bonus objectives such as taking out an enemy anti-air cannons. This forces players to change their strategies, instead of simply turtling the entire playthrough.

As you progress through missions, while meeting upgrade challenges, you will be given newer and more powerful troops. This gives players some feeling of accomplishment, reducing some repetitiveness in the game.

Last but not least, Lenovo included the Holochess in the package. Holochess, the iconic board games shown in “Star Wars: Episode IV – A New Hope™“, have you playing a unique type of chess – one with monsters with health pools. 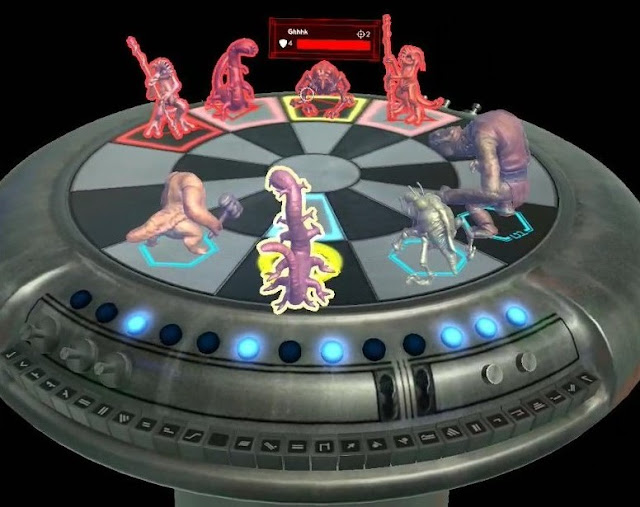 This gives players breather between rounds of dueling Sith Lords, changing the pace drastically from action to a slower form of strategy.

Playing with the Star Wars™: Jedi Challenges was surprisingly fun. Not only did the lightsaber controller make it as though you are actually holding onto a lightsaber, the boss battles have a ton of variety in them. As compared to the Lightsaber battles, the other game modes felt like side dishes to the main course.
It is also an affordable AR experience as the package comes fully geared while only costing S$379. Apart from the smartphone compatibility, and the passable weight distribution of the Mirage AR headset, the “smartphone-powered AR experience” exceeded expectations.
For the LATEST tech updates,
FOLLOW us on our Twitter
LIKE us on our FaceBook
SUBSCRIBE to us on our YouTube Channel!