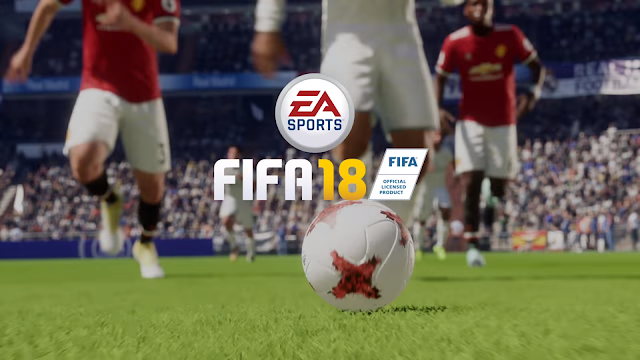 SINGAPORE – October 2, 2017 – Electronic Arts Inc. (NASDAQ:
EA) has launched EA SPORTS™ FIFA 18 on PlayStation®4, Xbox One,
PC, Nintendo Switch™, PlayStation®3, and Xbox 360 systems*. The World’s Game
blurs the line between the virtual and real worlds bringing to life players,
teams, and atmospheres with all new gameplay features including Real Player
Motion Tech, a Dribbling Overhaul, Player Personality, and Dramatic
Moments*. FIFA 18 also delivers a robust Ultimate Team™
experience with the introduction of FUT ICONS, the most iconic football legends
available as three unique versions representing their storied careers. Furthermore,
Alex Hunter returns for his second chapter in The Journey, the franchise’s
critically-acclaimed story mode. To read more about the feature set in
FIFA 18 visit: here.
“When you play FIFA 18, I think you’ll immediately notice the
benefits of the Frostbite engine across the game, the level of detail that has
gone into gameplay to deliver unprecedented fidelity of control, and the
passion that has gone into the modes like FUT, Career Mode, and The Journey to
make them even more engaging,” said David Rutter, VP and GM of EA SPORTS.
“Today FIFA 18 will launch in more than 50 countries and 19
languages; I’ve never seen the team this proud to launch and I know fans will
get many, many hours of enjoyment out of FIFA 18.”
Players
can continue the career of Alex Hunter in The Journey: Hunter Returns on the
PS4, Xbox One and PC. This season Alex takes his talents around the globe, with
opportunities to play for world-class clubs including Atlético Madrid, Paris
Saint-Germain FC, FC Bayern Munich, and LA Galaxy. Along the way Alex meets up
with the star-studded cast including Antoine Griezmann, Thierry Henry, Dele
Alli, Rio Ferdinand, James Harden, and more, as well as some surprising new
characters and returning fan-favorites. Can Hunter prove himself an
international star, or will major shakeups in his personal and professional
life prove too much to overcome?
The launch of FIFA 18 also marks a big season ahead for
Ultimate Team with the introduction of FUT ICONS. Players across PlayStation®4,
Xbox One, PC, and Nintendo Switch™ can take the pitch with some of the greatest
football legends of all time on their FUT roster, including Ronaldo Nazário,
Diego Maradona, Ronaldinho, Pele and many more. Each of the FUT ICONS will have
three unique versions available, marking different moments in their storied
careers. In addition, Squad Battles is an all new single-player mode where fans
on PS4, Xbox One or PC can play against teams built by community members,
influencers, and professional players to earn rewards in FUT.
FIFA 18 is also feature-packed on Nintendo Switch with fan-favorite
modes like Career Mode, Ultimate Team, and Local Seasons where up to four
friends can compete in head-to-head matches across two Nintendo Switch
consoles. FIFA 18 for Nintendo Switch also boasts
console-specific controls supporting a myriad of console configurations such as
docked, handheld, and tabletop, as well as support for the Nintendo Switch Pro
Controller. FIFA 18 earns the nod as first title on the
platform from EA.
FIFA 18 is developed by EA Vancouver and EA Romania and will be
available worldwide today for, PlayStation 4, Xbox One, PC, Nintendo Switch,
PlayStation 3 and Xbox 360 systems*.
Whether it launches new careers for streamers or influencers, helps break the
latest song into the mainstream, or inspires the creation of an all new type of
football club, EA SPORTS FIFA is more than a game. Watch
the official launch commercial here.
Join the EA SPORTS FIFA community at Facebook and on Instagram. Follow us on Twitter @easportsfifa and
use the hashtag #FIFA18.
EA Access and Origin Access members receive a 10
percent discount** when they purchase a digital version of FIFA 18 on
Xbox Live and Origin.
The EA SPORTS brand is one of the leading sports entertainment brands in the
world, with top-selling videogame franchises, award-winning interactive
technology, fan programs and cross-platform digital experiences. The EA SPORTS
studios create connected experiences that ignite the emotion of sports through
videogames, including Madden NFL football, EA SPORTS FIFA, NHL® hockey,
NBA LIVE basketball, Rory McIlroy PGA TOUR® golf, SSX™ and EA
SPORTS UFC®.
For
more information about EA SPORTS games, including news, video, blogs, forums
and game apps, please visit http://www.easports.com to
connect, share and compete.
About
Electronic Arts
Electronic Arts (NASDAQ: EA) is a global leader in digital interactive
entertainment. The Company delivers games, content and online services for
Internet-connected consoles, personal computers, mobile phones and tablets. EA
has more than 300 million registered players around the world.
In fiscal year 2017, EA posted GAAP net revenue of $4.8 billion. Headquartered
in Redwood City, California, EA is recognised for a portfolio of critically
acclaimed, high-quality blockbuster brands such as The Sims™, Madden NFL, EA
SPORTS™ FIFA, Battlefield™, Star Wars™Battlefront™, Need for
Speed™, Dragon Age™ and Plants vs. Zombies™. More information about EA is
available at www.ea.com/news .
EA SPORTS, Ultimate Team, Frostbite, The Sims, Dragon Age, Plants vs. Zombies,
SSX and Battlefield are trademarks of Electronic Arts Inc. John Madden, NFL,
NHL, NBA, PGA TOUR, UFC and FIFA are the property of their respective owners
and used with permission.  STAR WARS © & TM 2015
Lucasfilm Ltd. “PlayStation” is a registered trademark of Sony
Computer Entertainment Inc. Nintendo Switch is a trademark of Nintendo.
*FROSTBITE
GAME ENGINE, THE JOURNEY: HUNTER RETURNS, FUT ICONS, REAL PLAYER MOTION TECH
AND OTHER FEATURES NOT AVAILABLE ON ALL PLATFORM VERSIONS.  PLEASE
VISIT https://www.easports.com/fifa/features FOR
FULL DETAILS.
**CONDITIONS, LIMITATIONS AND EXCLUSIONS APPLY.  SEE EA.COM/EAACCESS/TERMS AND ORIGIN.COM/STORE/ORIGIN-ACCESS/TERMS FOR
DETAILS.