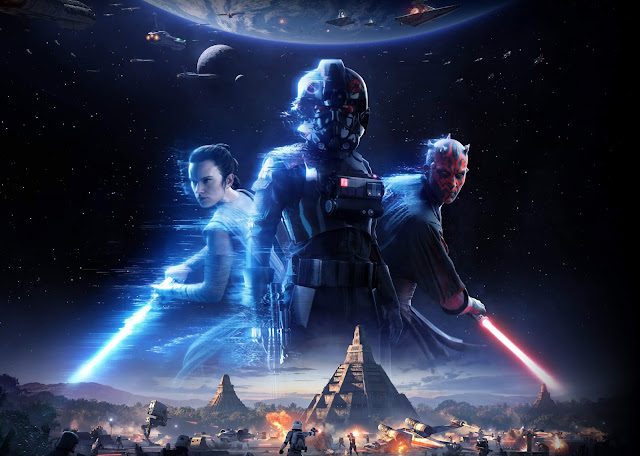 The reception of Star Wars Battlefront (2015) was a mixed bag. Some were happy that their favorite game series was getting a reboot, while others felt it was just another Call of Duty game with a different skin. Let’s not kid ourselves, whichever side you were on, you will still surely get the brand-new Star Wars Battlefront II (SWBII) that is coming out this November!

There are 4 main classes in the game – Assault, Heavy, Officer and Specialist. The Assault class is the all-rounder and typical assault class, while interestingly, the Heavy class allows players to carry portable shields while wielding a heavy machine gun. The Officer class is reserved for the supporting role through the providing of buffs, and the Specialist class is for those who enjoy one-way long-distance relationships (AKA sniper). 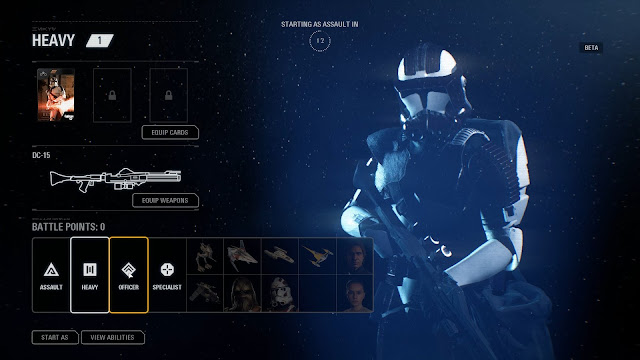 Each class has 3 types of unique abilities, although there is little to no difference when it comes to the different factions of the same class. 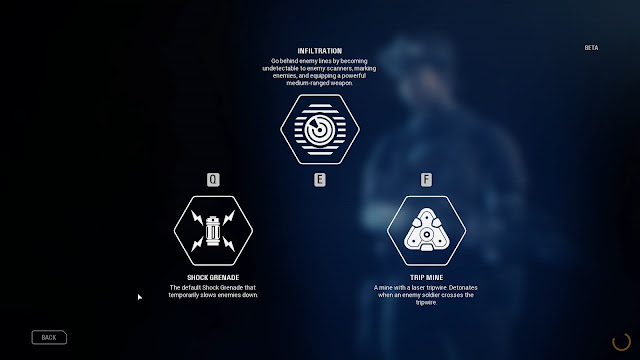 The game also allows you to equip cards that improve or change the abilities that you dislike, while being able to switch around various weapons to suit your playstyle. To obtain these cards, there are loot crates involved where random drops will be gifted to you – such as cards, weapons and more. There is a little pay-to-win aspect of it as cards can give players a benefit over others, but we’ll have to see how it actually affects gameplay after the game’s launch. 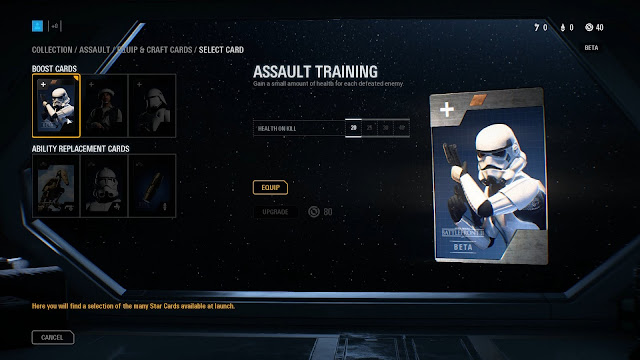 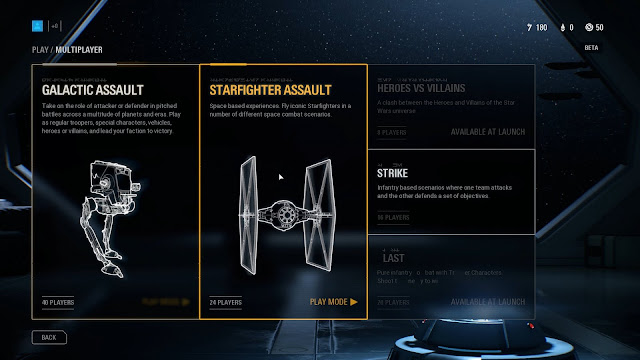 There are several multiplayer modes available in SWBII, with only three being available in the multiplayer beta. One of them is the Galactic Assault mode that features up to 40 players in Naboo. Another is the Starfighter Assault mode which features space battles of up to 24 players. While the Strike mode has teams fighting over several objectives in Takodana (anyone who has watched The Force Awakens would definitely recognize the image below). Each match is rather quick and action-packed with the duration ranging from 15-20 minutes, with the respawn time being near instant or up to 10 seconds. 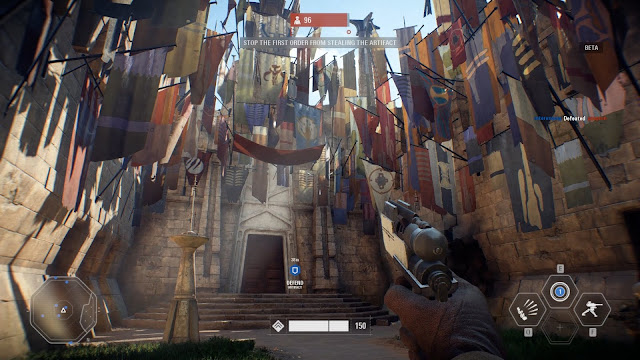 The Galactic Assault mode, particularly the one in Naboo map, felt a little too bland. You were either tasked to take down an objective (MTT) and guard certain points, or you had to protect your MTT while capturing certain points. There were only small variations in objectives, making the map dull a little quicker than expected. 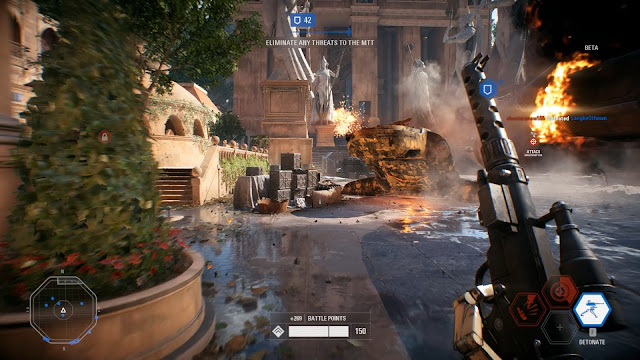 Whereas the Starfighter Assault mode has you taking down Imperial Cruisers, navigating through tight passageways to take out shield generators as well as shooting down traitorous Y-Wing bombers. Doing so led to bigger and more tangible rewards such as destroying a Star Destroyer. Hopefully more interesting maps are released for after the game’s launch.

Instead of having vehicle/hero pickups all around the map, you now have to collect battle points to purchase a one-off use of special characters and vehicles. These points are gained by participating in objectives or killing opponents. Said characters include heroes such as Han Solo, Rey and even Darth Maul. Unfortunately, not all iconic characters are playable in the beta and more would be unlocked in the future. However, if you were wondering if these characters are overpowered, rest assured as they are not… exactly. 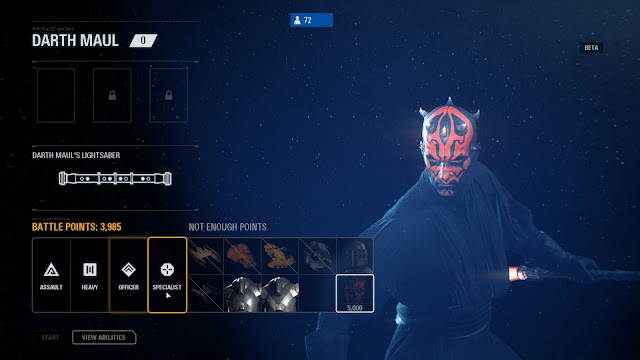 Wreaking havoc as Darth Maul is as you expect, exhilarating. Force chocking enemies, gliding around while sliding your double-bladed lightsaber into the guts of clone troopers felt satisfying. However, if you were expecting instant victory with the heroes, you are sorely mistaken. You cannot simply charge into a room of troopers without any repercussions. Teamwork and common sense still goes a long way.

For those who wants to take a break from the hectic multiplayer, you can jump into the Arcade mode which consists of scenario based missions. You can also do it to play more as heroes such as Darth Maul.

The game is shaping up to be a great one. Not only does it look spectacular thanks to the game running on the Frostbite engine, there are also hours of fun simply with just one map per game mode. I am especially looking forward as to how well the single-player aspect of the game does.
For the LATEST tech updates,
FOLLOW us on our Twitter
LIKE us on our FaceBook
SUBSCRIBE to us on our YouTube Channel!