Bringing together the latest Sony
innovation harnessed into the power of Xperia™, Sony Mobile unveiled
three stunning new smartphones at IFA including the Xperia XZ1 and XZ1 Compact
to its flagship family, and Xperia XA1 Plus to its super mid-range. 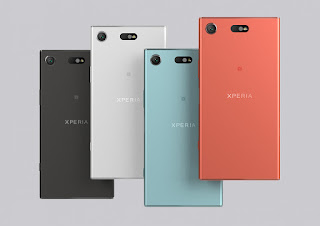 Xperia XZ1 and Xperia XZ1 Compact
·         The Xperia XZ1 and Xperia XZ1 Compact feature an immersive
experience through Sony’s Motion Eye™ camera, building on
Super Slow Motion and Predictive Capture
·         Both models house Sony’s latest breakthrough in mobile
creativity – the 3D Creator, which allows users to capture
high quality 3D scans of objects and faces for the first time in a smartphone,
and its new Autofocus burst, which intelligently follows
subjects and adjusts the focus to make sure action shots stay sharp.
·         The XZ1 harnesses Sony’s prowess from its BRAVIA TV technology,
creating rich displays by incorporating HDR (High Dynamic Range) in a 5.2” Full
HD display, while the XZ1 Compact packs a punch in a convenient 4.6” HD screen. 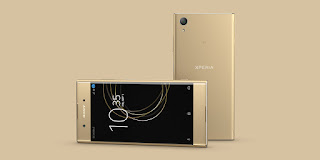 Xperia XA1 Plus
·         The XA1 Plus brings best in class
entertainment to the Super mid-range in a selection of stand-out colours to
show your personality in a fun 5.5” screen equipped with Full HD display. The
device also packs a fingerprint sensor for enhanced security and an increased
battery capacity (3430mAh).
Xperia XZ1 and Xperia
XZ1 Compact will be available in Singapore from October 2017 and both will ship
with Android 8.0, Oreo.