OUR PLANET’S GOT DIRTY LITTLE SECRETS! - The Tech Revolutionist

OUR PLANET’S GOT DIRTY LITTLE SECRETS!

OUR
PLANET’S GOT DIRTY LITTLE SECRETS!
This glimpse of the future was crafted by: Ellen Worthington and Sharon Manssen 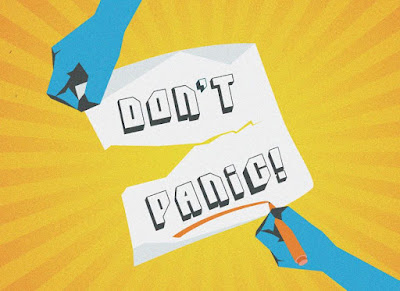 Polls
can be a real drag. Just when we start thinking we’re something special, we
read a survey that knocks us down to size. So, while the Aussies have earned
some serious bragging rights for offering the world WiFi, they also have to swallow a survey that ranked them in the top five waste producing nations, on a per person basis.
And
while Britain pioneers biomedical breakthroughs, it will have to address an
estimated 7.3 M tonnes of household food waste thrown away in 2015 – up from 7
M tonnes in 2012.
The reality is, we are forging the future at a
rate so meteoric that there seems to be no time for looking back. In one way,
our genius has landed us in fields of study and innovation unimaginable. Yet,
in another way, we have never been dumber when it comes to the basic ways in
which our actions affect the world around us. Our 21st century achievements may merit a big pat on the
back, but they also demand we look down to read the price tag they place on our
planet.
What we should be doing is panicking!
A call for consequence
In our streamlined and super convenient consumer
culture, there’s a considerable disparity between what we do and what our doing
does to the earth. We flush the toilet, without thinking that it takes an
average 13 litres of water to fill it up again.
We throw our rubbish in the dustbin, disconnected from
the reality projecting a global 2.2 billion tonnes of landfill waste by 2025.
We buy food and clothing with no concept of their provenance. The order of the
day is ‘out of sight, out of mind’, because, in fact, we can afford to think
that way.
The landfill, the sewerage station, the intersection
between river and wastewater… these offensive spaces of human squalor are just
too far over the hill for the average first-world consumer to see. As a result,
our disposable lifestyles go unchallenged with no sense of consequence or call
to pick up our abominable mess.
The catalyst of crisis
The truth is, like it or not, we are seriously in the
dwang. How else do you interpret it, when the Global Footprint
Network calculates we need 50% more Earth than we currently have to
continue operating at this economic pace? Beyond a matter of opinion, the sheer
numbers speak for themselves; the Earth simply cannot sustain our nasty
habits.
Scientists and economists, in spite of all their
compelling arguments and incentives over decades, have been unable to sway
human behaviour. (Look no further than the average accelerating rate of global
CO2 emissions as a case in point.) The only appropriate response, if we are to
rise to this colossal challenge, is to call a crisis.
Paul Gilding, activist and advisor on sustainable economy, explains its catalysing power to
unleash immediate action: “When we feel fear and we fear loss, we are capable
of quite extraordinary things.” We see the rallying resilience of the
human spirit every time the rubble of tragedy is upturned. We also see how
crisis can move the mountains of political economies overnight. (Take the
bombing of Pearl Harbour, as an example. Just four days later, the entire
civilian car industry was frozen and funds redirected for the rationing of food
and energy).
In order for audacious but achievable action such as
Gilding’s One Degree War
Plan to counteract climate
change, global experts and political leaders need to call the crisis now.
But, in order for humanity to outwit the odds against us, the responsibility to
properly panic is on all of us.
Do your bit
Heart attack victims, or others who have had a ‘near
death’ experience, will tell you that it is often this massive jolt to the
senses that spurs them to take action to change their lifestyle drastically by
losing weight, working less, eating better, exercising, etc. In other words, it
is only the reality that they have a finite (and fragile) existence and that
they have something precious (their life) to lose that sees them realise that
they have to do something so as not to lose it.
Perhaps, when it comes to our planet, we collectively
need a jolt, and a very serious one, to get us all on board to effect positive
behavioural change.
So let’s panic, and panic well. And then let’s harness
our panic for good – using its power to unify, to inform and to mobilise mass
response to the greatest problem the world has yet seen: its ability to
self-destruct!
(Aurecon’s
award-winning blog, Just Imagine
provides a glimpse into the future for curious readers, exploring ideas that
are probable, possible and for the imagination. This post originally appeared
on Aurecon’s Just Imagine blog.
Get access to the latest blog posts as soon as they are published by subscribing to the
blog.)