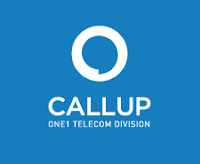 Rosh Haayin, Israel, May 18, 2017.
CALLUP, a provider of Value Added Services (VAS) and Mobile Device Management
(MDM) solutions for the telecom industry, will showcase a new version of its
Wi-Fi calling system at CommunicAsia 2017, to be
held May
23–25, 2017 in
Singapore. The new version will be displayed at CALLUP’s booth (at the Israeli
Pavilion – 1E2-01). The new version enhances
user’s ability to use a Wi-Fi hotspot not only to make calls in buildings, but
also while roaming.

“CALLUP originally developed
its Wi-Fi calling solution to help carriers solve one of the most critical
problems in the cellular industry: poor cellular phone coverage in buildings,”
said Alon Roth, CALLUP’s CEO. “Following the enthusiasm we saw among mobile
operators, we came to the conclusion that the solution can also be valuable in
roaming, helping both carriers and subscribers.”

Although Wi-Fi Calling for roaming is effective mostly in urban environments,
today an increasing number of municipal free Wi-Fi networks are being installed
worldwide. Travelers currently switch to applications allowing them to use
Wi-Fi for calling while they are in the hotel or a restaurant, but CALLUP Wi-Fi
Calling allows them to use Wi-Fi networks transparently for voice calls. “It
seamlessly and transparently connects you to the Wi-Fi network, and you dial
the number as if you are connected to a regular cellular network,” said Roth.
“The call is automatically routed through the Wi-Fi hotspot from the circuit
switch to the IP network, while the subscribers use their Android native
interface to make calls or send text messages. To avoid disconnection, CALLUP
Wi-Fi Calling seamlessly switches the user between cellular and Wi-Fi if needed.”

CALLUP Wi-Fi Calling benefits both carriers and
subscribers: In areas with no cellular coverage, carriers now have a seamless
solution rather than installing expensive Femtocells, supporting customers’
needs in both voice and data, and customers enjoy first class service. Roamers
enjoy low cost or free calls, using seamlessly available Wi-Fi networks, and
they pay their mobile operator only for an expanded data package when they are
abroad.

Founded in 1999, CALLUP
provides Value Added Services (VAS) and Mobile Device Management (MDM)
Solutions. CALLUP is a subsidiary of the One1 Group, headquartered in Israel
and listed on the Tel Aviv Stock Exchange (TASE: ONE). CALLUP’s customer base
spans the globe and includes fixed, mobile, VoIP telecom operators, MVNEs and
MVNOs, as well as leading telecom providers that CALLUP serves as an OEM. For
more information, visit www.callup.net