GET RID OF YOUR TRAVEL BULGE WITH A FLIP

Home » GET RID OF YOUR TRAVEL BULGE WITH A FLIP 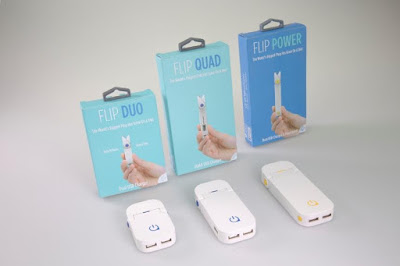 (Singapore, March 2017) The travel bulge is inescapable
when travelling to, or from countries still using the original British three
pin plug which was designed back in World War II. It was a brilliant design at
the time of invention and still is a design highly regarded for its safety
features, such as the built-in fuse and the earthing-pin which also contributes
to the bulge. But might the British bulge be losing some of its relevance in
today’s ultra-thin, power-hungry, mobile generation?

To address your bulge, Lamch
& Co introduces the Flip by OneAdaptr. The Flip is the result of a
successful Kickstarter campaign which raised a total of £28,115 from 1,140
backers, impressively exceeding their initial goal of £15,000. The innovative
folding design is a thinner modern-day update to the British plug which makes
it possible to reduce the thickness of the British plug while retaining its
functionality. Measuring in at a mere 18mm when folded, the Flip is only a
third of the standard British plug’s size. An added benefit of the flip design
is that when folded, the pins are hidden away when not in use, protecting your
devices and other items when stored together with the Flip. To use, simply
press the auto-release button, lock the pin and you are ready to go. 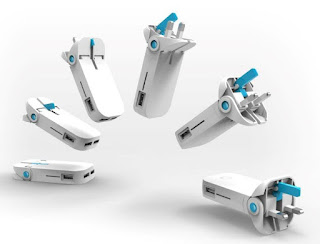 The Flip comes in three designs
to cater to your varying power needs. The smallest of the three, the Flip
Duo’s advantage lies in its compact size. The highly portable Flip Duo
comes with two 3.4A high output ports and is a compact L:48mm x W:18mm x H:78
mm, weighing 60g. 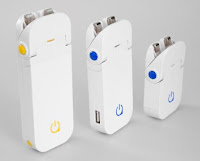 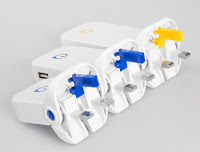 The Flip Quad is for those of us who live off
our mobile devices. As the name suggests, the Flip Quad doubles the number of
USB ports up to four ports which generate 5.0 A of combined output
effortlessly. It is the thinnest UK USB charger that has four quick charge
ports, designed for today’s high-tech mobile devices. It measures L:48mm x
W:18mm x H108mm and weighs 85g. 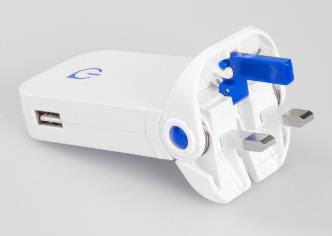 For users who are in need of
extra energy sources, the Flip Power combines the convenience
of a built-in 2000 mAH portable battery with two 3.4A maximum output USB ports
within the same thin Flip profile. It is an essential gadget for mobile
warriors. Flip Power is the only product on the market that combines a power bank,
USB port and British plug in such an easy-to-carry design which measures L:48mm
x W:18 x H:78 mm and only weighs 100g. When plugged in, Flip Power charges both
the internal battery and any connected device concurrently. 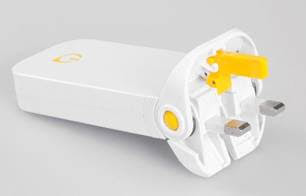 The revolutionary
Flip plug is sure to streamline your previously bulky bulge and transform the
way you power up. The Flip Duo, Flip Quad and Flip Power plugs are now
available at all Antė stores, EpiCentre, iStudio,
Robinsons, TwoBros Lifestyle & Gadget Store and We the People and retails
at $39, $59 and $69 respectively. Each purchase includes One (1) Year Limited
Warranty.