A look at the ASUS ROG CROSSHAIR VI HERO Motherboard 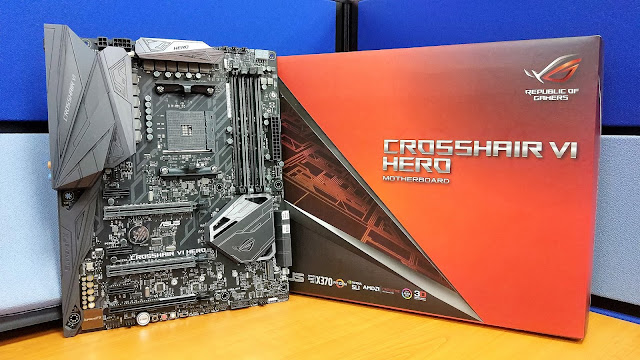 We were privileged to be one of the first few in Singapore to get our hands on the new AMD Ryzen CPU for review. It was 2 days before the actual launch of the processor in the world, and most information about the new CPU were under embargo. Being a huge AMD fan-boy, I knew that I needed the best motherboard to properly test the new AMD Ryzen 7 Series CPUs. Of course, the ASUS ROG CROSSHAIR VI HERO was the natural choice for these tests.

I remember when we first started out this website, the CROSSHAIR VI EXTREME was one of the full-length motherboard reviews which we published. In this article, we will take a look at the various features of the new CROSSHAIR VI HERO with AM4 socket and see what has changed since the 890FX/990FX days.

The colour theme of the CROSSHAIR series has changed. In the past, most ROG branded motherboard had a red and black theme. The current ASUS ROG CROSSHAIR IV HERO is designed with different shades of black/gray. We actually preferred the red/black combination from the past rather than the current single toned colour scheme. What do you think?

The change could be due to the inclusion of RGB LED lighting on the motherboard itself. A full black theme would better suit any colour of RGB light that the user decides to customize on the ASUS ROG CROSSHAIR IV HERO. 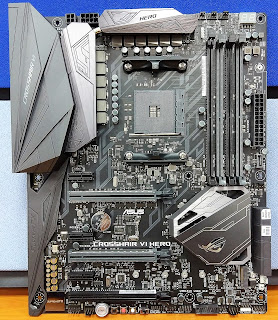 ASUS has gave the ROG CROSSHAIR IV HERO a very mean look. Instead of having just a bare PCB, the left side of the motherboard is protected with a shroud that adds an additional sophistication to the overall design. We do not see any other physical advantage of the shroud other than providing additional aesthetics. 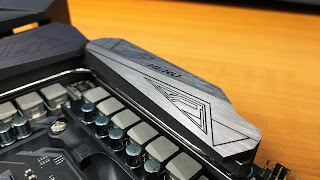 The X370 is the enthusiast level high end chipset from AMD. It features the most number of features right out of the box, such as native USB 3.1 Gen 2 directly from the chipset, overclocking and PCI Bifurcation (Supports CrossFire X and SLI). 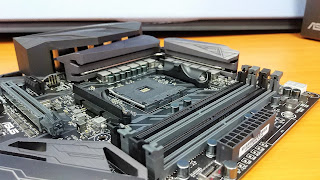 It has 4 x DDR4 slot that supports up to 64GB of memory in total. With the Ryzen 7 series CPU, and the right memory modules, users can overclock their memory up to 3200MHz (or even higher). 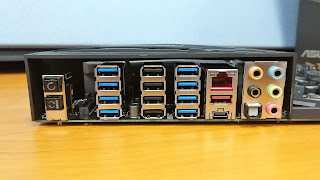 That’s quite a number of USB Ports. Firstly, starting from the left, there is the CLRCMOS and BIOS Flashback buttons. Moving on, there are 4 x USB 3.0 ports, 4 x USB 2.0 ports and aother 4 x USB 3.0 ports. Subsequently, there is a Gigabit LAN port, USB 3.1 Type A port and USB 3.1 Type C port. Last of all, the motherboard also has its 8 Channel Audio out and 1 x Optical S/PDIF out. 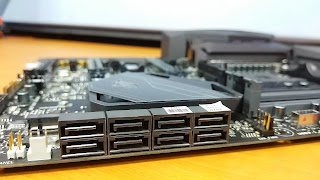 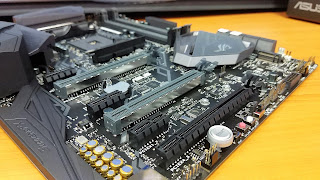 The motherboard supports CrossFire X and SLI, and thus requires multiple PCIe x16 slots. The first two PCIe x16 slots from the top are specifically used for graphics card. These slots are also strengthened with metal to prevent any damaged to the motherboard due to accidents from PCIe expansion card. ASUS calls them the SafeSlot.
There’s 2 x PCIe x16 slots that can run in x16 or dual x8 mode. The last PCIe x16 slot at the bottom only runs at x4 mode electrically. Other than that, the motherboard also features 3 x PCIe x1 slots. 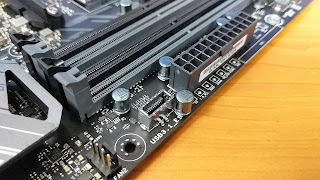 ASUS has also integrated a new USB 3.1 front header panel on this motherboard. USB 3.1 front panel ports are not common as of now, but more products and computer cases should be able to use the new feature in the near future. 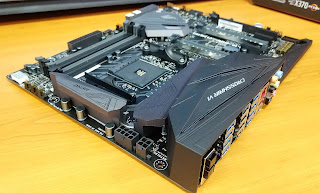 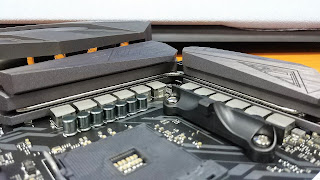 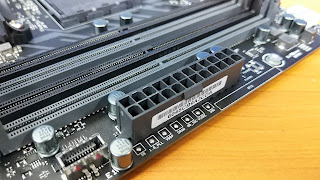 The CPU is powered with a Digital 8 Phase Power Design with ASUS’s proprietary Extreme Engine Digi+ power controller. There is an additional 4 phase power design for the SoC and 2 phase for DRAM.

Being a Republic of Gamers motherboard, the ASUS ROG CROSSHAIR VI HERO is made specifically for overclockers. We have seen world records broken from this motherboard with the new AMD Ryzen processors. Here are the features that are catered specifically for this niche group of users. 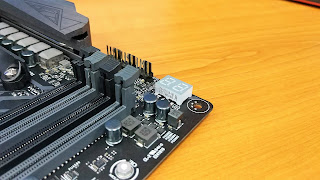 The motherboard features Q-LED and Q-Code for easy debug of the CPU and motherboard. Moreover, there are also onboard buttons to make debugging and overclocking on this platform easy. 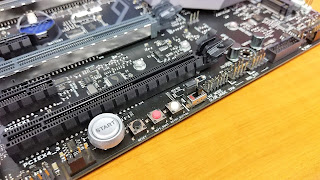 The onboard power-on/reset, Safe Boot, Retry, BIOS Flashback and Clear CMOS buttons are some examples.

Network
The ASUS ROG CROSSHAIR VI HERO features the high performing Intel I211-AT ethernet controller. It offers very high network packet throughputs, allowing a lag free experience for gamers. With the GameFirst IV software, users can even tune and prioritize their gaming network packets to ensure that they have the unfair advantage. 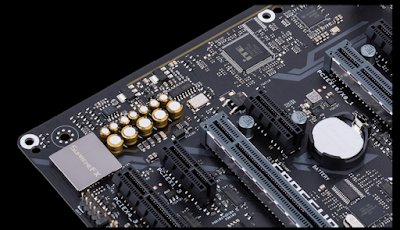 ASUS has specially selected core audio components to enhance the audio experience on the ASUS ROG CROSSHAIR VI HERO. The new generation of SupremeFX comes with the new S1220 codec for great signal to noise ratio as compared to other solutions. It uses special “De-pop” MOSFET to minimize pop noises and also allow both the front and rear panels audio jacks to determine the impedance of your headphones, thus providing the adequate amplification. There is also a dedicated ESS9023P DAC onboard for superior sound form conversion.
With all the great hardware, ASUS has also integrated great software to better utilize these features.

Sonic Studio III and Sonic Radar III are two main audio software that are coupled with the motherboard. These softwares allow gamers to better customize their own preferred audio profile, and to also have an advantage when it comes to games, such as being able to find out where their enemies are in-game, with the audio signals.