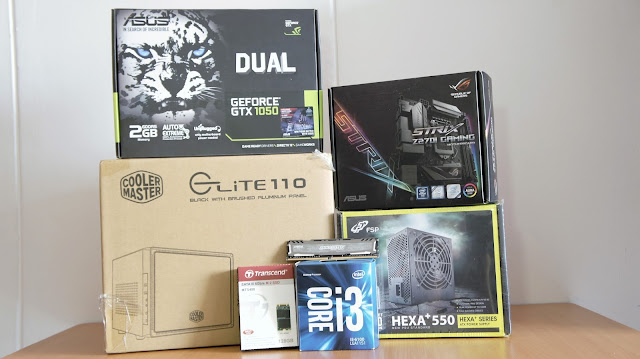 It has been quite a while since we last recommended a decent desktop computer build for our readers. With an interesting and highly affordable Mini-ITX case that was recently released by Cooler Master, we have a Mini-ITX gaming system build to you how well the case performs. It’s all about affordability, performance and size. How can we get the most affordable Mini-ITX gaming build for under $1000 SGD? 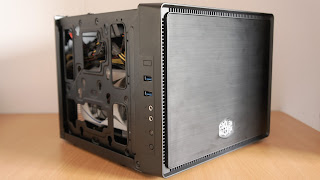 Firstly, let me set it straight for any “critical PC hardware analyst” out there. Our aim for this system is to achieve smooth 1080p Full-HD resolution gaming. This is a good resolution for most of the casual mainstream gamers out there. If you are looking for a system that runs games well on 4K, it is highly unlikely that it would cost under $1000 SGD. If you are looking to play games or applications that requires the top of the line CPU or graphics card, you should be better off looking elsewhere. 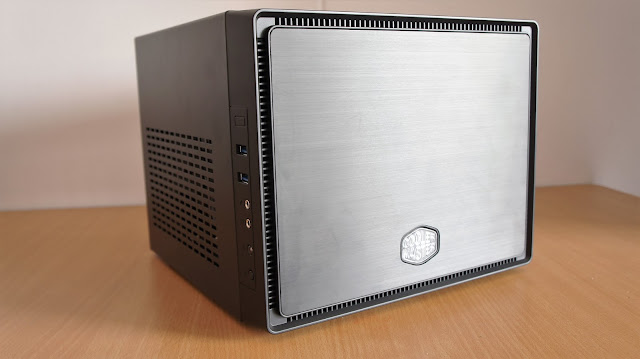 When people conceptualize their new desktop computer builds, they would usually first think of their choice of motherboard, CPU and graphics card. I, on the other hand, like to start off with the computer case (or some may like to call them chassis). I feel that the each computer case sets all the different customized builds apart aesthetically. With the case as a constraint, the system builder then can make better decisions with the choice of parts.

In our case, we decided to go with the Cooler Master Elite 110A Mini-ITX case because of its affordability and size. This newly launched case is one of the the most affordable and compact case for its kind. Specifically, it did not fall into the trap of it being designed too outrageously big for a Mini ITX form factor. Moreover, it still allows us to fit in a standard ATX Power Supply Unit and a decently powerful graphics card.

With affordability being one of the main factors of casual gamers, standard and mainstream components are preferred. To set the record straight, we were not in any way sponsored by Cooler Master to showcase the case. It was purchased directly from Sim Lim Square. We genuinely believe that the  Elite 110A provides great value with a price tag of $72 SGD at SRP (Could be even cheaper if you bargained). 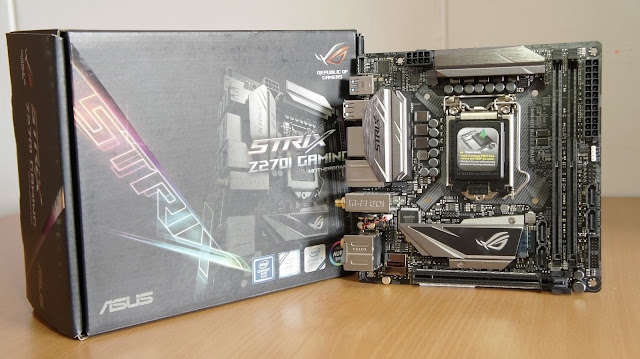 The crux of a good and reliable computer system is its motherboard and processor. We decided to go with a higher end ASUS Republic of Gamers STRIX Z270I motherboard because of its gaming oriented features. Less importantly, we selected this motherboard because it was on loan to us from ASUS, and that we did not have to spend a cent on it. Despite of this small bias and that we had no other choices, we genuinely say that the ASUS ROG STRIX Z270I is indeed a great choice for this build. (Insert marketing talk here.)

It has a dedicated headphone amplifiers on-board, which I feel is fundamental to the whole gaming experience. The SupremeFX codecs and premium Japanese-made audio capacitors are some of the audio features that sets this motherboard aside from any other Mini-ITX motherboard. Correct me if I’m wrong, but there isn’t many gaming oriented Mini-ITX motherboard out in the market. Furthermore, the bundled Sonic Radar III and Sonic Studio III software completes the whole audio package, giving you ultimate control in audio preference and in-game audio advantage.

The ASUS ROG STRIX Z270I motherboard also features an integrated Wireless AC wireless card, as well as an Intel Gigabit Ethernet chip. These are the details in hardware that you would want to look out for if you want a lag-free networked gaming experience. The STRIX Z270I motherboard can also be a small little powerhouse with future upgrades. The motherboard also has not one, but two PCIe M2 slots, which even supports RAID. It would be interesting to see the performance that we can get from a RAID 0 configuration of two NVMe based M2 SSDs.

The type of games what you want to play can determine the types of components that you choose for your system. Some games tend to rely a lot on the CPU, and therefore will perform better with better CPU. In our case, since we had a Intel Core i3-6100 available on hand, we decided to pop it right into the system. Boy were we were glad that the ASUS ROG STRIX Z270I supported the Skylake processor right out of the box. Understanding that this is actually a dual-core processor, even with Hyper-threading features, performance of heavily threaded games could get a hit. If your budget allows, we would actually recommend an Intel Core i5 processor instead, so as to ensure that CPU is not the bottleneck of your system. 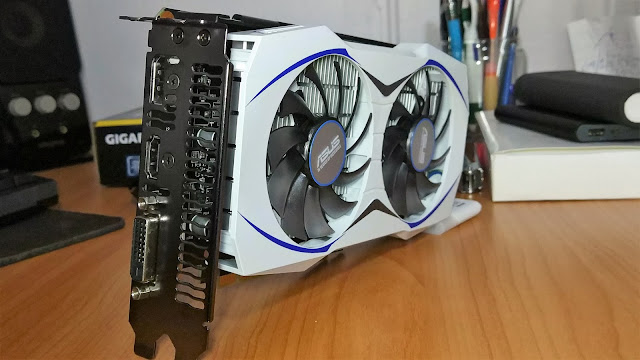 We had some positive experience with the NVIDIA GTX 1050 previously, as it was able to provide decent gaming performance at a very affordable price. Since we were building a Mini-ITX system, we decided to also go with an ASUS GTX 1050 with a dual fan cooler. This setup should sufficiently keep the system cool and stable when running both games and compute intensive applications.

Furthermore, 2GB of dedicated GDDR5 video memory should be more than enough for the Full HD resolution that we will be testing on. Nonetheless, the results would speak for itself in the benchmark tests below. 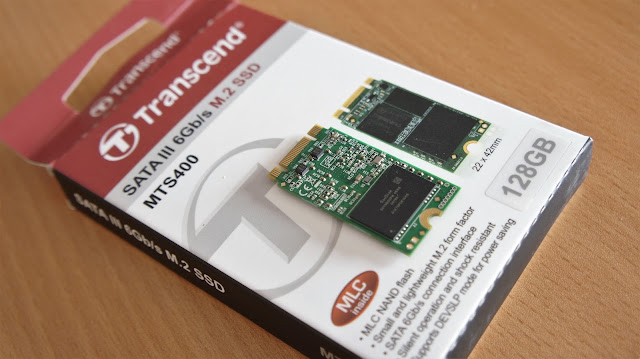 Cable management and airflow in a small form factor system can be annoying, even for seasoned system builders. Since the ASUS ROG STRIX Z270I can support up to 2 M.2 SSD drives, we will definitely utilize those features. This removes the need for SATA data and power cables, making the whole build so much more simpler and cleaner. Or put it simply, it’s the perfect solution for lazy people to do proper cable management in such a small case.

The main consideration for the choice of the Transcend MTS400 is largely due to price. It is difficult to find a M.2 SSD at such an affordable rate, and moreover, still features great performance. 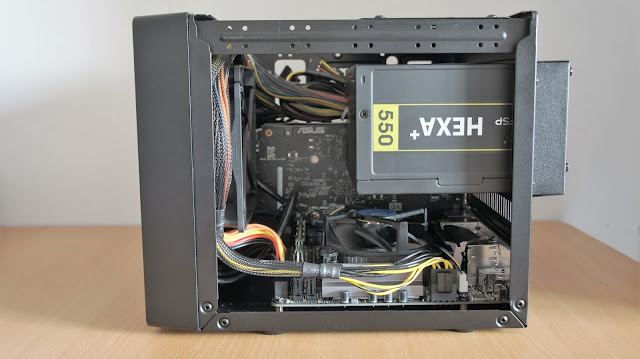 We have chosen the Kingston 2133MHz DDR4 RAM for our build because it is the most affordable value RAM available in local markets to date. Based on our experience, 8GB should be more than enough for gaming needs. We find it hard to recommend any systems with just 4GB of RAM with memory hungry applications such as Google Chrome being commonly used. For a gaming system, which supersedes the requirements of a system used for browsing internet, 8GB (or more) should be the right choice.

The FSP HEXA 550W PSU was also chosen as it was simply readily available off the shelves in Sim Lim Square. It would be preferred if a modular/semi-modular power supply unit was selected in this Mini-ITX build instead, but due to budget constraints, we had to go with a non-modular power supply. Despite having a bunch of ugly cables within the system, we were glad that the Cooler Master Elite 110A was large enough to accommodate and have features needed to properly manage the mess.


In the popular and widely played game DOTA 2, this system was tested to reach an average of 113 FPS. This test was done with FRAPS on maxed out settings in Full HD resolution.


Lost Planet 2 is one of the earlier Direct X 11 available in the market. Our system got an average 72.2FPS, but as seen from the graph, there were times where the framerate constantly fell under the 60FPS mark. This was due to the increased level of details in graphics required to be rendered. It seems that the GTX 1050 was not able to hold up to this load, especially in a more graphics intensive game like Lost Planet 2. However, we are certain that if the graphics settings are be lowered, we will be able to consistently get framerates of more than 60FPS. This test was done with settings maxed out in FullHD resolution. 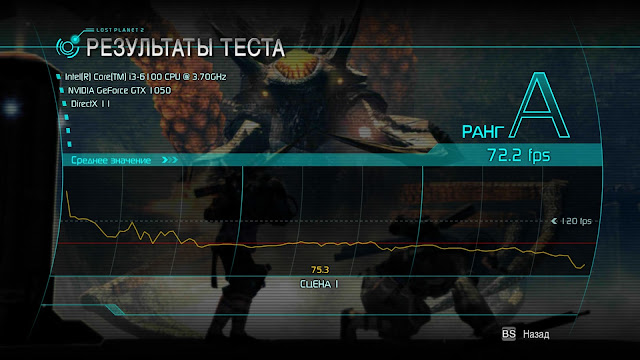 The latest offering from its series, Battlefield 1 is a widely acclaimed First Person Shooter that brings the player back into World War 1. The performance of the game on our recommended setup was adequate, with an average FPS recorded at 66.7 with FRAPS. This was achieved by lowering the settings to Medium in FullHD. 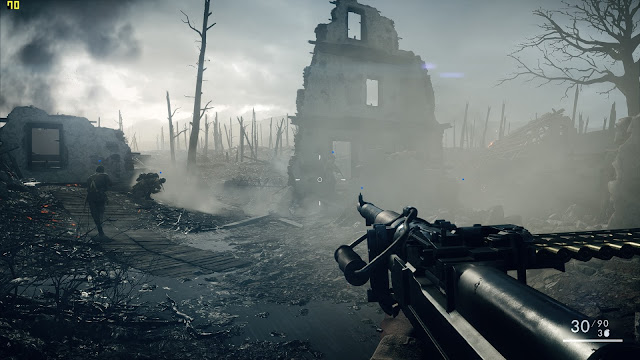 We used the “High” settings for the benchmark of the Final Fantasy XIV A Realm Reborn, and managed to attain a score of 9466. This is extremely high and means that the system was able to handle the game very smoothly and without any hiccups. 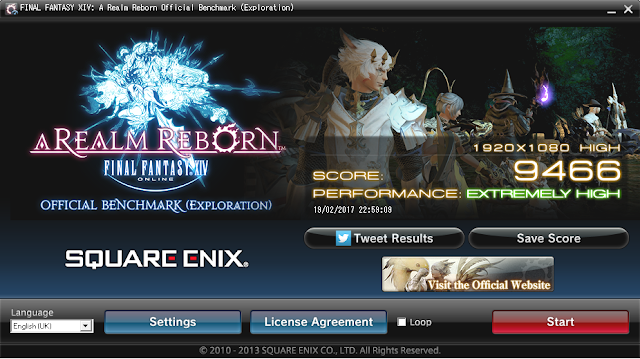 
In Resident Evil 5 DX10, we got a great 137.6FPS. Settings are shown as within screenshot. 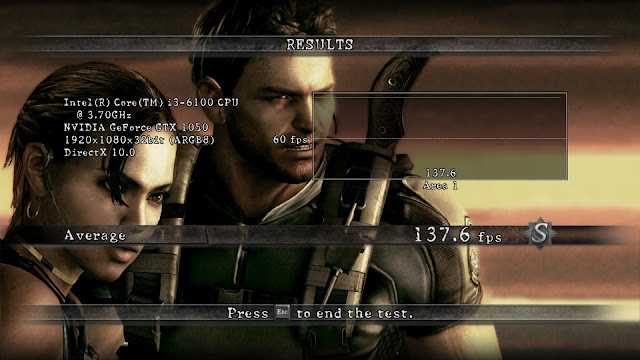 
Similarly for Resident Evil 6, the system still managed to get an S rank, and was said to perform better in higher resolutions. 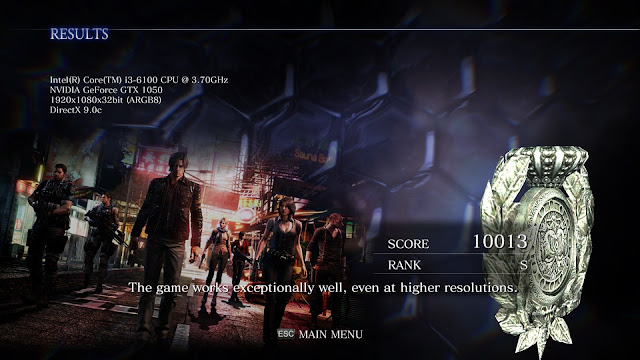 In the Alien VS Predator benchmark, we also reached an average 92 FPS.


Street Fighter IV was also highly playable, reaching an average of 220FPS even with settings maxed out. 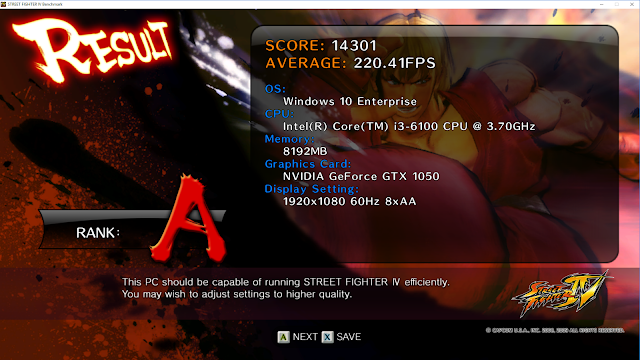 The following synthetic benchmark will give a rough gauge of the overall performance of the recommended system. Feel free to take these numbers and compare it to other systems that you may come across. 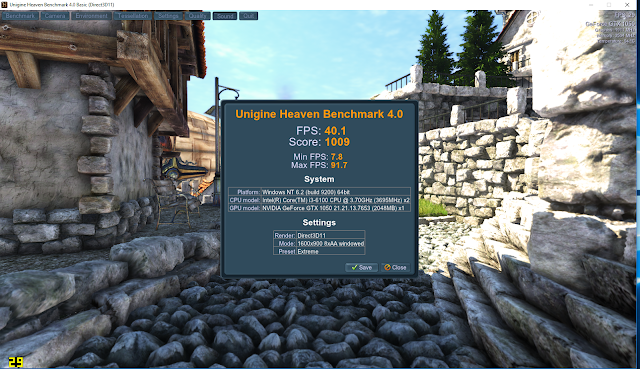 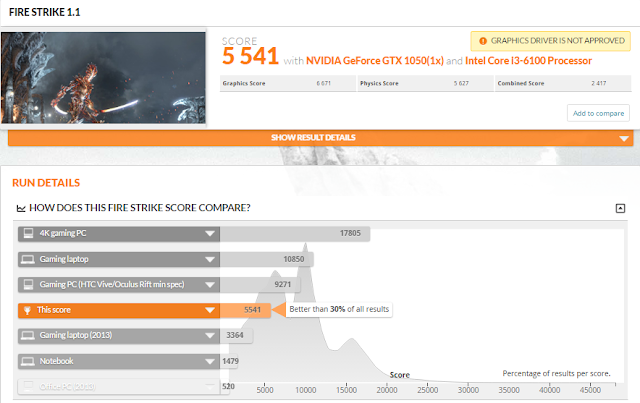 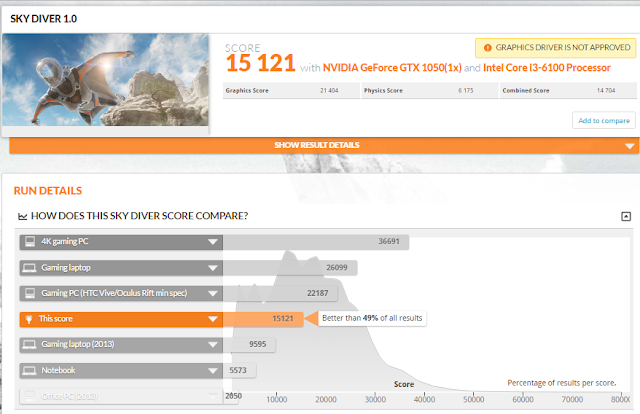 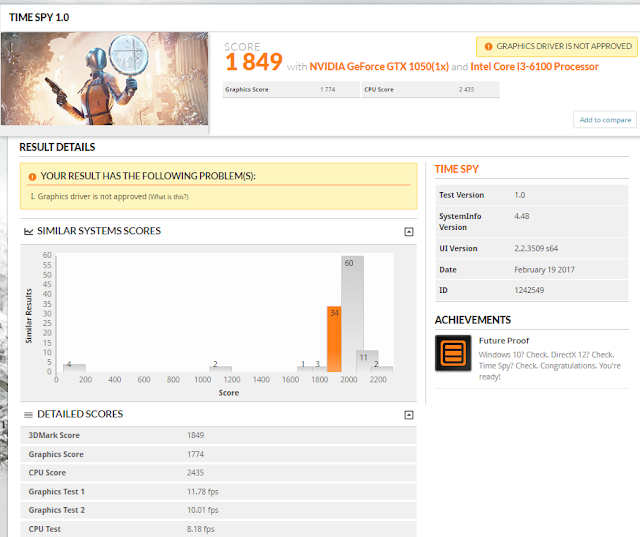 Other than the hardware that were recommended in this build, we also recommend an alternative PC build on the right of the table. This alternate build can possibly achieve better performance at a lower cost but YMMV. Instead of an extremely high-end ASUS ROG STRIX Z170I motherboard, which has many additional features which you may not require, the B150I PRO Gaming AURA could also be a good alternative. With a cheaper motherboard, you can perhaps go for a higher end CPU or maybe even a GTX 1050TI.

Is it possible to build a good gaming Mini-ITX computer for less than 1000SGD? Most definitely. We have shown you the required parts and bare minimum specifications to build a gaming system that is capable of playing the most commonly played games available. If you are not a hardcore gamer who is seeking for the best of the best, this setup should be more than enough for your daily dose of games. Best of all, it will not even take up much space on your table!

Digimon World: Next Order | Ever Wanted To Raise A Digimon?

Launch of the seventh edition of Go Green in the City, the Schneider Electric international student challenge