TRUSTING TECHNOLOGY: ARE YOU WILLING TO GIVE UP THE STEERING WHEEL?

Home » TRUSTING TECHNOLOGY: ARE YOU WILLING TO GIVE UP THE STEERING WHEEL?

TRUSTING TECHNOLOGY: ARE YOU WILLING TO GIVE
UP THE STEERING WHEEL?
This glimpse
of the future was crafted by: Scott Powell Imagine, in a few years’ time,
you’re standing on a street corner waiting for your Uber to arrive. It turns up,
exactly when it said it would, but there’s no driver. Would you climb in? Are
you ready to put your faith in driverless technology?
This scenario is not that far
off. Uber are trialling driverless cars in Pittsburg, USA, right now, with the
safety net of a human sitting at the dual controls in case of any computing
mistakes. Recent information suggests that we’ll need much convincing to hand
over control.
The 2015 Edelman Trust Barometer tells us that many people feel
that innovation is happening ‘too quickly’ and is being driven by the greed of
businesses which innovate for the sake of innovation – not to make the world a
better place.
The advent of autonomous vehicles has raised very serious questions
around safety. How will a vehicle be able to make a decision between who lives
and dies when the physics of a crash (momentum, stopping distance, speed etc.)
make one inevitable? Does the vehicle save its ‘driver’ (the owner) at the
expense of the owner of the other vehicle? If every autonomous vehicle took
this choice, wouldn’t this be a Mexican stand-off? What if the choice is
between the owner of the vehicle or a mother pushing a pram across the road? 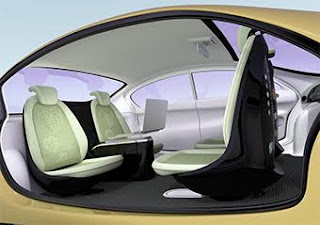 In a recent survey conducted by IEEE, more than two-thirds of the
participants said they’re not ready to let go of the steering wheel because
they’re anxious something might go wrong. Yet the evidence tells us that
something’s already wrong with the way we drive. Each year, there are 1.25 million road
accidents around the world, yet it seems we’d prefer to continue placing
our trust in complete strangers, and our own driving fallibilities, rather than
in a future where our recklessness ceases to be a factor.
The issue over the future uptake
of driverless cars isn’t technological, it’s psychological.
The need to re-evaluate the cost
of future progress
When commercial flights took off
in the 60s and 70s with passengers regularly making long distance trips, they
knew that it wasn’t a 100% guarantee that the plane wouldn’t crash. Many of
those people had grown up with the rise of aviation and had witnessed,
sometimes first hand during wars, planes crashing and the deaths they had
caused.
Back then, the modernist approach
to air travel was that the ability to travel thousands of miles to a distant
part of the previously unseen world was worth the risk of flying. People might
have had a fear of flying (one in three air passengers still do) but they had a
greater fear of missing out.
The same could be said of space
travel. When Apollo 11 landed on the moon in 1969, the collective sense
of achievement was palpable throughout the US and beyond. It also meant that in
1967, when Apollo 1 exploded killing its three American astronauts, it
didn’t stop the NASA programme from continuing with its goals.
Back then, it all felt like
progress, yet today, technological advancement feels very different.
One of the main issues with
technology in 2016 is that our ultimate goal for its use is to prolong human life. If death is caused during development,
it is immediately branded unacceptable and the opposite of progress. We also
live under the constant microscopic lens of traditional and social media
scrutiny and, in our post-modernist way, question absolutely everything.
In the first half of the last
century, human life was considered differently to what it is today. Up to 100
million people sacrificed their lives in two world wars to protect our future,
yet today we’re hesitant to make progress in case it costs a death. If, in
1903, the Wright brothers had died rather than succeeded in making the world’s
first controlled flight, there would have been hundreds of others queuing up
behind them trying to be the first to fly.
Earlier this year when a Tesla driverless vehicle caused the death of a man in
Florida, the news flew around the Internet propelled by a sense of Schadenfreude. While
it is true that autonomous vehicles could cause death, they will by all
accounts save far more lives than they end. The 1.25 million road accidents is
likely to be dramatically decreased as driverless technology rapidly improves
in the future.
Let’s get technological progress
back on track
Part of the current problem is
that as the most entitled human beings to have ever been alive, we like to
choose when we will be autonomous.
When it comes to flying we’ve
never sat in the cockpit, so we’ve never thought that we’ve lost control. Even
though we will happily sit through a flight with the plane flying and even
landing on autopilot, because it all happens behind a locked door, we don’t
think about it. We don’t consider that planes managing to stay out of each
other’s flight paths using digital systems and GPS technology is similar to the
way driverless cars will eventually ensure they don’t crash into each other on
our roads.
Modern railway systems in the
developed world have successfully shifted predominantly to automatic train
operation by using computerised train systems to keep passengers safe. In the
language of systems engineers, they have removed the human factor for safer
transport.
However, most people don’t know
how to fly a plane or drive a train, but most people do know how to drive a
car. When you are in a plane (or a train) you place your trust in the pilot or
the train driver as the ‘competent’ person to undertake that task. There isn’t
really any relinquishing of control (as we never had it anyway) and, of course,
the pilot and the train driver are out of sight, hence out of mind.
Yet when it comes to driving a
car – we all feel we are competent. Learning to drive a car is almost a rite of
passage. Imagine a future where people don’t know how to drive. How far off is
that future? If you didn’t know how to drive, would you feel more comfortable
relinquishing control of the vehicle to its computer system, seeing that you
didn’t have the control in the first instance?
The science has demonstrated that
autonomous vehicles are better drivers than you or me. The statistics are in
and show that they will cause substantially fewer road fatalities. However,
despite all the facts, our psychological grip on the steering wheel is as firm
as ever.
Perhaps the answer will be in
drivers unlearning how to drive a car. Perhaps vehicle manufacturers need to think of a further evolution
of the autonomous vehicle that desensitises our current fleet of drivers to the
fact that nobody is driving.
Until that time, we are likely to
have a whole lot of nervous back seat drivers sitting in the front seat.
(Aurecon has launched a new futuristic blog! Called Just
Imagine, it provides a glimpse into
the future for curious readers, exploring ideas that are probable, possible and
for the imagination. This post
originally appeared on Aurecon’s Just
Imagine blog. Get access to the latest blog posts as soon as they
are published by subscribing
to the blog.)