At NVIDIA’s launch event held last week, we saw a few ASUS ROG Gaming Laptops that have been refreshed to feature the new GTX 10 Series graphics card. Specifically, the following models have the new GTX 1070 and GTX 1060 graphics card. Do note that these are actual desktop versions of the graphics card, rather than scaled down notebook versions. It is finally possible to attain desktop gaming performance on a notebook computer.In this article, we will be exploring the various specifications and features of the new ASUS ROG STRIX GL502 gaming laptop with different pictures. 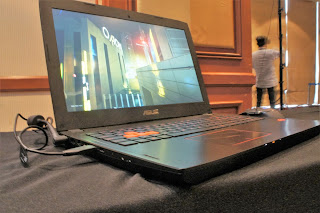 The GL502 is a 15.6 inch gaming laptop that features a brand new GTX 1070 graphics card. This powerful gaming machine is capable of playing the most recent games at more than 100 frames per second at 1080p display resolution. 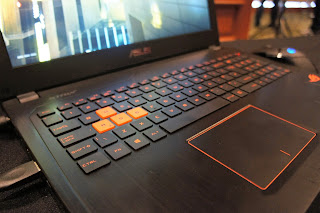 Of course, the laptop features a 1920 by 1080 display resolution. The new gaming laptop is based on a black and orange colour scheme to contrast between the various parts that ASUS has decided to focus on. 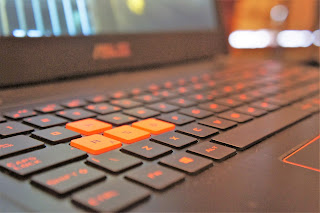 Built for gamers, the WASD keys are specifically coloured orange. We understand that this model was already available with the GTX 970M. ASUS has retained most of the design aspects of this model as compared to the previous GTX 970M version. 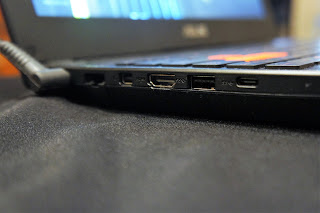 On the left hand side, we can see the power jack, a Gigabit Ethernet Port,  Display Port, HDMI Port, USB 3.1 Type A and USB 3.1 Type C Port. 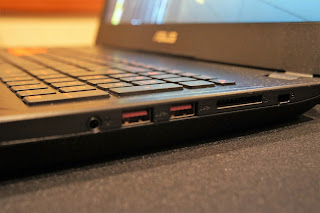 On the left hand side, the laptop features a single audio jack for microphone/headphone, 2 more USB ports and a SD Card slot reader. 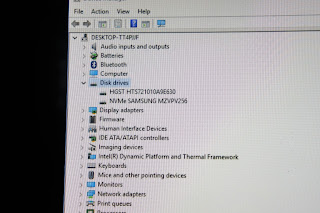 This model features a Intel Core i7 6700HQ processor with 24GB of RAM. It even has a 256GB NVMe SSD that is sure to perform extremely well in applications across the board, including games.