It all seems that the red camp is losing out in the quest for producing the fastest graphics card out in the market. They have changed their strategy and are targeting to gain some market share from providing graphics card of the best possible cost to performance ratio. Today, we will take a look at the AMD RX 470 graphics card to see if it lives up to its expectations.

Specifically, we have the premium ASUS STRIX RX 470 for review today. ASUS is the manufacturer for both AMD and NVIDIA graphics card, and they have released the new STRIX edition for cards coming from both brands. The STRIX RX 470 has also inherited some of the best features coming from the top of the line cards that boasts great aesthetics, cooling performance and overclocking capabilities. We will also explore these features in the review.

What we have for today is a factory overclocked version of the ASUS STRIX RX 470. It has a starting GPU clock of 1250MHz which can be further increased to 1270MHz via the GPU Tweak II Software. We will talk more about overclocking of the card at the later part of the article.
There has been rumours stating that the RX 470 will be also available in 8GB versions with AIB versions, even though the reference card only features 4GB. However, this has been deemed as untrue, as no AIB partners have released any 8GB variants yet. 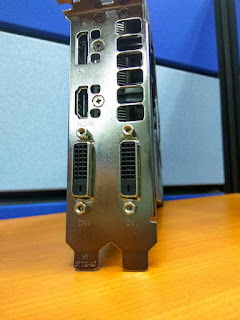 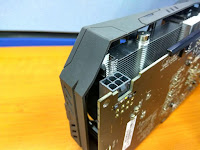 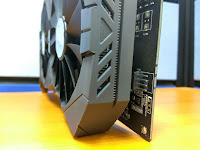 The ASUS STRIX RX 470 requires a single 6 pin power connector from the power supply to power the whole card. We can also infer that this graphics card would not consumer too much electricity as well. Also, ASUS also compensates for any covered fan connectors on the motherboard that is blocked by the graphics card by providing a single 4 pin fan connector on the graphics card board. Any 4pin fan can be powered by the port on the graphics card, so as to provide targeted supplementary cooling with reference to the temperature of the card. It could also help modders in some way when they are designing their cable management layout.

The ASUS STRIX RX 470 features a custom cooling solution. Specifically, this solution is backed by 2 main components that ensures that heat can be dissipated efficiently away from the card. In fact, the ASUS STRIX RX 470 is one of the coolest cards available out in the market. 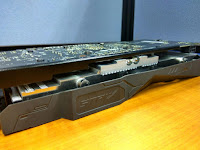 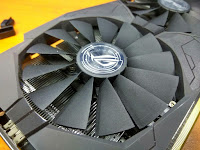 The heatsink is in direct contact with the GPU so that heat is can dissipated away via the two heatpipe. We also realised that there is a heatsink found on top of the MOSFET to ensure an overall more reliable power delivery. 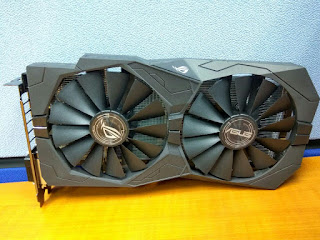 ASUS has also included two specially designed fans on this graphics card to ensure high airflow through the card for enhanced cooling. These patented “Wing-Blade” fan design are said to operate 3 times quieter than reference cards.
Because of the great cooling performance on this card, the fans on the graphics card is not required to spin to actively cool the card all the time. The fans are made to adapt to the temperatures of the card accordingly, and will only spin up when temperatures rises above a certain threshold. 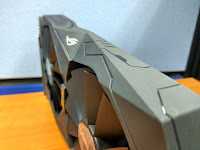 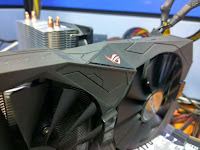 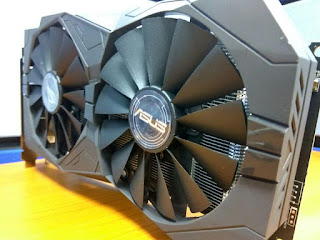 The ASUS STRIX RX 470 has a simple design. Rather than using bold colours on their graphics card, ASUS has decided to go with a more conventional black enclosure with some intricate geometric designs. Black also helps to absorb heat better, allowing better heat dissipation from the core components.
Understanding that the card is only visible on the top when placed within a case, they also decided to put their STRIX logo at the top. The ASUS STRIX RX 470 also features ASUS’s signature AURA RGB lighting capability. There is a ROG logo at the top of the card that can light up in RGB (any) colours with the AURA software that is included in the drivers CD. We would have expected more on the whole RGB lighting on this card, rather than just simply on a ROG logo. ASUS could have used RGB strips, which can look really good when placed within a case. 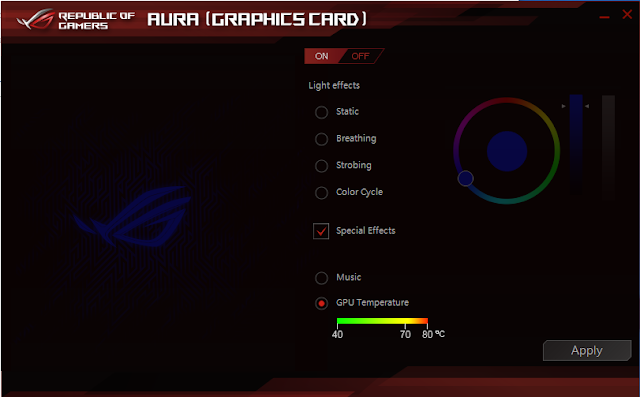 The colours of the ROG logo can be customized with the AURA software. There are even different light effects to choose from.

We are going to run through a few synthetic and game benchmarks on this system to determine its performance. We also pushed the graphics card a little further to find out how many additional FPS we can squeeze out from this interesting piece. 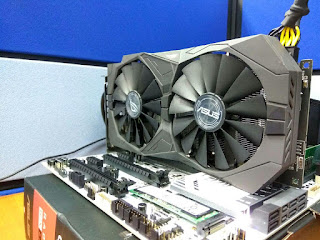 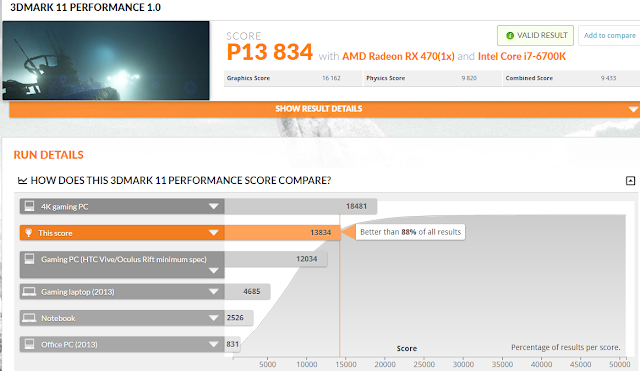 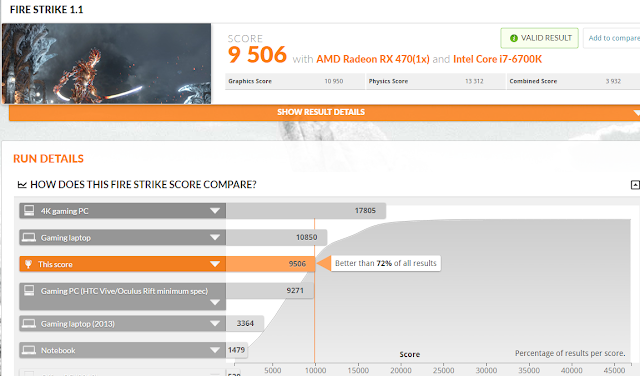 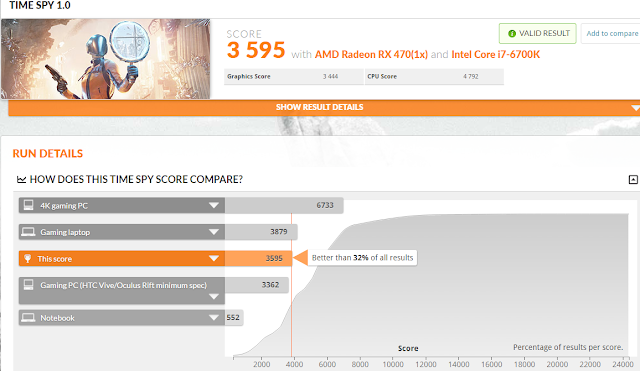 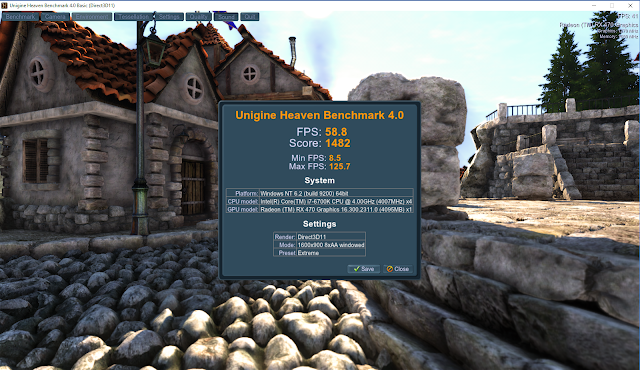 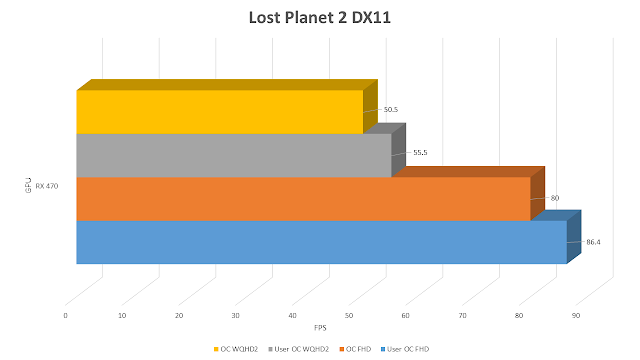 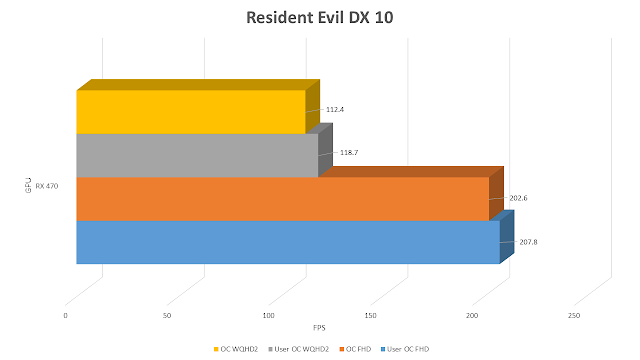 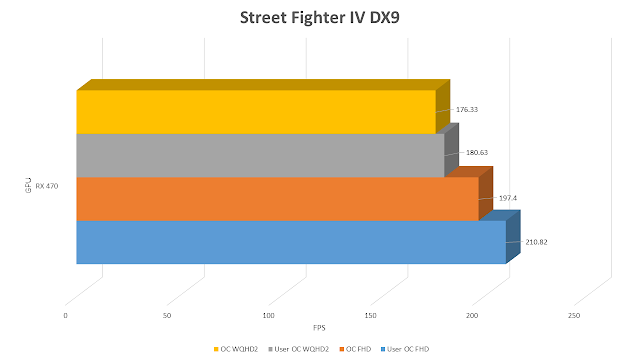 The ASUS STRIX RX 470 is indeed a graphics card that performs very well. We are certain that it can run all games at 1920 x 1080 Full HD resolution smoothly, with FPS well above 60. However, at higher resolutions nearer to 4K, the card struggles to reach 60 FPS most of the time in our Lost Planet 2 benchmark.

The 3DMark synthetic benchmarks also showed that the RX 470 is capable of running VR games and applications, as it meets the performance requirements of a VR system.

Based on our tests, we know that the specially modified ASUS STRIX RX 470 is made to perform much faster than a reference card. It is factory overclocked and provides faster performance out out the box. Moreover, we found it can be easily overclocked to even higher clock rates. We were able to squeeze out additional frames per second in all the games with a higher core and memory clock. The card remained to be cool throughout the tests, as fan speeds increased in response to the higher temperatures.

For a graphics card that retails starting from 179 USD,  the AMD RX 470 provides great value for any gamers out in the market. We can see that AMD is not playing the game of coming out with the fastest graphics card out in the market, but trying to bring affordable high quality gaming capabilities to systems. They are aiming for mainstream adoption of their performance graphics card.
The new graphics card of 2016 has all enjoyed the benefits of the smaller manufacturing process, and was able to significantly bring down the power consumption of the GPU, while improving performance. While the green camp certainly captured the performance top spot, we feel that AMD retained the “best bang for the buck” title.The ASUS STRIX RX 470 brings out the best that the AMD GPU has to offer. With added power phases and cooling capabilities, the ASUS STRIX RX 470 can be pushed even further from its factory settings. If you have some spare cash on hand, two of these units will can bring upon out of the world performance for your new computer system.