Gionee Launches the M6/M6 Plus, Reinventing the Smartphone With Better Integrated Solutions for Long-Life Battery and Security - The Tech Revolutionist

Gionee Launches the M6/M6 Plus, Reinventing the Smartphone With Better Integrated Solutions for Long-Life Battery and Security

Home » Gionee Launches the M6/M6 Plus, Reinventing the Smartphone With Better Integrated Solutions for Long-Life Battery and Security

Gionee Launches the M6/M6 Plus, Reinventing the
Smartphone With Better Integrated Solutions for Long-Life Battery and Security 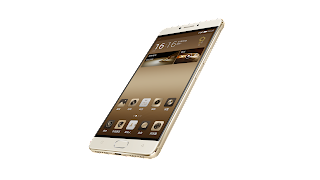 Beijing, July 26, 2016 – Gionee unveiled its brand new flagship M6/M6 plus product at the
launch event in Beijing today. Mr. William Lu, Gionee President, released the breakthrough products which housed innovative
technology including long-life battery and encrypted chips.
“For 14 years, Gionee has been dedicated to
smartphone manufacture. We value two things: technological innovation and consumer benefits. With these
goals in mind, we were dedicating to transforming the smartphone into a ‘smile
phone’ with our independent R&D capabilities. The Gionee M6 is the product
of this goal and has outstanding performance via the breakthrough software and
hardware which will make every consumer smile from their heart,” said Mr. Lu.
Super Power

As a key member of the “Marathon” M series, Gionee M6 has furthered
solidified its product DNA – long-life
battery. An integrated solution from
software to hardware is there to guarantee the device is always powered. The
M6 is packed with a typical 5000mAh battery and the M6 Plus has an
amazing 6020 mAh battery capacity.
Additionally, 9V2A dual charge chips allow for charging that
is faster, safer, cooler and simply better
than any other charging technology available today. The Gionee M6 can also be
used as a power bank. With a 1.2A charge current, the charging speed is 20%
faster than a normal power bank.
The smart power consumption involves a power-management system
independently developed by Gionee’s R&D team. The system is composed of sensors
and measurements which monitor and control the operations and power
consumption. Several measures such as app freezing and background cleaning
through force shutdown of unnecessary apps, are there to optimize the
performance under the minimum power usage.
Super Security

As a company which prioritizes consumer needs, Gionee
has shifted their business focus from ensuring good quality, to offering better
consumer experiences based on superior quality. Given the different conditions in different markets,
the Gionee M6 was tailor-made to local
markets, based on different demands. They listened to local demands and paid attention
to every detail in order to offer local consumers more convenience through
innovative technology.
For example, Gionee noticed that
as the demand for smartphone payment rapidly increased, demands for other smartphone
business functions increased. Smartphone security, for instance, became more
important than ever before.
Gionee’s M6 was launched in response to this user pain point. The M6 is the first smartphone to secure a consumer’s privacy with integrated security
measures. For
the Chinese version, an encrypted chip will be used to secure a user’s personal
data on the device. In the overseas version, M6 comes equipped with a front fingerprint scanner, privacy protection
and malware destruction, although it lacks the hardware encryption feature.
Super Performance
The M6 was created by some of the world’s top
industrial designers. With an aerospace-class unibody aluminum, superior-grade 2.5D glass and
comfortable grip, M6’s soft curves and sharp lines give off a striking
impression. After 58 complex processing
procedures such as shaping and polishing, the sleek and durable metal and its
diamond-cut edges are visually stunning. Despite a 5000 mAh battery, the
battery thickness is only 8.2mm.
The Gionee M6 also features a
5.5-inch fullHD AMOLED display, 4GB RAM and 64GB ROM which is able to enlarge to 128 ROM. A 13 MP rear camera from Sony
IMX 258 and 8 MP front camera are able to provide better images with incredible
detail and clarity. Its operating system, Amigo 3.2 based on Android 6.0, will be
pre-installed on the handset and is easy to use and ensures a better user
experience.
Independent
R&D Capabilities
The Gionee M6 is an example of
Gionee’s strong R&D capabilities, breakthrough technology and insights into
the market. Gionee values technological innovation and has made various
investments to develop their independent R&D capabilities. More than 1500
engineers and developers currently work in 4 R&D centers based in Beijing,
Shenzhen and India. Their independently developed products have obtained 1,557
national patents in China. They have an organic chain of production,
manufacture, assembly and testing, making it the largest and most professional
mobile phone production base in Asia.
Tailor-made Strategy for Local Market
Gionee is a believer in
localization and teamwork. In order to better service local consumers, they conduct
comprehensive research so that they can identify that particular market’s demands.
After discovering local market and consumer demands, Gionee continues to
explore and find a tailor-made and satisfactory solution for that market. More
importantly, they work proactively with world-class suppliers and distribute
various resources all over the industry chain. Based on their insights into the
local market, they have been able to build good relationships throughout the entire
value chain, including suppliers, telecom operators and retail channels in the
India market, and are therefore able to contribute to an open market for all
stakeholders. 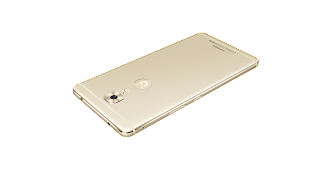 Product
Specifications
About
Gionee
Established in September 2002, Gionee Communication
Equipment Co. Ltd. is devoted to developing innovative cellular mobile devices
for users who values global connection. The company is now one of the world’s
top 10 mobile manufacturers and its handsets ship to over 50 countries. For
more information about Gionee, please visit global.gionee.com.