Will the Microsoft Surface Book 2 be launched in June with an upgraded 4K display? - The Tech Revolutionist

Will the Microsoft Surface Book 2 be launched in June with an upgraded 4K display?

Home » Will the Microsoft Surface Book 2 be launched in June with an upgraded 4K display? 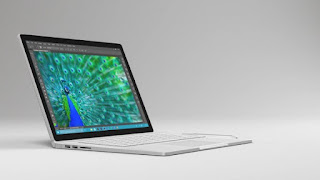 It is said that Microsoft will also be the first manufacturer to include the new 7th Generation Intel Kaby Lake processor on their device. The Surface Book 2 could be upgraded with this new processor. Kaby Lake is the successor to the Skylake CPU architecture. As there were some manufacturing issues with the 10nm Cannonlake processor which release date has been expected to be pushed back to next year, Kaby Lake will be the product that fits right in the transition phase.

As seen from the expected specifications, it seems that Surface Book 2 is a device worth anticipating. It is the main focus of all 2-in-1 productivity devices. Let’s hope that the price of this device remains friendly for mainstream adoption.

Images of Moto X4 surface on the internet