The Future of Smart Nations – How can we get there?

Home » The Future of Smart Nations – How can we get there?

With the strong support from the government, Singapore is in the midst of transformation into a smart nation. In Thailand, the government has also pledged to develop Phuket into the country’s first smart city.

For Singapore, efforts have been made to have multiple government data available for developers to create useful applications. data.gov.sg is the one-stop platform that consolidates all government related data into a single platform. With open data, we have seen the emergence of multiple useful apps that are consumed by both end consumers and also the government for better planning. For example, bus timing related data gave rise to SGBuses mobile application. The Land Transport Authority can also analyse video feeds and traffic photographs to measure traffic conditions. Is it possible for us to build something smarter? What is the future of Smart Nations? Can we create meaningful analysis to these data without human cognition?

In our opinion, the future of smart cities consist largely on automated data analysis and conclusion setting. For example, computers can analyse a traffic video feed and conclude the traffic conditions based on the content of the video. Traditionally, such analysis could only be done by human operators. The need for cognitive computing is apparent for the next generation smart cities. There is a need for an artificial human brain that thinks like a human to make a smart city smart.

Sadly, such technologies are yet to be widely available for adoption. More research and government regulations are required for the implementations of such computer applications. At the current stage, we think that available cognitive applications are largely unreliable. However, we also understand that accuracy of such applications increases as adoption increases.

Google’s DeepMind artificial intelligence system and its AlphaGo program can beat a human professional Go player, but can it be put in charge of important life critical systems? 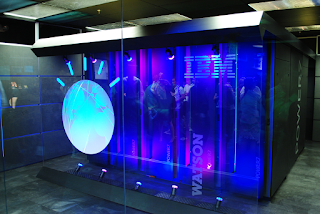 Currently, only IBM’s Watson technology gets close to useful data analysis and actual cognitive computing applications. IBM offers the capabilities of Watson via the cloud, allowing easy adoption of the technology. IBM’s Watson is capable of processing natural languages and provide insights based on them. At the current stage, it also supports image analysis and derives useful information to the end users. These analysis are done by machine learning by looking at current data available on the internet. To find out more about the available APIs from IBM, visit http://www.ibm.com/smarterplanet/us/en/ibmwatson/developercloud/

Singapore needs to build our own cognitive computing artificial intelligence to target and cater to our own specific needs. The future of our Smart Nation is currently still in its research and development stage. We will possibly start to see computer systems with decision making rights in the future.