LeEco Leads “Negative Profit for
Hardware” Era with Cross-category Launch of CDLA Superphones, TV, EV and
VR
(April 21, 2016, Beijing) On April 20,
LeEco held a grand cross-category product launch event at LeSports Center in
Beijing, attended by 2,600 journalists and nearly 8,000 LeFans from around the
world, where it launched unprecedentedly four new devices across four
industries, including Le 2 Superphones, Super TV, Le VR and self-driving Super
EV. The four devices belong to four industries yet have the same brain, the
same nerve center and the same bloodline and share the same ecosystem.
Le 2 is the world’s first flagship phone
to support the LeEco-initiated Continual Digital Lossless Audio (CDLA) standard
which is accredited by the Chinese Musicians Association and takes the music
industry into the continual digital lossless audio era, representing the second
offensive against iPhone. 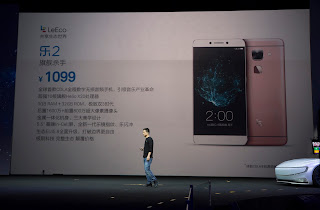 The Le 2 series is available in three
variants: Le 2, Le 2Pro and Le Max2. While continuing the first generation’s
popular features such as boltless exterior design, bezeless display, Type-C,
and metal unibody, the second-generation series is thinner with guaranteed
performance and a longer battery life and even more aesthetically appealing in
every detail and as a whole. In particular, it radically does away with the
3.5mm earphone jack to provide users with the revolutionary Type-C digital
lossless audio experience, breaking a paradigm that has been unchanged in the
earphone industry for three decades and ushering the music phone industry into
the CDLA era.
The flagship Le 2Pro, treated with a
three-level anodic oxidation process for the first time in the industry, gets a
new refresh with new bezeless ID 3.0 screen in infinite design to provide a
completely immersive visual experience. The three-level anodic oxidation
process is the result of ten months of intensive R&D efforts with a total
investment of more than RMB 20 million, including personnel, material and
equipment costs. The top-of-the-line Le Max2 continues Le Max’s symmetrical
design in the unique “dopamine red” created by applying color
psychology insights to be emotionally appealing and pleasing to the eye. The
power and volume buttons are also ingeniously designed and masterly crafted. Le
Max2 is also among the world’s first smartphones to be powered by the Qualcomm
Snapdragon 820 processor and the world’s first commercially available
metal-body phone to offer the ultrasonic fingerprint scanning feature.
The
Le 2 Superphones are still offered at a negative profit for hardware as LeEco
continues to promote the hardware freebie model in a bid to advocate an all-new
ecosystem consumption pattern and usher the industry into the ecosystem era. 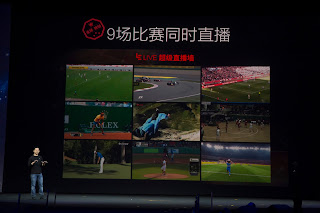 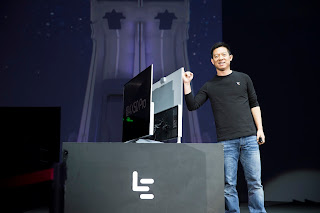 During
the launch event, LeEco also unveiled its fourth-generation Super TV lineup –
Super 4 X50 Pro (RMB 2,999), Super 4 X50 (RMB 2,499) and Super 4 X50 CSL
Edition (RMB 2,699). All the three products are offered at prices below their
mass production cost prices with subsidy from the larger LeEco ecosystem to
lead the TV industry to the “negative profit for hardware” era. 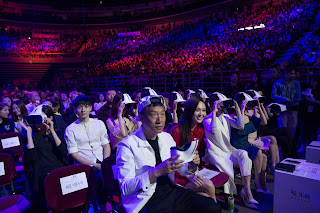 The greatest highlight of the launch
event was LeSEE’s first self-driving concept car. LeSEE co-founder and
global vice president Ding Lei gave an introduction to the LeSEE concept car
which has an immediate “Internet feel”, with a super-cool ultra-size
LED display on the front to display vehicle status. Positioned as an intelligent
Internet car, it can drive and learn autonomously with extensive novel
functions including face recognition, emotion recognition, environment
recognition and road recognition and has received 804 patents worldwide. LeEco
has applied for over 10,000 patents worldwide which span nine areas including
phone, TV, car, EUI, VR and cloud, demonstrating the power of innovation based
on ecosystem synergy. 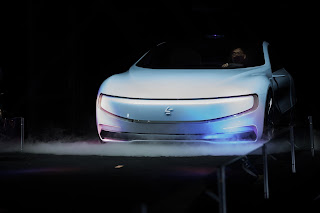 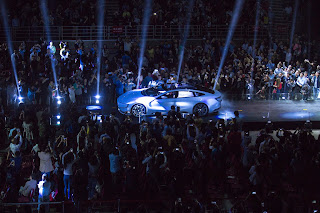 During the event, Jia Yueting, LeEco
founder and CEO of LeEco, and Ding Lei demonstrated the self-driving function
of the LeSEE concept car, using a Superphone to control the car remotely, with
its state-of-the-art intelligent connectivity package being highly praised by
the audience. Ding Lei disclosed that the ecosystem-empowered intelligent
Internet car will be showcased at Auto China 2016 to be held five days
later. 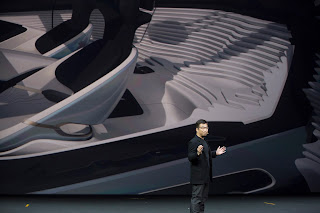 In
addition, LeEco also released its latest EUI 5.8 OS which achieves historically
nine-camera live video streaming, representing a giant step forward from the
3-camera live video streaming introduced at last year’s 4/14 launch event.
Speaking of the 3-camera live streaming, Jia Yueting said then that it would be
difficult for Apple to introduce a similar thing even within two years.
The
4/20 “Ecosystem without Borders” launch event set a number of records.
It achieved for the first time global VR live streaming, making it possible for
over 1,000 journalists and countless LeFans, including those from North
America, India and Hong Kong, to witness the event in a lifelike setting in
real time. At the event, LeEco’s new VR product designed to work perfectly with
Superphones also made its debut, providing a fascinating immersive experience
to users.
The event was not only the world’s first
VR-enabled but also the world’s first interactive live-cast launch event,
introducing the all-new “live lottery” launch event model. The 4/20
launch event was broadcast live on nearly 100 online video sites and became the
world’s first product launch to be live-streamed on Facebook which is one of
the cloud sharing distribution channels of LeEco, setting a new record.