Review of Sony’s Xperia Z3+ Android Smartphone : Is it worth the upgrade to the latest Xperia Z5 ?

Home » Review of Sony’s Xperia Z3+ Android Smartphone : Is it worth the upgrade to the latest Xperia Z5 ?

Sony
has just not long ago released their new flagship Z5 smartphone for the market,
but since we have got its predecessor, the Sony Xperia Z3+ in our hands, we
thought that we could might as well take a look at it and compare it to the new
flagship. This will also help our readers understand the improvements that have
been put into place in the new Xperia Z5 smartphone.
The
Sony Xperia Z3+ smartphone was deemed by many as a disaster. Although it looked
great in terms of its design, retaining the sleek and slim look that defines
all Sony flagship smartphone, it was bugged by a huge heat issue. The phone runs
really hot. So hot that it could even shut down itself or close down the camera
application to cool the phone down. Today, we are going to specifically look
into the goods and the bads of the Sony Xperia Z3+, so as to let us look
forward to the new flagship. Hopefully, this will let you make a better
decision on your purchase of the new Sony Xperia Z5 smartphone. 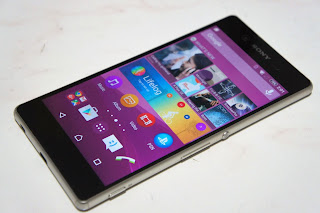 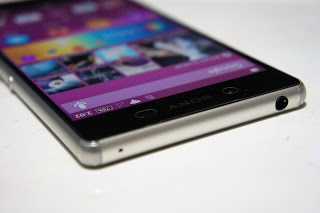 The
highlight of the Sony Xperia Z smartphone series is its unique sleek and chic
design. Sony has retained the essence of this design from the first generation
of the Xperia Z series, which was a huge hit with the youngsters and
professionals. This design was able to really standout from any other
smartphones in the market and it’s really no marketing gimmick. The feel on the
Sony Xperia Z smartphone is one of a kind. 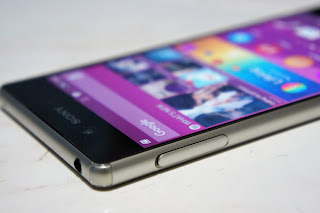 The
signature design starts off with well-defined edges that makes the phone much
more rectangular than the usual round. This adds a great deal of classy factor
to it. Moreover, the use of frosted shiny material for the sides of the phone also
adds an impression of a sturdy device. At the back, Sony has decided to go with
glass for the choice of material. Particularly, we thought that it would
complement well with whole design of the phone, but it was a real annoyance as
it was a fingerprint magnet. 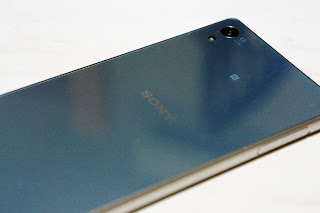 The
simplistic design integrates well with the buttons that are placed at just the
right place. The power and volume buttons are just right for the thumb to reach
when held in a portrait orientation. To allow users to know the difference
between the power button and the volume buttons by the sense of the touch, both
the buttons also come in different shapes. Additionally, the camera shutter
button allows easy capture of photos, just like how you would do with a
traditional camera. It even supports “half press”, essentially allowing the
image to focus before the image is captured. 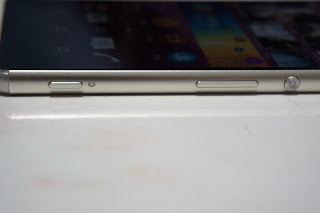 Sony Xperia Z5 : The flagship Sony
Xperia Z5 retained the best and did away with the bad. The Z5 had very similar
designs with the Z3+, but changed the glass at the back to a smooth and matt
plastic finish. The change does not take away the premium feeling of the
smartphone, but instead brings the whole phone forward in terms of practicality
because the phone now is much more resistant to fingerprints. Adding on, the power button is now upgraded to include a fingerprint authentication sensor under it. That will really be something interesting to look out for.

If
you are looking for a smartphone that is superior in taking photographs, many
will recommend the Sony Xperia Z3+. Sony flagship smartphones are well known
for their high megapixel camera that produces great quality photos. Below are
some shots taken for your comparison. With the capabilities of taking up to
20.7MP photos, Sony is able to play with oversampling image production to make
the photos even clearer that before. Moreover, users can use digital zoom in
the phone and not worry about losing quality, as a huge amount of pixels are
captured within a single shot. In fact, this camera could possibly be better
than many point and shoot digital cameras out there in the market. 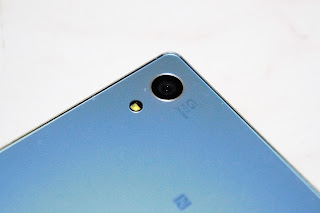 A
significant improvement to the Sony Xperia Z3+ from the previous generation
flagship was the phone’s front facing camera. Sony upped the game by
introducing a 5 MP front camera with their own Exmor R sensor. Also, the 25mm
wide angle lens also allows user to take wider selfies. It will be a seller
with users who particularly takes a lot of selfie photographs.
It
was also a joy to take high quality 4K videos on the smartphone. Videos taken
were ultrasharp, and were of a decent quality for actual production. However,
high definition video recording did cause some heat issues with the smartphone
and caused the camera app to shut down by itself. This problem will be talked
about in the later part of the review.
Sony Xperia Z5 : Sony is claiming
that their new flagship, Sony Xperia Z5’s camera is “far ahead of the
competition”. Based on various reviews on the internet, the results were
apparent that Sony Xperia Z5’s camera was indeed a notch better than
competitor’s. There was good autofocus, detail preservation, good noise level,
white balance and colour rendering. 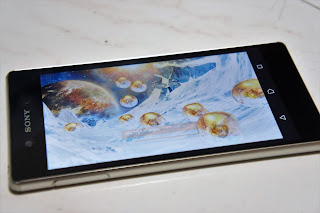 Equipped
with Qualcomm Snapdragon 810, one of the world’s fastest mobile computing
processor, the Sony Xperia Z3+ is promised with unprecedented performance. The
Z3+ was able to get high scores in all performance benchmark tests. We were
also sure that games will run smoothly on its high resolution Full HD display
as well. However, it seems that the strength of this phone became its own
nemesis when heat issues started to kick in.
With
an abundant 3GB of RAM, users can also run multiple applications at the same
time without worrying that the phone will slow down too much. 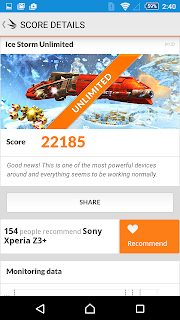 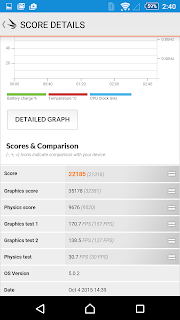 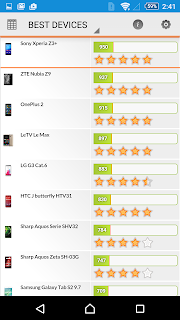 The
whole world was amazed by the fact that the Xperia Z lineup of smartphone IP65
and IP68 certified, technically meaning that the smartphones are dustproof and
waterproof.  It brings a dimension of
usage to the Xperia Z smartphones. People started taking out the phone to take
photos underwater to capture photos and videos underwater. Just imagine… 4K
underwater video footages? That sounds way cool. 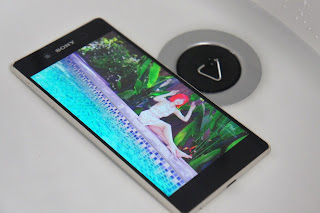 Sony Xperia Z5 : Still made and
certified to be IP65 and IP68

While
many new flagship smartphones from other manufacturers have went ahead and used
2K resolution displays, Sony has decided to stick with a Full HD 1920 x 1080
display. Although we cannot see much difference from the two different kinds of
resolution with our naked eyes, we understand that the adoption of either has
its pros and cons. The “lower” Full HD resolution in Sony Xperia Z3+ promises a
longer battery life, yet not compromising on display quality. 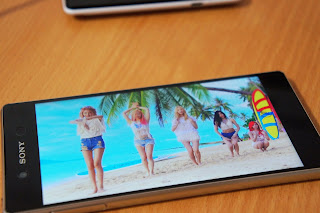 It
probably does not make sense remove microSD card storage expandability features
from flagship smartphones. While competitors are removing such features luring
end users to purchase the pricier, higher built in storage capacity models,
Sony has decided that they will only manufacture a single model with 32GB of
built in storage space as the bare minimum, and allows users to expand their
storage with microSD cards. It really shows how much Sony has got their end
users in mind, rather than only thinking about ways to earn more profits. 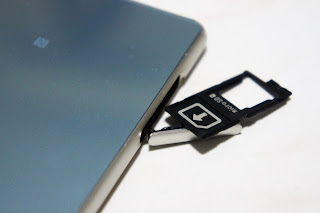 The
only problem with the Sony Xperia Z3+ that makes it a real deal breaker was the
heat issues with this smartphone. With the introduction of the latest flagship
Qualcomm Snapdragon 810 Octa Core processor, Sony had to find ways to tame the
beast and not let it run too hot. Sadly, much of the hopes were lost when we
realised that Sony did not do a good job on bringing the power hungry demon’s
temperature down. 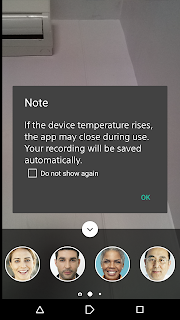 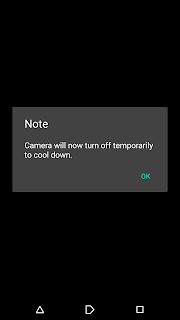 When using the AR feature on the Sony camera app,
temperatures will go way beyond the acceptable range, to a point when the
application has to shut the camera down to prevent any damage to the phone. The
phone also heats up quite quickly when playing games or running any computing
heavy applications. Sony was also aware of the issue and sent out updates to the
smartphone, but it seems that these updates were limited in the effectiveness
of solving the problem. 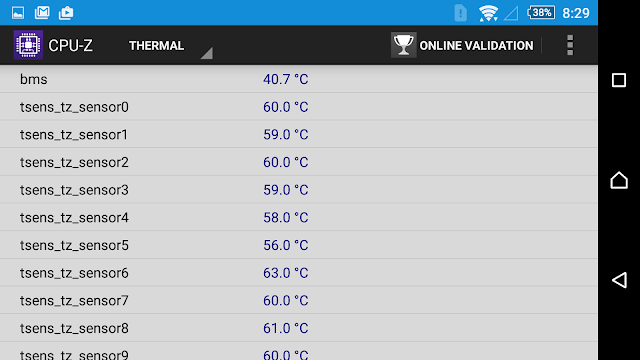 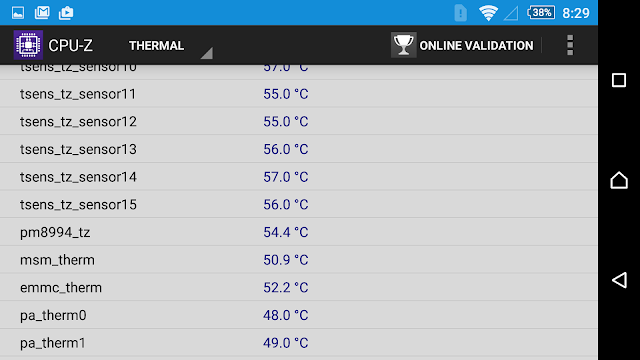 This makes the
Sony Xperia Z3+ impossible to recommend, as heat was really a huge issue. We
would have much preferred if Sony removed its AR or 4K recording feature, if
they know that there would be heat issues with the device. It would not have
given users the impression of the heat issue that is bugged with Sony Xperia
flagship devices.
Sony Xperia Z5 : Sony integrated a
dual heatpipe design within the smartphone to deal with the heating up issue.
Conclusion
With
out of the world features that no other competing brands can pair up to, Sony
Xperia Z5 will definitely be a new device worth looking into. Instead of a
completely brand new device, we thought that the Z5 should be what the Z3+
would have been in the first place. We are definitely looking forward to get
our hands on the new Sony Xperia Z5. As long as Sony is able to get the thermal
problems off their flagship smartphones, we know that these devices are going
to be a hit and are here to stay for long. 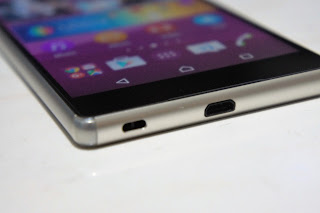