Home » Your ONE Vote Decides the Next “Free Game”! PlayStation®Plus New Feature “Vote to Play” Starts from 13th August on PlayStation®4!

Your ONE Vote Decides the Next “Free Game”!
PlayStation®Plus New Feature “Vote to Play”
Starts from 13 August on PlayStation®4!
Singapore, 12th August 2015 – Sony Computer Entertainment Hong Kong Limited Singapore Branch (SCES) announced today that “Vote to Play,” a new feature for the PlayStation®Plus (PS Plus) membership service, will start from 13th August, 2015 for PlayStation®4 (PS4™) users.
Vote to Play” is a new feature for PS Plus which allows members to vote on the PS4™ title they want to play the most. The title with the most votes will be included in the future “Free Game” lineup.  PS Plus members can cast their vote by logging on to a PS4 system with their PlayStation®Network account, and accessing the Vote to Play link under “What’s New,” “Notifications” or in PlayStation®Store when voting begins. In addition, users can always view the current standings of titles during the voting period, and they can change their vote at any time.
Voting will start from 11.30pm on 13th August, 2015 (Thursday ), and will close at 1159hrs on 24th August (Monday). The final result will be announced on 26th August. On 3rd September, the title with the most number of votes will be provided as part of the “Free Game” lineup for PS Plus members. In this first promotion, the second and third place titles will be available at a 30% discount for PS Plus members from the 3rd to 16th September.
SCEH will continue to further enhance the features of PS Plus through introductions of new features, such as Vote to Play.
Outline of the first round of “Vote to Play”
Voting period: 13th August (11.30PM) to 24th August (11:29pm)
Final result: 26th August
Available on “Free Game” and discount: 3rd September
Platform: PlayStation®4
Subject titles: Below 3 great as-yet unreleased titles (※In alphabetical order of title)
■“Armello” League of Geeks Pty Ltd 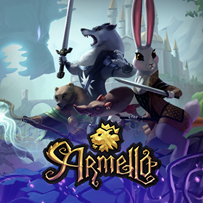 PS4™ game “Armello” is a grand swashbuckling adventure that combines three styles of play; The deep tactics of card games with the rich strategy of table top board games, combined with a character role-playing system. PS Plus members can vote to enjoy this revolutionary role-playing strategy board game.
■“Grow Home” Ubisoft 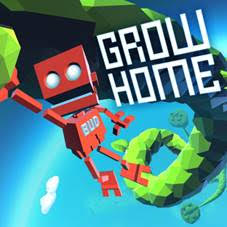 PS4™ game “Grow Home” allows players to experience the freedom of unbounded climbing as players take control of BUD, a procedurally animated robot on a quest to save his planet. Create a unique path through an alien world as players control and ride a giant plant on a vertical journey to the stars.
■“Zombie Vikings” Zoink AB 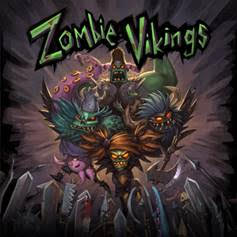 PS4™ action game “Zombie Vikings” is developed by the creators of “Stick It to The Man”. Embark on a dead funny adventure by playing as the most fearsome zombie Vikings in single mode or with up to 3 friends offline/online. More than 25 levels, 8 different worlds, 40 weapons and more are featured.
For more details on “Vote to Play” and PS Plus, please refer to the link below:
http://blog.asia.playstation.com/sg-en/1893/2015/08/ps-plus-vote-your-monthly-free-game/