Parallels Launches Parallels Access 3.0 Remote Access App and Service with New File Sharing and Apple Watch Support Capabilities
Today’s On-the-go Professionals are Always Connected and Parallels Access 3.0 Puts the Power of the Office and Home Computer in the Palm of Their Hand 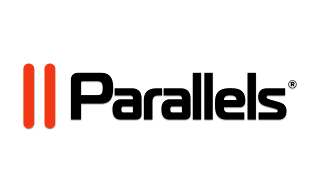 Singapore –August 12, 2015– Parallels®, today introduced an update to its Parallels Access™ app (www.parallels.com/access) for remote access to PCs and Macs1. Launched on both iOS and Android platforms, Parallels has added large file sharing for both that requires no cloud service and wastes no time uploading files of any size, with the ability to manage everything from the desktop agent. As part of this launch, Parallels is introducing a companion app for Apple® Watch, providing users with the ability to see remote computers and initiate a connection for an even better remote experience.
“The need to do more on mobile devices has been a growing trend among both consumers and business professional alike. Our latest Parallels Access update brings new features that make it easier than ever before to get work done with native touch gestures on mobile devices, as well as from any computer with a web browser,” said Jack Zubarev, president of Parallels. “Parallels Access makes every application and file on your remote work and home computers available at your fingertips no matter where you are, so you can be productive on the go.”
Parallels Access transforms mobile devices into more powerful computing machines by allowing them to remotely run any application, edit documents, and search through and access all the files on a remote computer through a universal file manager. It also allows you to use any computer with a modern web browser to access and run everything on your remote computer without requiring any plug-ins or extensions. Parallels Access is ideal for professionals who want to travel light, but still access all their computer files on the go, or a home user that just wants the peace of mind knowing that all of their files and photos are available with a tap or click from anywhere in the world. The unique “Applification™” technology of Parallels Access makes desktop apps behave like native apps on tablets and phones.
“As the market shifts increasingly towards mobile applications, solutions that can further turn a mobile device into a powerful computer are becoming increasingly necessary,” said Laura DiDio, information technology analyst and principal of ITIC. “The latest update to Parallels Access further extends this invaluable functionality to make the practice of working remotely from your mobile device more efficient and powerful.”
With an eye toward helping people play their favorite computer games from mobile devices, Parallels Access has added experimental support for Gaming Mode for iPad, empowering them to access and play games in a more interactive way. The feature offers improved controls, with a control editor that enables users to create customized touch-based command shortcuts to games such as: Diablo III®, Elder Scroll®: Skyrim, NFS Rivals, League of Legends and Borderlands® 2.
Additional Features for Both Android and iOS Include:
·        Universal File Manager with local file support, cloud storage, file previews and access to photos
·        New “remoteless” connection for File Manager–connect to a computer to access files without taking over the screen
·        Ability to transfer files from a remote computer to other apps on iOS and Android
·        Enhanced file preview for files on a remote computer–now supports Microsoft Office files
·        Improved Wake-on-LAN feature which offers additional ways to wake a remote computer
·        Ability to work with multiple monitors in a web-browser session from a remote computer allowing the user to switch between available displays, or see them all at once
·        Access to photos on a mobile device from the desktop agent, including the ability to take photos and copy them to a remote computer
Additional Updates for iOS Only Include:
·        Universal support for portrait and landscape for enhanced usability
·        New OneDrive support for cloud storage in addition to existing support for Google Drive and Dropbox providing consumers additional options
·        File previews in icons through File Manager for easier navigation
·        64-bit support for new CPU architecture on iOS devices
Availability, Pricing and Hardware Requirements
Parallels Access is available in the Apple iTunes App Store and on Google Play with a one week free trial. Individual subscriptions are available for purchase for $19.99 for one year or $34.99 for two years. Users can access up to five remote computers from an unlimited number of iOS and Android tablets and phones or computers with a modern web browser. As a limited-time, special offer, new customers who purchase Parallels Access can get a two-year subscription for $29.99.
Hardware Requirements:
Remote computers can be a PC running Windows 10, Windows 8.1, Windows 8 or Windows 7, or a Mac running OS X El Capitan (experimental support), OS X Yosemite (10.10) or OS X Mavericks (10.9).