OPPO kicks off the festive long weekend with R7 launch ahead of schedule!

Home » OPPO kicks off the festive long weekend with R7 launch ahead of schedule! 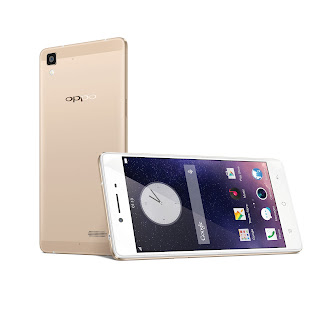 It’s Hari Raya this friday, and here’s another reason to get excited — the OPPO R7 will be available in stores tomorrow! Originally slated for release this saturday, the speedy R7 has raced into stores a day ahead of schedule.A fast device in more areas than one, it is one of the few smartphones in the market with a 3GB RAM. Along with OPPO’s New Flash Shot feature, which has continuous focusing to cut down on focus lag, the OS updates in the R7 lets it perform quicker and more energy efficiently. Its VOOC Flash Charge mini charging system also helps it charge up in a jiffy!The OPPO R7 willbe available at the  OPPO concept store (Suntec City Tower 3, #01-627) and at all M1, Singtel retail stores. 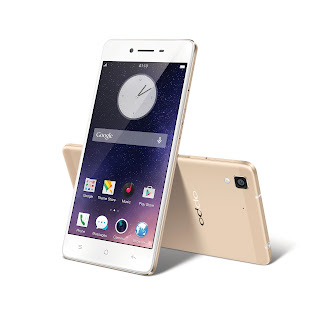 The OPPO R7: Speed and style with unparalleled quality in construction and durability 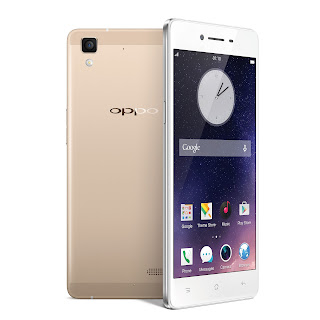 [Singapore, 10 July 2015] – Launching this month, the R7 showcases all the hallmarks of OPPO construction – beauty seamlessly integrated with rapid performance, innovation and quality, boosted with OPPO’s keen eye for detail. The R7 is the first in its range, with the R7 Plus to follow. Faster and even more geared towards performance, it is an upgrade from its already powerful predecessor, the OPPO R5.

Said Sean Deng, Managing Director of OPPO Singapore, “The R7 was carefully conceptualized to deliver a smartphone with improved performance and speed. OPPO took customer feedback and user needs into consideration to create an enhanced device that would meet their demands.”
‘Violin-Arc’ Back Design & 2.5D Arc Edge Screen Its back adopts a unique ‘violin-arc’ design that lets it sit perfectly in the palm of one’s hand. A parallel of the dual curves of its 2.5D Arc Edge screen, the visual play of light and shadow gives the R7 a sleek, streamlined appearance.

Premium Metal Unibody
The R7’s stylish body is crafted from a single piece of aircraft-grade aluminium-magnesium alloy. With a 92.3% metallic ratio, it has unmatched strength and durability. Each body piece undergoes a stringent 48-step polishing process, resulting in an exquisite velvety metallic finish that is pleasing to both the aesthetic and tactile senses.

Featuring a 3GB RAM and 8-core processor, the R7 loads apps and operates in a flash. The increased performance ability means that smartphone gamers can look forward to a smoother gaming experience and reduced in-game lag. The R7 also comes with 4G Dual-SIM slots.

The R7 operates on the latest update of OPPO’s signature ColorOS 2.1, based on Android 4.4. Along with updates to gesture motion and screen-off gestures, ColorOS 2.1 also improves on OPPO smartphone performance speeds and introduces new features. The R7’s boot time is 30% faster than before, with app activation and loading times shortened to just 311 ms, and the OS update provides added energy-saving feature.

New features include Smart Clearance, which is a passive utility that helps free up space in the R7’s available memory by wiping previously deleted items from the phone’s memory after 10 minutes of idle time. Nighttime users can also rejoice at the built-in Eye Protection feature. The anti-glare feature reduces the strain on the user’s eyes by lowering screen brightness for added comfort – especially for use in low-light conditions.

The Length Screen Capture function, an add-on to existing screen capture capabilities, allows users to share humorous conversations or lengthy online articles without the need for picture combination apps. Users can take ‘scrolling’ screencaps down the length of a screen at just one touch, up to 8 consecutive pages.

OPPO VOOC Flash Charge Mini
Like others in OPPO’s range of premium smartphones, the R7 comes bundled with their revolutionary VOOC Flash Charge system. One of the fastest chargers in the market, OPPO’s VOOC technology can bring an empty battery to a 75% charge in just half an hour.

Launching on 18 July, the R7 will be available at the OPPO Concept Store in Suntec City Mall, Tower 3, and retail at $569. In conjunction with the nation’s Golden Jubilee, the R7 comes in classic silver, and celebratory golden. OPPO’s 24-month extended warranty, introduced in June, will apply to all R7 smartphones purchased.