YuMi, another step in ABB’s Next Level strategy, heralds a new era of robotic coworkers that
are able to work collaboratively on the same tasks with humans while still ensuring the safety
of those around it. 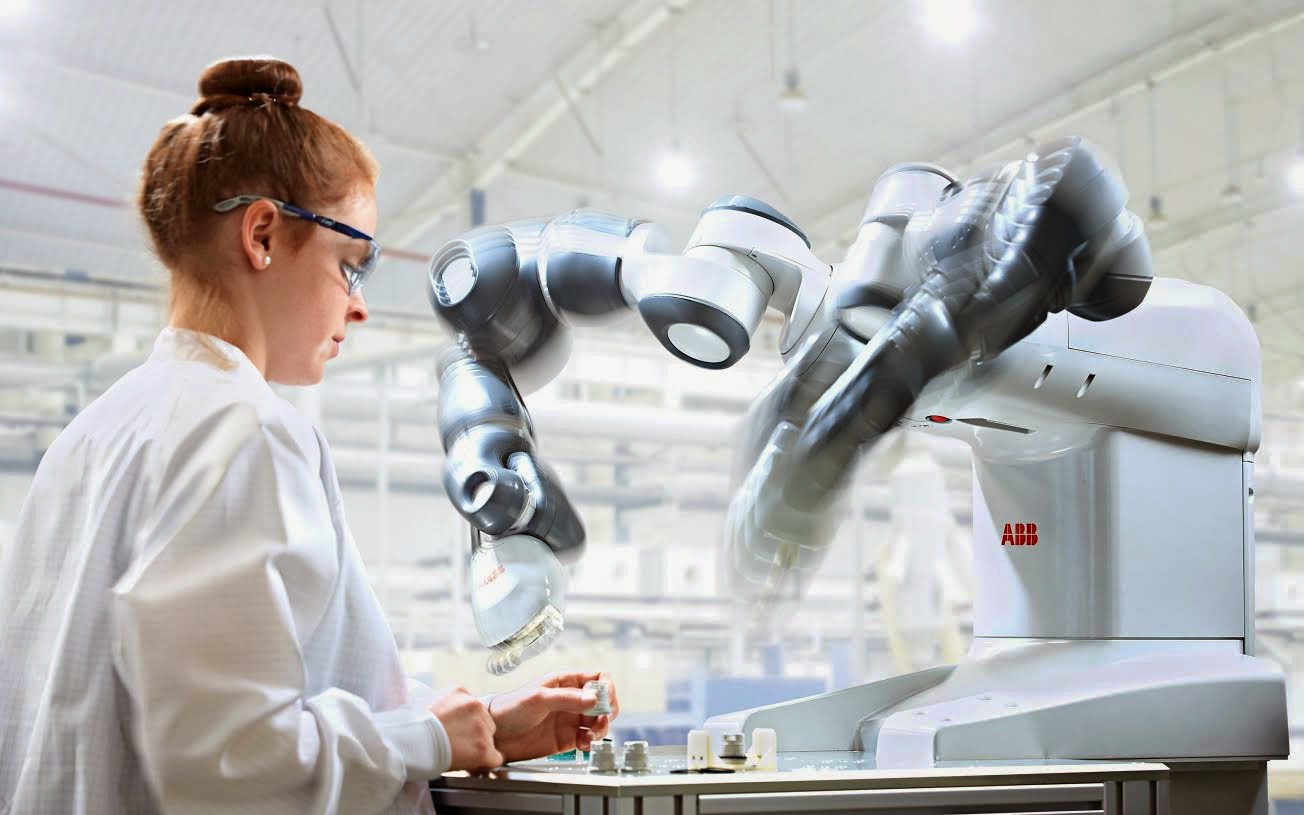 YuMi’s introduction is another step in ABB’s Next Level strategy aimed at accelerating sustainable
value creation. The strategy is building on ABB’s three focus areas of profitable growth, relentless
execution and business-led collaboration. The company is driving profitable growth by shifting its
center of gravity toward high-growth end markets, enhancing competitiveness and lowering risk in
business models.

“The new era of robotic coworkers is here and an integral part of our Next Level strategy,” said ABB
CEO Ulrich Spiesshofer. “YuMi makes collaboration between humans and robots a reality. It is the
result of years of research and development, and will change the way humans and robots interact.
YuMi is an element of our Internet of Things, Services and People strategy creating an automated
future together.”

In 1974, ABB introduced the world’s first microprocessor controlled, all-electric industrial robot and
kick-started the modern robotics revolution. ABB now has an installed base of more than 250’000
robots worldwide. With the introduction of YuMi, ABB is once again pushing the boundaries of robotic
automation by fundamentally expanding the types of industrial processes which can be automated
with robots.

Few production arenas are changing as quickly as small parts assembly. The electronics industry, in
particular, has seen demand for products skyrocket past the supply of skilled labor. As conventional
assembly methods diminish in value, manufacturers are finding it strategically and economically
imperative to invest in new solutions.

BCG Research for example predicts that by 2025, adoption of advanced robots will boost productivity
by up to 30 percent in many industries and lower total labor costs by 18 percent or more in countries
such as South Korea, China, the U.S., Japan, and Germany.

While YuMi was specifically designed to meet the flexible and agile production needs of the consumer
electronics industry, it has equal application in any small parts assembly environment thanks to its
dual arms, flexible hands, universal parts feeding system, camera-based part location, lead-through
programming, and state-of-the-art precise motion control.

YuMi can operate in very close collaboration with humans thanks to its inherently safe design. It has a
lightweight yet rigid magnesium skeleton covered with a floating plastic casing wrapped in soft
padding to absorb impacts. YuMi is also compact, with human dimensions and human movements,
which makes humans coworkers feel safe and comfortable—a feature that garnered YuMi the
prestigious “Red Dot ‘best of the best’ design award.”