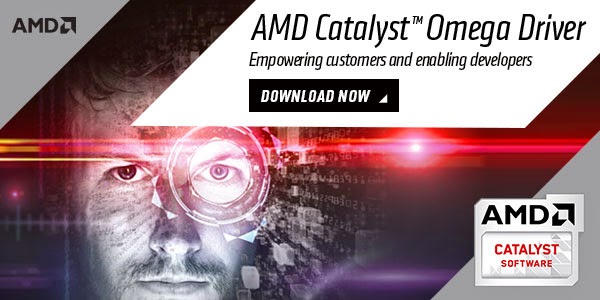 The AMD Catalyst™ software suite is engineered to unlock new capabilities in AMD APUs and AMD Radeon™ GPUs based on GCN architecture. Download the latest update, the AMD Catalyst™ Omega driver, for enhanced performance, reliability, and energy efficiency – with no extra cost:

a user experience as intuitive, reliable, and enjoyable as possible.3